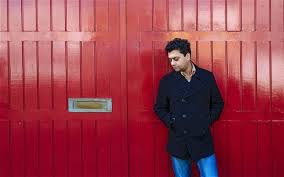 Neel Mukherjee has made the shortlist of the Man Booker Prize (September 9, 2014).

It’s the first year the prize has been opened to all authors writing in English, regardless of nationality. Howard Jacobson is in the running to be the first British man to win twice. Joshua Ferris, Richard Flanagan, Karen Joy Fowler, Howard Jacobson, and Ali Smith make up the rest of the shortlist.

The judges praised the ‘depth and range’ of the list, which includes writers from Britain, the United States and Australia.

‘We are delighted to announce our international shortlist. As the Man Booker Prize expands its borders, these six exceptional books take the reader on journeys around the world, between the UK, New York, Thailand, Italy, Calcutta and times past, present and future.

‘We had a lengthy and intensive debate to whittle the list down to these six.  It is a strong, thought-provoking shortlist which we believe demonstrates the wonderful depth and range of contemporary fiction in English.’

The 2014 judges will now re-read the shortlisted titles in order to select the winner, whose name will be revealed on Tuesday 14 October 2014 at a ceremony at London’s Guildhall. The winner announcement will be televised by the BBC, the prize’s media partner.

The rules of the prize changed at the end of 2013, to embrace ‘the freedom of English in all its vigour, its vitality, its versatility and its glory wherever it may be’, opening up to writers beyond the UK and Commonwealth. Other changes this year include the number of books a publisher can submit, based on their success in longlists over the previous five years.

The shortlisted authors each receive £2,500 and a specially bound edition of their book. On winning the Man Booker Prize, an author will receive a further £50,000 and can expect overnight fame and international recognition, not to mention a dramatic increase in book sales.

Mukherjee’s The Lives of Others set in late 60’s Kolkata centres on the lives of the wealthy Ghosh’s  – is currently tipped as the bookies favourite to win the prize.