This is shaping up to be a big year for Asian literature with new books from big name authors Rushdie, Ishiguro and Ghosh publishing new novels and volume of poetry coming from Vikram Seth. But what about the rest? Here are my top 3 picks for the year. 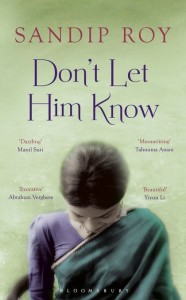 Sandip Roy has already received critical praise as “a brave new voice in Indian literature” with his enticing debut, Don’t Let Him Know (January; Bloomsbury). Roy has been compared to Jhumpa Lahiri and Alice Munroe in his style of storytelling and his strong portraits. The novel is a family tale whose main characters are driven by secrets of sexual identity that rule and shape their lives. Roy is one to watch for the future. 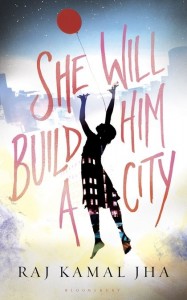 She Will Build Him a City, by the Commonwealth Prize winning author of The Blue Bedspread, has been called “explosive” and “blistering”. Raj Kamal Jha has woven a story of tenderness, violence, murder, belonging and guilt in modern Delhi. It is written in a lyrical style that veils its often shocking revelations of the dark side of the metropolis. (February; Bloomsbury) 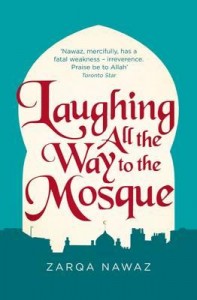 For a completely different take on diaspora identity, I can’t wait to read Zarqa Nawaz’s Laughing all the Way to the Mosque – The Misadventures of a Muslim Woman (February; Penguin). Born in Liverpool, but now living in Canada, Zarqa is the creator of the Canadian television hit, Little Mosque on the Prairie. The TV show was a very funny look at a Muslim family living in a small Canadian prairie town. Her book is a hilarious view of the same cultural challenges, as experienced by a quirky, Muslim woman. This could be one of the most entertaining books of the year.

Adrienne is an independent curator, consultant and producer of live events focused on contemporary world literature.  She is the Founder and former Director of the Asia House Bagri Foundation Literature Festival – the only festival in the UK dedicated to writing about Asia and Asians. Adrienne co-founded Anamika, a women’s educational group in India, has worked closely with the Pan Asian Women’s Association to promote Asian women writers and is a cross-cultural consultant to businesses.