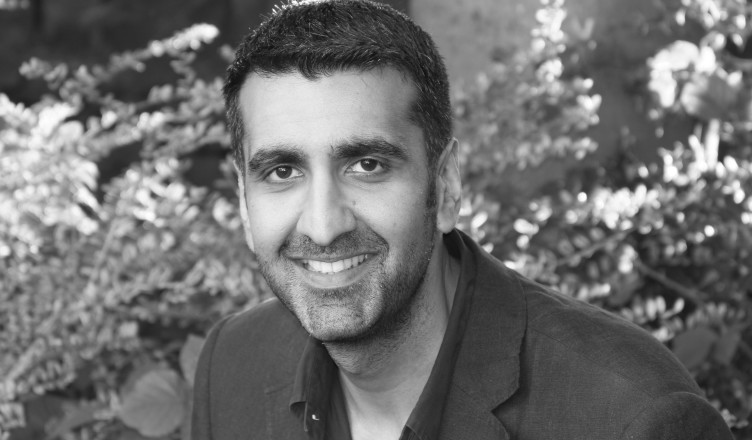 In 2008 I completed my first crime novel and sent the manuscript to twelve London agencies. I was delighted to receive interest from four and quickly signed with a marque crime-specialist agency where I began a painful journey of re-drafting the novel over the next two years. But unfortunately my agent decided the novel was not sharp enough and encouraged me to write something else.

It was tough news. Having got so far, I was back at square one. In 2012 I started writing a new novel, called Fields of Blood. It is a Linwood Barclay type thriller; an ordinary man from Bradford in extraordinary circumstances. His life is threatened by a past he knows nothing about. The journey takes him to India where he faces disturbing secrets and is forced to fight for his life.

I travelled to India and began the journey my character would ultimately take; from the chaos of Delhi to the tranquillity of Punjab. A week later, I arrived back in England with notepads filled with ideas. Six months later, I sent the novel to my agent. Whilst she loved the premise, the editor did not, and I was told the novel was not for them.

I was devastated. I believed I had taken lessons of my previous failure and written an absorbing thriller. Deep down I felt my agent was wrong but having signed with such a prestigious agency, it would take considerable courage to walk away.

Then I had a break-through.

It was the 10th December 2013 and I had just thrown my manuscript across the kitchen in disgust (a rare moment of Asian melodrama).

Then I received an email, from Graham Smith, who runs Crime & Publishment, an annual crime-writing weekend. Graham is also a well-respected member of “Crimesquad”; perhaps the best review site for crime novels. He informed me that he was impressed with my novel and had chosen it as winner from seventy novelists. First prize was an all-expenses paid place on a crime-writing weekend and the opportunity to learn from international authors.

In March 2014, I attended the workshops. The tutors gave me invaluable advice and told me Fields of Blood was intriguing and had their attention. The workshops were fantastic, focusing on what makes absorbing crime-fiction. The course changed my outlook and I would strongly recommend it to aspiring crime-writers.

After several sleepless nights, I wrote to my agent and parted ways.

I was prepared to start all over.

During this time I received interest from small publishers but I decided to follow the advice from the authors I had met at Crime and Publishment and seek a new agent.

In May 2014 I attended a two day Faber Academy workshop in London which detailed how to proceed once a novel had been completed. I utilised the information and sent letters to fifteen agencies.

The rejections arrived but so did a request for the manuscript from two major agencies. I met with both for coffee and in October 2014 signed with Simon Trewin of William Morris Endeavor (WME). Simon and his team were passionate about my novel and future writing plans and WME is the largest media agency in the world with offices in three continents. I figured signing with Simon would give me the best platform to try and engage publishers. Simon is also passionate about finding new debut novelists and relishes a challenge.

Last month, I sent my new novel, Streets of Rage to WME, which is the first in a series set in Bradford. My agent now has two completed novels and regards them both as high-calibre thrillers.

The old adage goes write what you know and my novels describe my world; a place where Asian heritage is sometimes filled with darkness but seldom explored in crime-fiction novels.

The reservation I have, is that crime-fiction is not a genre in which Asian authors have previously blossomed and whilst my novels do have a strong Asian background, they are not typical Asian novels. I write to engage everybody; my passion is thrilling readers and making them turn the page. I want to believe ethnicity does not hinder success, but rather hard-work, researching the market and ultimately writing damn-good thrillers paves the way to publication. I hope in the next few months, I am proven right. In the mean-time, I am well underway with book three.

A A Dhand is from Bradford where he was privately educated and grew up serving the local community from behind the counter of his family’s Corner Shop. In 2008 Amit completed his first novel and signed with Jane Gregory. He left the agency in 2013 to enter his latest novel into several competitions which specified he could not be represented. In March 2014 his novel, Fields of Blood beat seventy entries to win a crime-writing competition. In April 2014, Amit spent two days at a Faber Academy course in London and subsequently signed with Simon Trewin WME agency. He has just completed Streets of Rage, a thriller set in Bradford which is the first in a series of five books featuring Detective Inspector, Harry Virdee. In his spare time, he loves comedy and travelling, and has a keen interest in politics.