When I look at South Asian books in a store, their covers make me think: how many of these books can actually be about sad, pretty South Asian women? I see spices, mangoes, arches… but what is the book about? A cover is supposed to indicate what to expect from the story, the genre and any awards the book might have received. South Asian fiction covers seem to say hey, this is not just a novel, it’s a South Asian novel. Look, it has henna patterns on it.
This mystified me so much I devoted my dissertation to investigate the question: what does the packaging of South Asian books say about the Western publishing industry’s attitude and perception of South Asian fiction?

I began with the study of the function of book covers and the influence of marketing in designing covers for South Asian fiction. I also researched commodification and exoticization of culture in a globalized world and its effect on literary identities. My research was based on comparing the paperback covers of the UK, US and South Asian editions of three South Asian novels. I analysed how they’re representing the content and in depiction of South Asia. Then, readers from UK, US and South Asia were surveyed for their views on these covers and on South Asian imagery on book covers.

The research found that Western book covers tend to overemphasize the South Asian-ness of the books with less priority given to the representation of content. The covers are often stereotypical or exoticised, particularly visible in the images of women. Consider the covers below of A Golden Age and In Other Rooms, Other Wonders. The image of a torn Bangladeshi flag (A Golden Age’s South Asian cover) tells the reader more about the story than a seemingly South Asian woman with her back to the viewer. In Other Rooms’ South Asian cover shows the various ‘rooms’ and people involved in the stories. Their respective UK and US covers show faceless, aesthetically pleasing images of women, used as standard bearers for South Asian culture, with little or no apparent relevance to the story. The strapline on the US cover for A Golden Age is a review that calls the book eventful, romantic, and even uses the word exotic. 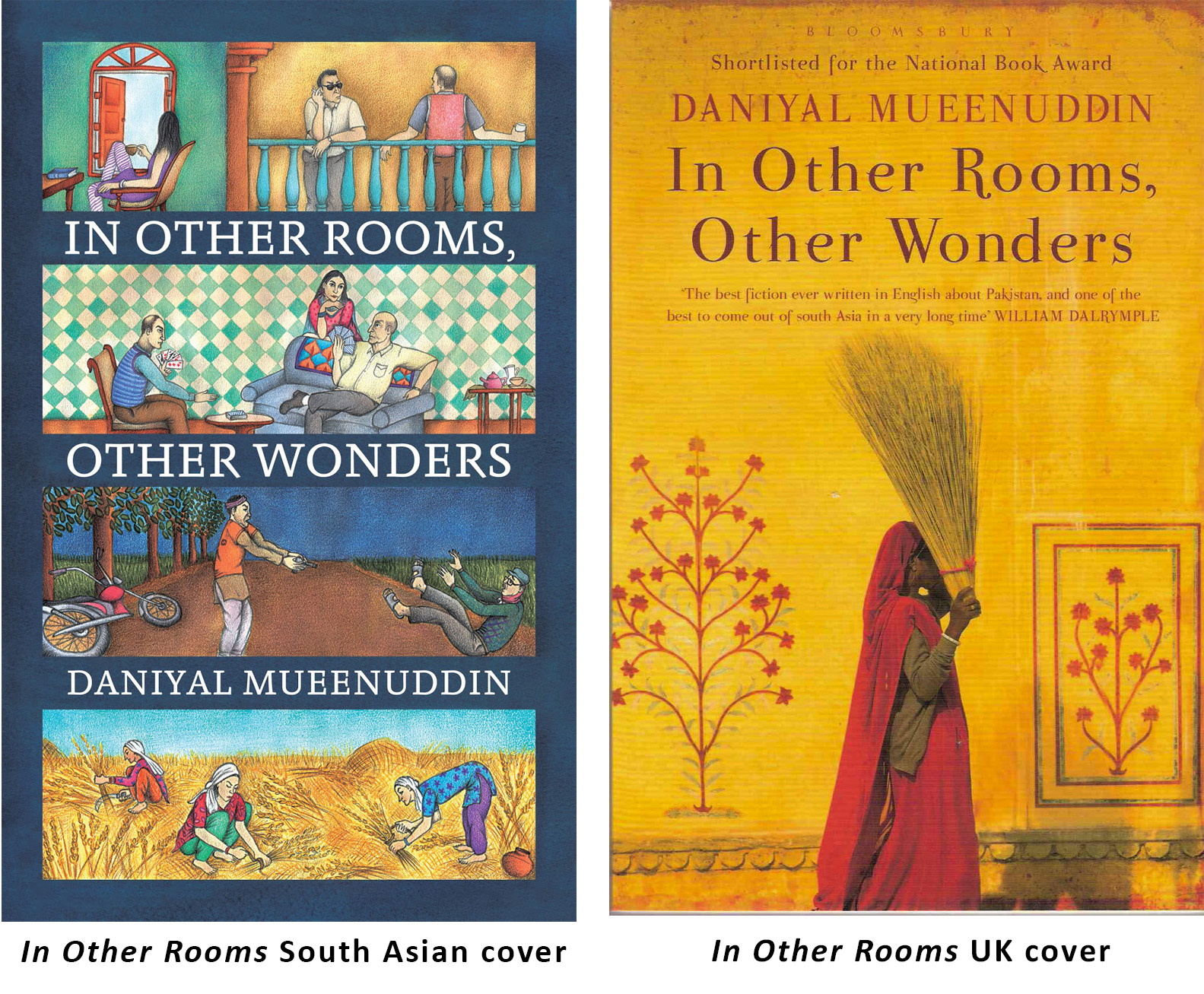 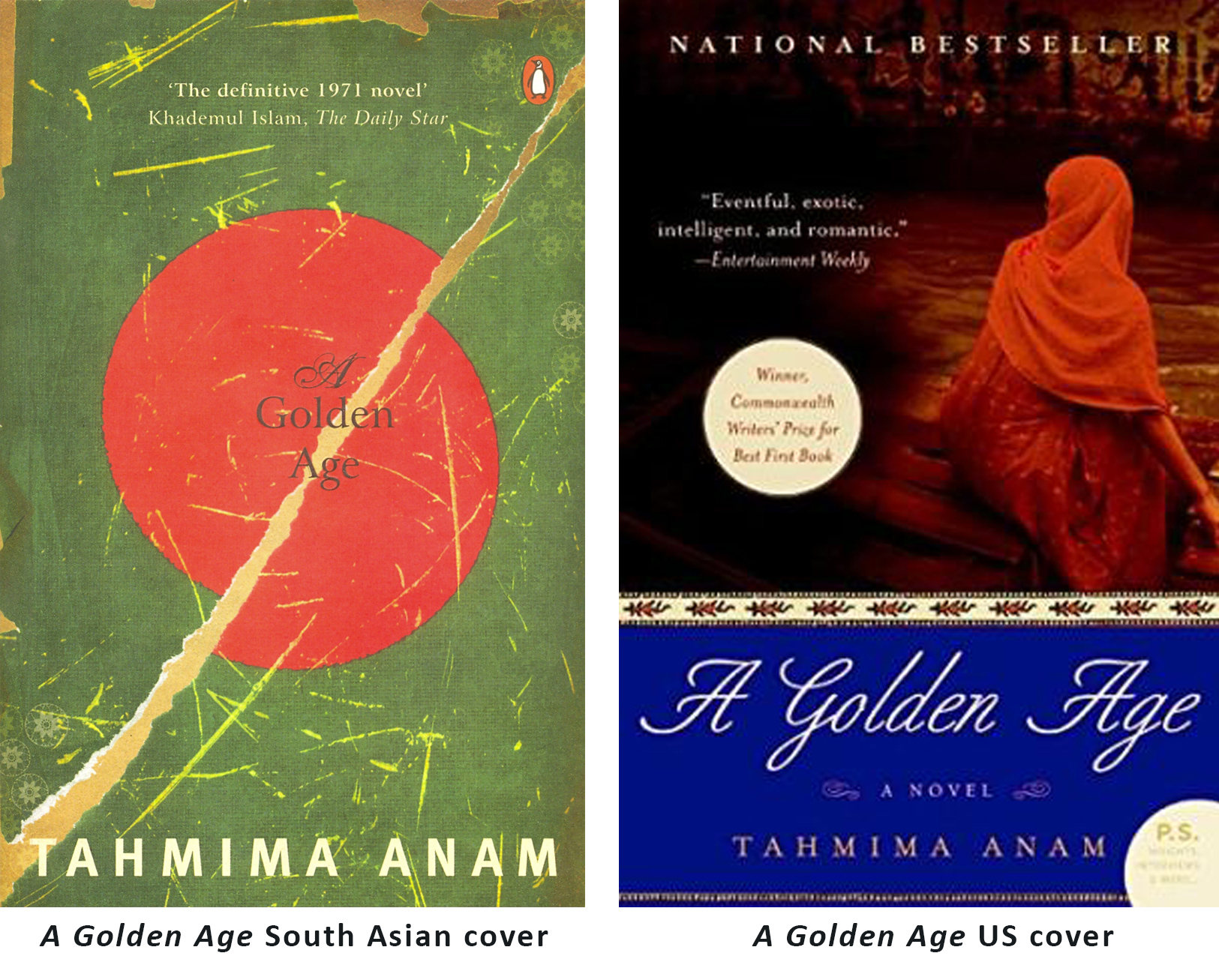 Both South Asian covers were selected in the survey as the best representatives of the story; 76% of the respondents for A Golden Age, 65% for In Other Rooms. The US cover of A Golden Age was considered generic. The UK cover of In Other Rooms was commented to be playing up to the Western notion of South Asian poverty.

The case studies showed that marketable, beautiful images seem almost always preferable to producing text-accurate covers. Moreover, the Western covers don’t strive to portray the reality of South Asia than pander to the assumed reality that suits and conforms to the Western idea of the region.
While 77% of the respondents appreciate South Asian imagery on book covers, they are aware and wary of stereotyping. This was particularly true for the Western respondents. They would prefer a depiction of the story than of its setting.

In the competitive book market, covers have to fight for the potential buyer’s attention. Signifying the genre in simple, recognizable images is one of the most efficient ways to get the message across. So, what is the difference between a figure in a hooded cloak on a fantasy cover and one with a sari-clad South Asian woman?

Simply put, the former does not represent a culture or a region and does not perpetuate cultural stereotypes and biases. Using images of South Asian women, jewelry, spices, henna patterns is not inaccurate or stereotypical in itself, but when they are placed without context, it can become symbolic rather than representational. Furthermore, when it isn’t just one cover but every other cover, that can be indicative of an insidious pattern or an acceptable norm.
It becomes controversial when identity formation and literary subcultures are discussed. Commercially motivated oversimplifications commodify and homogenize diverse cultures and countries. These covers also effect the reader by misrepresenting author intentions or the story. A person’s reading experience from the US cover of A Golden Age will be built through the planted preconception that the content is exotic.

The use of controllable, limited, stereotypical visual representations is counter-productive to evolving and fully integrating the South Asian literary identity into the world literary canon.

Dania Zafar is a MA Publishing graduate from Kingston University and a graphic designer. Her mission is to create inter-cultural dialogue and promote cultural understanding through publishing.