This month’s feature puts a spotlight on UK based writers who have found publication success in India and yet, at home, their novels remain unpublished. Here, we profile just three writers, Anita Srivakumaran,  Mona Dash and Sarvat Hasin but there are many, many more.

These writers not only face logistical challenges in terms of marketing and promoting their work, but access for UK readers can be severely limited due to poor distribution.

Srivakumaran says that although the quality of her publishers is exceptional the Indian readership is tiny compared with western markets, and the money is tiny. Dash says that she struggles to encourage local bookshops to stock her novel because they prefer to support local publishers. Hasin says this can present emotional challenges too, for it can be difficult to feel like a working writer when you can’t point to your books on a shelf. 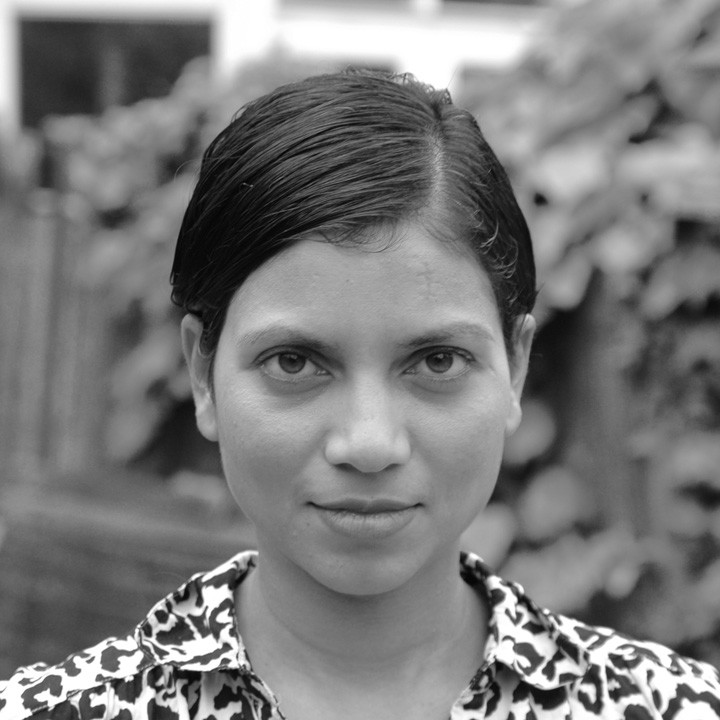 Anita Srivakumaran’s debut novel, The Queen is based on the life of J.Jayalalithaa, six times Chief Minister of Tamil Nadu, India. She became a movie actress at 16, and rose to superstardom, and transitioned into one of the world’s most powerful politicians.

“Her life story is dramatic, and (she) lived in the public eye for decades, and yet, no one knew her mind. She did not give interviews and was intensely private. I wanted to imagine her point of view in telling her own controversy filled life-story, full of ups and downs.”

Once she had finished the manuscript, Srivakumaran started researching agents. “I went about looking for an agent and had a lot of positive responses, but ultimately, I think the subject-matter was too alien to them,” she tells me. A friend offered to send the manuscript to her agent based in India, who took her on. The book was sold within a matter of days. Srivakumuaran says she was surprised that there wasn’t a better response from UK publishers, but in hindsight, she can see that the lack of UK setting, characters and story elements might have played a role.

Of all the writers featured in this piece, Srivakumaran is the most damning in her conclusions of the UK publishing scene. “I do believe the UK publishing industry works backwards when it comes to publishing everything but the highest literary fiction. They first look at the target audience, then try and determine what books this audience would buy in large numbers, rather than selling each book on its own merits. There are exceptions from small publishing houses that break the mould of course. ‘Life of Pi’ and ‘A Girl is a Half-Formed Thing’ spring to mind. Much like our universities, salespeople run publishing houses. Readers are customers.” 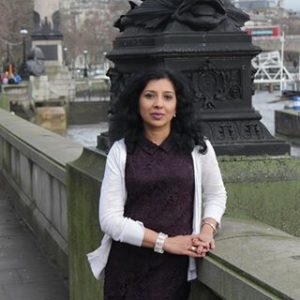 Mona Dash’s debut novel, Untamed Heart is the story of a woman named Mohini and her search for identity and freedom. Part of a traditional family in India, Mohini begins to question concepts such as love, duty, and sacrifice. Should a young woman become many different roles to many other people in a joint family, and in the process not remain herself?  The novel tackles social, contemporary issues and is one of love, betrayal, friendship and the discovery of self beyond your own boundaries.

“In Hindu mythology, Mohini is the name of Lord Vishnu in a female avatar, and a beautiful one who outwits evil.  Mohini therefore embodies the ultimate expression, bringing together the strength of a man, the beauty and intelligence of a woman. That was the reason behind the name of the character.”

Dash spent much of her life working in the Technology sector, and besides attending a Faber workshop some years ago, says she had limited knowledge about publishing in the UK. She left the workshop day feeling inspired and armed herself with a copy of Writers and Artists Yearbook and sent off her work to agents who represented writers from India like Aravind Adiga or Arundhati Roy. After receiving a pile of rejections she says she gave up and left the novel to lie for a few years.

Similarly to Srivakumaran, Dash points to subject matter being a barrier for UK editors. “I think a rejection in the UK often meant that the largely Indian theme wasn’t interesting enough for the UK.”

Dash came back to the novel many years later, re-worked it and began looking into self-publishing. She didn’t want to go through the humiliation of having her work rejected again. Before giving up on traditional publishing all together, she thought she would try looking for a publisher in India. She used Google to send out the manuscript unsolicited to a few publishers but it was a tricky landscape to navigate with some only agreeing to publish for a fee. She eventually signed up with RedInk after coming across them in an article.

“Redink represented one of the bestselling authors in India who had been rejected many times but the agent had refused to give up. I sent it to them, thinking this will be the last one, and if it doesn’t work, then I will look at self-publishing routes in the UK, but they loved the book and wanted to sign me.”

Dash believes that UK publishers are largely conservative about what is published and tend to stick to safer options, rather than take risks on new writing.

“It is really important for writers as well to write what they  want to, and not try to work within the boundaries set for them as BAME. I have said this before in an interview, where an agent told me that since it was about India, she was expecting to see more colour – but India is a vast, complex concept, and everything about India isn’t Bollywood colour.” 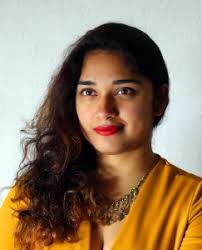 Sarvat Hasin’s debut, This Wide Night is a novel about four sisters. It’s been described as Little Women meets The Virgin Suicides in 1970s Pakistan.

Hasin wrote the novel as part of her Masters in Creative Writing, and secured an agent once she had finished. Hasin says she didn’t read many responses from publishers either in the UK or India, but her book was eventually sold to a publisher in India who immediately ‘clicked’ with the story.  “She (the editor) understood what I was trying to do with the novel and my style of writing. We worked hard on the editing process and it was occasionally gruelling but I felt supported and understood.”

Hasin says that while not having a UK publisher is disappointing, she didn’t write specifically for a UK audience. “It isn’t a piece of ethnography, meant to illuminate Pakistani culture or history. It is merely (I hope) a good story and I’m glad readers in South Asia have enjoyed it.” The novel was recently longlisted for the DSC Prize for South Asian literature.

Hasin is hopeful for change. “I think that there is a growing conversation around diversity is important and good but talking about it isn’t the only solution. We don’t just need multiplicity in the writers who get published — we also need a wider range of editors and agents to work on and find these books. It’s important to affect change especially before the publishing industry gets bored of talking about “diversity”: conversation has been a useful opener but I’m more interested in the books that come out of it than I am in the panels and think-pieces.”

“There are some excellent schemes in place to address this, Creative Access included. I have the feeling it will be some time before we can see a real change though — when books by or about people of colour are marketed for their merit and not merely their difference.”