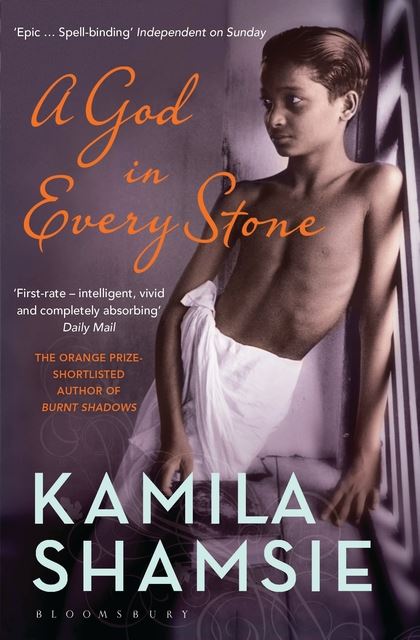 A kaleidoscopic masterpiece of empire and rebellion by Kamila Shamsie, the Orange Prize shortlisted and Granta Best of Young British Novelist.

In the summer of 1914 a young Englishwoman, Vivian Rose Spencer, finds herself fulfilling a dream by joining an archeological dig in Turkey. Working alongside Germans and Turks, she falls in love with archaeologist, Tahsin Bey, and joins him in his quest to find an ancient silver circlet. The outbreak of war in Europe brings her idyllic summer to a sudden end, and her friends become her nation’s enemies.

The following spring, in the battlefields of Europe, Qayyum Gul, a Lance Corporal from Peshawar fighting for the British, loses an eye, and is sent to recover in a Royal Pavilion in England, where he slowly begins to doubt his loyalties to the King.

Returning home, Qayyum shares a train carriage with Vivian Rose whose search for the circlet has led her to Peshawar in the heart of the British Raj. Fifteen years later, they will meet again, and their loyalties will be tested once more amidst massacres, cover-ups, and the disappearance of a young man they both love.