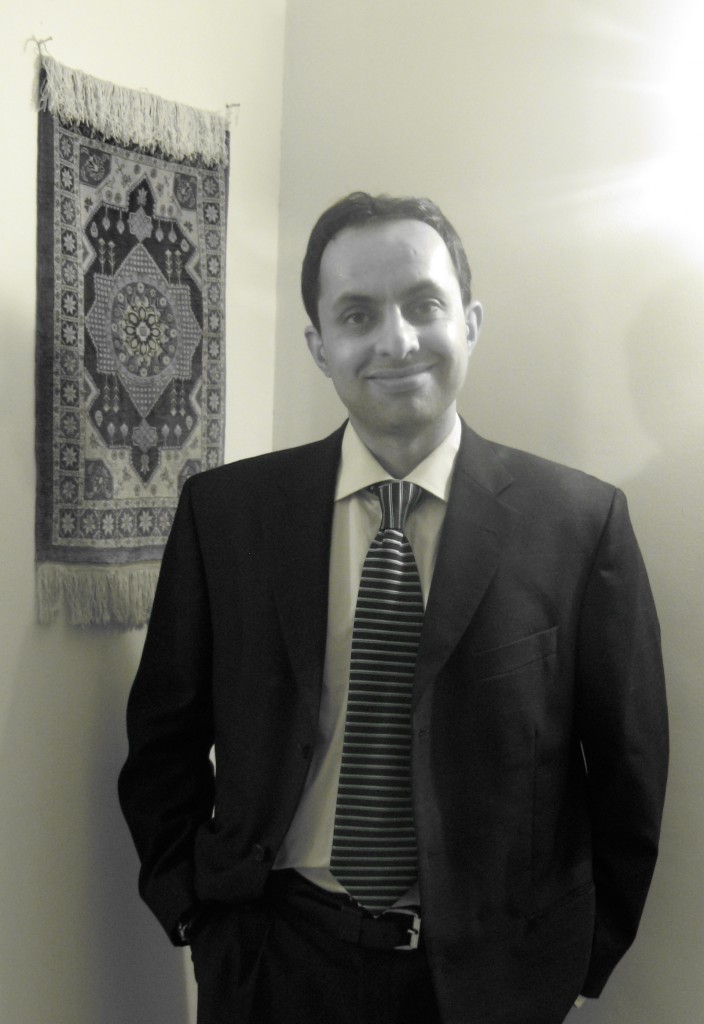 I arrange to meet Sagheer Afzal, author of The Reluctant Mullah, after meeting him at a book signing in Leicester. He is well mannered and eager to to talk about his book which has been recently been published. Fed up with the books he was reading, the former  Science teacher, Afzal took up writing as a therapeutic exercise to escape the harsh and often abusive environment of the secondary school classroom.

The story follows the antics of dreamer and ever the optimist, Musa – who after a silly prank made in jest is thrown out of a muslim boarding school and is summoned to the head of household, Dadaji. Dadaji suggests that there is no alternative  for Musa but an arranged marriage to help him face up to his duties and conform to family life. Musa – as always rebels against the idea and suggests he will find his own bride – someone he can love and adore – the perfect companion. What ensues is a hilarious journey of someone trying to find the one, with the help of family and friends along the way, in thirty days and is taught some harsh life lessons along the way.

Afzal admits that the novel is somewhat semi-autobiographical.  “Some of the experiences Musa encounters when he’s trying to find a rishta those are the things I’ve drawn from early experiences.  I am in the fortunate or unfortunate position of having a lot of funny stories to tell about the hunting for a bride.”

After a difficult day at work, where he says , he was routinely called names and found himself struggling to regain control of school children, Afzal found the writing process intense and addictive. “I would come home totally exhausted, unwind and then start writing. I found the writing to be very enjoyable and I could slip into it very easily and enjoy the flow.”

After writing the first hundred pages, Afzal found himself questioning his desire to write, and panicked. “Suddenly I was seized by fear. I thought what the hell am I doing? It was so irrational and silly. So I sent it off to an expensive literary agency in London.”

The manuscript came back, much to Afzal’s surprise with a glowing review telling him that he was a born writer. At that point he wrote the next eighty pages and began sending it to publishers unsolicited. He admits it was “totally the wrong thing to do,” and he was surprised again, when Halban Publishers came back to him and requested a meeting. He went on to to secure a publishing deal to write the rest of the book.

The novel took just over one year to write and six months to edit. It was at the editing process that Afzal found himself at the hands of the conservative editors – in a bid to curb any potential offense caused to muslims – made many changes and  “a lot of the funny bits were cut out.” On the whole he feels that the muslim community have been very positive about the book, Musa often draws direct inspiration from the Quran.  “I think they appreciate the fact that I haven’t satirised Islam I’ve just poked very gentle fun at Pakistani culture.”