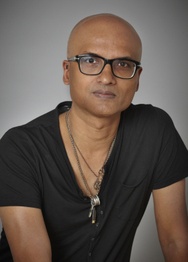 Q. Narcopolis is an intoxicating read but a very different depiction of India than we are used to. Whose India, or which India were you hoping to reveal to readers?

I was interested in revealing an India I rarely get to see in fiction. The kind of India I usually see is a place of monsoons and mangoes, saris and snake-charmers, spices and gods; in other words, it’s a country I do not recognize and have never seen, though I have lived in Indian cities for a large part of my life. I think it’s time Indian fiction moved on from its previous mode of depiction, which is a severely dated post-colonial depiction.

Q. It is often said that first novels are primarily autobiographical. Does Narcopolis reflect on any of your life experiences?

Yes, but only in the sense that all novels are autobiographical in some ways. I tried very hard to not make it a purely autobiographical first novel, because that is a cliché and though clichés are true, they are best avoided.

Q. Essentially for me, this is a book which explores ideas. The simple language and obvious lack of structure is for me just an illusion, it tackles deep complex issues and leaves you as the reader, hanging on for more. Have you spent your life thinking about writing this book? Do you consider yourself a deep thinker?

Q. What were your hopes about this book before you started writing?

I hoped I wouldn’t embarrass myself.

Q. One of the many things that grab you about Narcopolis is the way it’s written. The prologue is a few pages but only a single sentence. Did you set out to write your debut in this way or did the experimental style emerge once you got going?

I wrote the prologue about three years after I started work on the novel. The novel revealed its form to me as I worked on it over five years. When I wrote the prologue I realised I had discovered the voice for the book. I then rewrote everything with the new voice in my head.

Q. Which of your contemporaries do you think have had the most influence on your work?

My greatest influences are dead, but my friends and family have always been an influence.

Q. You’ve been short-listed for both the Man Booker and now the DSC Prize for South Asian Literature. Were you genuinely surprised at the response and the level of respect your first novel’s generated?

It was an absolute surprise. I thought I had disqualified myself from certain prizes because of the nature of my novel. I’m very grateful for the attention it has received.

Q. Away from prose, tell us about your poetry and songwriting?

I don’t write poetry much these days. Poetry comes to you or it abandons you. I don’t know if I’ll ever write another book of poems. I don’t think I can better my last book, These Errors are Correct, so why try? I’m working on a new album with Sridhar/Thayil.

Q. How can writers learn to say what they mean, an art you’ve mastered so well?

Q. Finally what would your advice be to anyone out there who think they’ve wasted their life or feel like they’re nothing but a failure?

There’s no success like failure. I don’t remember who said that, but it’s true.

Jeet Thayil was born in Kerala, India in 1959 and educated in Hong Kong, New York and Bombay. He is a performance poet, songwriter and guitarist, and has published four collections of poetry. He is the editor of The Bloodaxe Book of Contemporary Indian Poets (2008). His debut novel Narcopolis was shortlisted for the 2012 Man Booker Prize and the DSC Prize . He currently lives in New Delhi.