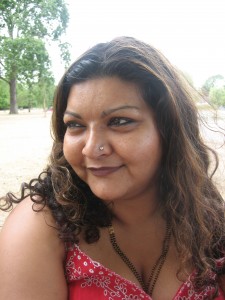 Q. If the story of your life was to be turned into a play what would the title  be, and what would be the hook?

Great Expectations! But I am still waiting for my unknown benefactor!
Q. Your most recent production, saw the adaptation of Great Expectations – what sort of writing goes into bringing a classic before a theatre audience and were you pleased with the result?
There is always a challenge in adapting classics. I have previously adapted Brecht’s Good Woman of Szechuan and Harold Brighouse’s ’ ‘Hobson’s Choice’ but both of these were originally plays. Transposing a large novel that I love into a two and half hour play was particularly daunting as there are so many wonderful details and exceptional characters. What struck me was how smoothly I could shift the story to a village outside Calcutta, retaining the core themes around aspiration and class but also being able to add new dimensions around race and empire.
Q. What did the reviewers have to say?
The reviews were on a huge spectrum. One or two were downright racist, outraged that I had dared to meddle with Dickens. The Times was very positive, calling the adaptation “exciting and persuasive”, stressing that “the new and the familiar are impressively co-ordinated” and eulogising the “fine cast”. One reviewer, in Cambridge commented that “You may see a better production of Great Expectations but don’t expect it to be for at least 100 years. This is the definitive work for the 21st century”. That’s the kind of review I like!
Q. More generally, how do you feel about theatre critics?

As John Osborne once said “asking a writer how he feels about a critic is like asking a lamppost how it feels about dogs”. It is never a good idea to let them get to you too much – whether they are slating you or praising you!

Q. Is theatre a dying art?

No – it is very much a living art-form. Despite the ever-presence of TV, film and the internet, live performance is more powerful than ever. Nothing can replace the intimacy and immediacy of actors on stage. It is an art form that has already survived thousands of years and it will survive for thousands more.

Q. Away from the world of theatre, what is your life like?

My life is incredibly full and involves constant juggling – notably with my three daughters who always have such competing demands!
Q. What is your experience of Asians at the theatre, in terms of audience and what would you like to see more of?

I would like to see more Asians in the theatre – as writers, directors and audience members. I will never forget how wonderful it was to see the National Theatre full to the seams with Asians who came to see Shabana Azmi in my play the Waiting Room. This does not happen often enough!
Q. You once said in an interview that you didn’t want to be seen as an Asian writer or at least labelled as one? Do you still stick to that sentiment and why so?

I am proud to be as Asian woman writer – a British born Bengali – but there is a terrible danger of being defined as a writer by your race or gender. It becomes a label, narrows how people perceive you and your work – and it prevents people seeing the universality of any good story that is well told. No-one calls Tom Stoppard a Czech-born male writer of a certain age.

Q. What impact do you think the recent Arts cuts will have on the development of new and exciting work?

The arts cuts are terrifying – so many theatres I know are struggling already and some will go under. It will not, however, mark the end of theatre, which can also thrive in new ways in adversity. I had high hopes that Great Expectations would go on a tour of India – but with financing as it is in the UK the money will not be found here to do that, which is a great shame!

Q. You’ll be celebrating the Royal Shakespeare Company’s 50th anniversary with a talk centred around female playwrights, and the role of women in theatre. What has changed for women in the time that you’ve been involved in theatre?
Not enough has changed for women. We are still the exception. Until there are more women artistic directors in theatres it is unlikely that this will change fundamentally. I am close friends with many of the women who are writing for theatre in the UK and our experience in very similar. I look forward to the day when I can lose count of the female playwrights who have made it!
Q. What is next on the horizon for you – and can you tell us more about your current commissions?
I have a main stage production coming up next year for the Royal Shakespeare Company – set against the latter years of Queen Victoria’s reign and her friendship with her Indian servant. I am also doing a “Brollywood” musical for the Olympics – with saddlers Wells, Young Vic and Theatre Royal Stratford East. I have a small but wonderful production called Mindwalking being performed in Brighton, Glasgow and Mumbai this autumn – and I am adapting Meera Syall’s Anita and Me for a big production in Birmingham. This keeps me busy but when time permits I am re-connecting with the very first story I wrote, about my Great Uncle, the Indian freedom fighter Dinesh Gupta who was hanged by the British in 1931 – which I hope to produce both for theatre and film.

Tanika has also written extensively for Television series(Eastenders, The Bill, All About Me, Grange Hill) and for BBC radio drama. Her original screenplays for television include: Flight (BBC2 – 1997) Banglatown Banquet (BBC2 -2006).