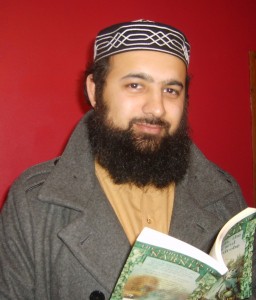 Q. Who are you and what are you best known for?

My name is Nasrullah Anwar. I was the first of my siblings to be born in England. My parents are from Jehlum, Pakistan. My father worked in the cotton mills in East Lancashire and then as a maintenance officer at my boarding school. I am a graduate of the Islamic College, Darul Uloom in Bury, as well as possessing a BA/Hons in English Studies with Media Studies and Creative Writing and an Exeuctive Diploma in Managament Studies. I’m currently studying for an MA in Community Leadership at the University of Central Lancashire. I have worked as a senior manager in the non-profit sector for 9 years. In the evenings I write YA and speculative fiction under the psuedonym Noor A Jahangir. I’m best known in the local region for being an aspiring Muslim writer.

Q. Did you find writing, or did it find you? Explain!

My love affair with writing and fiction started when I was seven. My teacher, Mrs Bracewell, was reading C. S. Lewis’s The Lion, the Witch and the Wardrobe to my class and it was then that I had a ‘light-bulb’ moment. It was literally as if all my brain synapses switched on at the same time. I started reading everything I could get my hands on, preferably science fiction or fantasy. My school work improved so dramatically after that, that I was awarded the most improved student of the year award in my school. My writing ability was spotted a year later by another teacher after I wrote a review of a televised story ‘Paddle to the Sea’, and my writing just kept improving from there. Then when I was sent to Darul Uloom, I was initially unhappy with my situation, without the distraction of television and with no interest in football, I found my sanctuary in fantasy fiction. I started reading David Gemmel, Margeret Weis and Tracy Hickman, David Eddings, Raymond Feist and whole bunch of other writers, reading two or three books a week. Then when I turned 14, with my brother and one of our friends, we started to write a story for a laugh. I named it the Trollking. We each had a character and wrote from that character’s perspective. The other two didn’t really take it serious, spending their time contriving ways of killing of each other’s character. I on the other hand was besotted. I spent my free time sketching pictures of all the characters and drawing a map of Kryllon. Soon enough, I dumped my co-writers and went on solo, filling in five exercise books in the space of a few weeks. I wrote every spare minute of the day, in my free time, in between lessons and even during the time allocated for revision. It took me another fifteen years though to redraft the book, now titled The Changeling King, to a degree that I was satisfied with.

Q. Tell us about your journey as a writer and what you’ve been working on recently?

My father was impressed with my desire to write and so, despite not being able to afford it, he let me apply for a correspondence writing course with the Writing School. My personal tutor was the late Sydney J Bounds. My knowledge of the writing process improved a great deal and I became more aware of the various opportunities for a writer. But unfortunately, the Writing School closed down and I lost touch with them. In the meantime, the science teacher gave me access to the new computers the Islamic college had purchased to start my redraft. When I went to University, I started another redraft towards my portfolio for the Creative Writing part of my degree. I must have written half a million words in rewrites, constantly adapting the plot, changing how my characters travel to the other world and putting in and taking out new characters. Then, after I graduated, I eventually sat down and completed a proper second draft. In the meantime, the internet had become more accessible and user friendly and I discovered the Critters Online Workshop. Having my work criticised by my peers and providing the same for them helped me improve my editing skills and understanding of the mechanics of writing. But it wasn’t until a couple of years ago that I had my first short story published in an online magazine. Since then, I’ve had four stories accepted, the last two in anthologies produced in the USA. Currently, I’m working on a YA adventures series called Adventures of Some Kid, starring Zach Caan, an unremarkable 13 year old, British Asian boy.

Q. You write speculative fiction and are trying to break into a genre which is predominantly white, has this been a help or a hindrance for you?

Writing is a hard business, especially when you naturally tend to be overly-critical of your own work. And then you have to harden yourself and allow others to look critically at your work. Rewriting, deleting whole pages or chapters, and redrafting is also mentally draining and heartbreaking, but it is nothing compared to the pain you feel every time you get a rejection slip or email. Worse, agents and editors don’t have the time to give you a personal response with some indication to what you need to do improve your work. Most of the time its just a form response, ‘we do not feel that your work fits in our list’ or ‘its not for us’ and ‘best of luck’. It makes you question whether your writing is good enough. I did a whole redraft just based on an agent’s comment that The Changeling King wasn’t commercially viable enough. Now, I’ve knocked on every door that doesn’t say ‘agented submissions only’ and have been rebuffed. If it is not my writing, then what is the problem? A look at what’s out there by Asian, and specifically Muslim, writers, it tends to be ‘sari and samosa’ stories that play to an Anglicised stereotype of Asian culture. You would think though that genres normally associated with sub-cultures, otherness and transcendentalism would be more accepting of minority voices. I know the writing community itself is egalitarian and embracing of people from all walks and backgrounds. But the question is, with all this pressure on Asians and Muslims to integrate, what hope is there if the doors are slammed in our faces?

Q. What excites you about the book industry?

Everything about the book industry excites me. As a student I worked in W H Smiths and my Uni bookshop, just so I could be surrounded by books. I love the smell of musty old books and the clean smell of new books. I check the Bookseller web page everyday and often discuss the direction that publishing is taking with eBooks. But more than anything, its the anticipation of holding a copy of my own book. Well, it’ll happen one day.

Q. Do you have a website? What is it and can we read some of your writing?

I’ve been running my own website for nearly four years now, www.trollking.co.uk, which has a sample chapter of my writing, some DIY book trailers, advice on writing, what books should be on a writer’s bookshelf and links to other authors’ websites. There’s also a link to my blog there, noorajahangir.wordpress.com. I’m also working with my brothers, who are also writers of speculative fiction, with providing a platform from new and existing BME writers of fantasy, sf and horror. If you’re an agent or an editor, I’m happy to send sample chapters or whole manuscripts, otherwise the rest of you will have to make do with what’s on the website . . . until I get published.

Q. Finally, what’s the best advice you’ve been given as a writer?

I’ve three pieces of advice to share. The first was from Janny Wurts: open your story with a conflict. The more full-on it is, the better. The second is from Stephen King, write everyday, even if you think its crap, you can always come back and redraft it when its finished. The third is from David Farland, the people who get published are the ones who keep trying, regardless of how many rejections they receive. 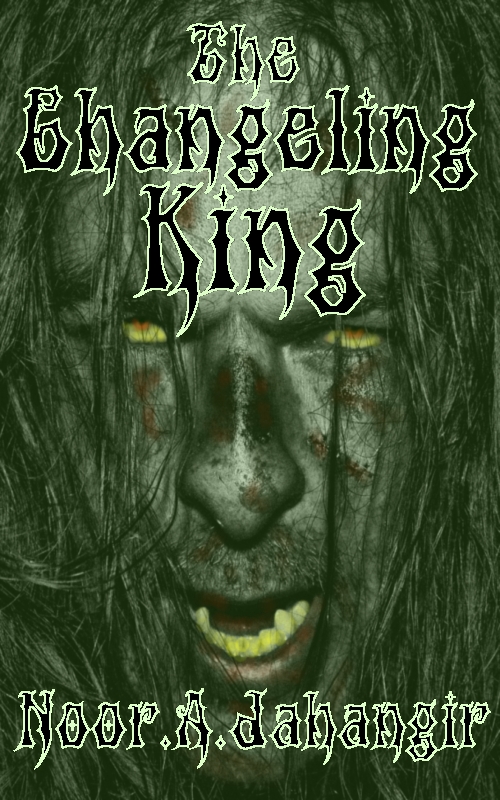 HOT OF THE PRESS! We’re pleased to say that The Changeling King is now published and available in e-book format.

Narullah Anwar writes under the pseudonym Noor A Jahangir.  Born in Blackburn, Lancashire, in 1978 to Pakistani immigrants. Father worked in cotton mills and then later as a maintenance officer. Became interested in genre fiction at the age of seven after reading The Lion, the Witch and the Wardrobe. Trained as a Muslim scholar in a UK madrassah, then read English Studies with Media Studies and Creative Writing at Buckinghamshire Chilterns University. Has worked in the non-profit sector as a senior manager for the past ten years. Hold an Executive Diplome in Management Studies and currently studying for an MA in Community Leadership. Has been writing seriously since the age of 14 and have had four short stories published under a psuedonym. Struggling to find a home for his first YA novel, The Changeling King and starting to query agents for his second YA novel, The Adventures of Some Kid. Loves fantasy and sf fiction, movies and videogames.