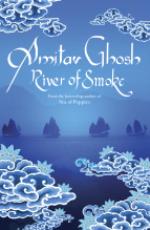 Speaking at a press conference at Man Group offices in London, Ms. Iqbal revealed that because of the strength of contemporary fiction coming out of Asia, the decision had been made to increase the number of writers on the shortlist from the usual five to seven.

The shortlisted titles are as follows:

90 books were submitted for entry in 2011 and the longlist of 12 books was announced in October last year. Four of the shortlisted novels were originally written in English; the novels from South Korea, China and Japan are all judged in translation.

Speaking of the decision Chair Judge, Razia Iqbal said, “The judges were greatly impressed by the imaginative power of the stories now being written about rapidly changing life in worlds as diverse as the arid borderlands of Pakistan, the crowded cityscape of modern Seoul, and the opium factories of nineteenth century Canton. This power and diversity made it imperative for us to expand the 2011 Man Asian Literary Prize shortlist beyond the usual five books.”

The two other judges for this year’s Prize are Pulitzer-prize finalist and author of The Surrendered, Chang-rae Lee, and Vikas Swarup, author of Q&A which was filmed as the Oscar-winning Slumdog Millionaire. The judges’ comments on each book can be found below.

The winner of the 2011 Man Asian Literary Prize will be announced on Thursday March 15th 2012 at a black tie dinner in Hong Kong, the home of the Prize.

The Prize can be followed on Twitter at @MALPrize and #MALPrize11, as well as on Facebook at facebook.com/MALPrize