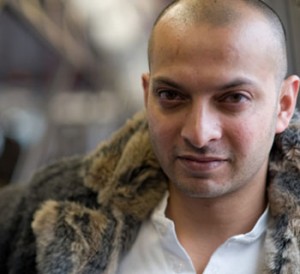 Q. When did you realise you were a writer?

I have always had the urge to commit pen to paper – I believe I was three or four when I picked a pen or pencil – and before I could write, before I mastered the alphabet, picked up the Queen’s English, I am told that I doodled extensively. I still do.

Q. Homeboy is engaging, it hooks the reader into the story within the first few lines, and keeps a level of anticipation all the way through. Did you have a fire in your belly when you wrote it and how long did it take?

I had a fire in my belly but that fire alone cannot sustain you. Writing, writing a novel, takes Herculean discipline – sitting down day after day after day, come hell, high water, or a death in the family. Home Boy took about three, maybe four years to complete. There are times when you can’t write – my back gave way halfway through the project – times you won’t write, when you have to trick yourself; I developed an elaborate system of rewards, from the promise of a walk around the block water to a cigarette. And I didn’t write War and Peace.

Q. Is this the first novel you’ve ever written?

I remember stapling together an anthology of linked stories in class four and presenting to my teacher.  And I understand that linked stories pass for novels these days.

Q. What inspired you to tell this story, about a young Pakistani in the US who finds himself in a very different world after 9/11?

I don’t quite remember the genesis of Home Boy – I was at a bar in the Bowery one night, scrawling on the back of a cocktail napkin – but I happened to be in the States at an anxious, unsettled time. I would have written a very different novel had I been elsewhere, Strasbourg, Papua New Guinea, Karachi.

Q. It is often said that a first novel says more about the author. If this is true, what do you think Homeboy says about you?

Most debuts are fundamentally bildungsromans. Home Boy is grounded in the comic tradition of the American coming-of-age story – Huckleberry Finn, Goodbye, Columbus, Catcher in the Rye or The Mysteries of Pittsburg, for that matter. I had to get mine out of the way.

I like to think that I have always been my own man (but you will have to check with my mother).

Q. I recently went to Imran Khan’s book luanch here in the UK in which he said, after 9/11 every Muslim became a suspect – what would you say to that?

I am not a political analyst, sociologist or anthropologist. I don’t have any empirical data on the matter. I do understand that things were tough, that things in some way remain tough: one came across an exposé in the Associated Press recently, for example, about extensive spying on the Muslim-American community.

Q. What was it like winning the DSC South Asian Literature Prize?

It was fabulous. There were several thousand people in the audience. There were cameras, flashes. But you know, I write because I have to, because I have an itch. Whether I won or lost, I would have to get back to my desk, and write again.

Q. What have you been working on since, is there another book out soon?

I am working on a big, bad comic epic that contends with light and darkness, the universe and its vastness. It’s an exciting project, one that keeps me up till six in the morning. And since you ask, I will be done sooner, rather than later.

Q. What advice would you give to an aspiring author?

Q. Finally what do the initial HM stand for?

I cannot disclose that – I don’t know you that well – but I can tell you that V.S. stands for Vidiadhar Surajprasad.

H.M. Naqvi is the award-winning author of Home Boy. He has worked in the financial services industry, run a slam venue, and taught creative writing at Boston University. He has received the DSC Prize for South Asian Literature, the Phelam Prize for poetry, and has participated in the Brooklyn Book Festival, the Jaipur Literature Festival, Art Dubai, Lollapalooza, and the IWP residency at the University of Iowa. Ensconced in Karachi, H.M. Naqvi is working on his second novel. He smokes Davidoffs.