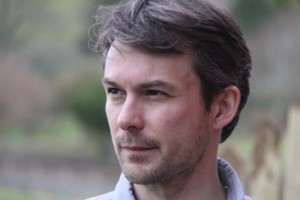 Q. You’re clearly not an Asian writer but what is it about South Asia, particularly Pakistan that inspired In the Orchard, the Swallows?

Q. What are your personal experiences of Pakistan and why did you feel compelled to tell this story? What other experiences did you draw on to make the plot work?

It’s hard to separate the answers to these two questions, so here’s one long answer for you. I went to Pakistan in 1997, after finishing university. I’d been offered a job in the British Foreign Office, and was taking a few months to travel before I started work. I ended up in Pakistan because a friend of mine was setting up a company to run tours round the north of the country and we had a few great weeks travelling around, particularly up in the mountains. Unfortunately I fell seriously ill while I was there, and eventually had to come home. I collapsed when I returned, and was ill for the next ten years. I’m still not sure what it was – something viral, or post-viral, but it was terrible, and changed everything in my life. It is also how I ended up as a novelist rather than a diplomat. There were long years empty of almost everything except suffering, and I wound up writing, partly because it was one thing I had some control over.

But I had no plans to write about Pakistan at all. When I was finally well again I was working away on something else, a problematic novel that I’ve been shaping for a long time. And then one day In The Orchard was suddenly there in my head, just one of those rare gifts writers sometimes get (I wish they came more often). I’m still not sure where it came from. I suppose the journey I’d made and the country had lingered in my subconscious over the years, but it is a strange thing to have formed.

Of course in the writing of the book I drew on my memories of the area – a sense of how the place had looked and felt, and some of the people I’d met. One or two things I had to read about – I wanted there to be enough concrete truth to the story for everything around it to work – but it is largely a work of imagination. The Pakistan of my novel is not the Pakistan of the real world (but then, who knows the real Pakistan?), and I was aware that people who knew the country better than I did might find serious flaws in it. So far, people have been kind.

Q. I remember you mentioning that you visited Pakistan after many years. What surprised you most when you finally made that journey back? And how had the country and its people changed since your first visit?

Actually, I haven’t had the chance to return (I went back to India and Nepal, but not to Pakistan). I would love to go, if the opportunity came up – despite having fallen so ill, my memories of the country are entirely good. It’s a beautiful land, and there were innumerable acts of hospitality. But of course it is troubled, and I’ve watched the latest set of tragedies unfold over the last years with great unhappiness. Still, apart from what I read in the news and hear from friends, I do not know how things are there at the moment. I hope they are not as bad as I fear.

Q. Pakistan is, for us in the West, a country that is still an unknown, a place we associate with danger and corruption. Even your protagonist cannot comprehend his homeland. Has Pakistan become a place so different/ so foreign to us that we cannot even understand it in fiction?

I should repeat that I do not know Pakistan at all well. I spent two months there, fifteen years ago, and though I have kept up with the news, it’s a superficial knowledge. But I do think it is dangerous to suggest that some things are beyond our understanding, either in life or in fiction, not least because it frees us from the responsibility to try. The media can only handle simple narratives about countries and events, but of course there is no single story or characterization that can capture a country. You need a hundred stories, a thousand, and many of them will contradict each other. But good fiction in particular has that odd ability to tell complicated truths. Nadeem Aslam’s latest, The Blind Man’s Garden, is the finest novel I’ve read this year, and it elucidates and makes comprehensible so much that is invisible and not understood about the region and its people.

Q. Your protagonist could not be more different to you. How did you find a way in to write from the perspective of a Pakistani Muslim male?

He came to me, is the thing, rather than the other way round. One day there was his voice – a stranger’s voice – and it came clear and insistent, and it would not leave. For a long time I was suspicious: what did this young man have to do with me? I thought that he must belong to another writer, that he had lost his way. But eventually the idea bugged me enough that I knew I had to sit down and at least try to write the book.

Then of course much of the work (as well as a good deal of the pleasure) of being a novelist is that of imagining other people’s lives and selves. There’s very little that isn’t accessible by the careful application of imagination. We all inhabit very different worlds, but I think we underestimate how much we have in common with each other. We’re lazy thinkers, by and large, with limited empathy, and we tend to forget that other people are people too, and more like us than we think.

Q. I loved the book and it’s length. It’s a perfectly formed piece of prose – and says so much in such few words. It is really one of those stories that lingers with you. Did it start life as a poem or short story and were you ever worried that it would be too short to be considered a novel?

I always knew it was a novel, and I knew it would be short. The form of it, the shape, was clear from the beginning. This, for me, is the distinction between a story, a novella and a novel – they’re different forms. It’s not so much about the length: there are novellas that are longer than In The Orchard, but still it’s a novel. (There’s probably a much longer conversation to be had about that, but I’m not sure there’s space for it here.)

And then I worked hard at keeping this particular book both simple and short, to create something distilled. I read so many books in which there’s just so much writing, so much that’s simply taking up space, as though substance could be summoned by sheer accumulation. So I wasn’t worried about length – the hard thing was trusting the simplicity, even naivety, of the language. That was much scarier. There was no place to hide.

Q. There is the talk of love – the love that the child/adult protagonist has for Saba, for his father and even for Abbas, but love seems to be an unattainable ideal – it’s never within the reach of the main character (the family has moved away/ Saba is a distant memory and Abbas is kind but is a stranger who will always remain so) and so all we are left with as readers is loss. It’s a depressing thought. What did you wish to convey to your readers when you were going through the novel writing process?

I hope there isn’t only loss in there. For the narrator at least even the act of loving, the persistence of it, goes a long way. There’s some kind of salvation in that, and in his simply telling the story, too. There’s an element of allegory to the novel, but I wasn’t trying to give any particular lesson. There were themes that drove the writing – the inevitability of loss, certainly, and accustomization to it, but also the hospitality inherent in storytelling, and the degree to which our lives are our own to shape.

Q. And was it a depressing story to write?

Not in the sense that I think you mean. Writing (or at least, trying to write well) is hard work, and always feels like a struggle. I’m usually depressed while writing because it is difficult, and I am always failing. It is true that the worlds my books occupy tend to be sad ones, but inhabiting the world of this one was about as pleasurable as it gets. I wrote a lot of the book over a long Canadian winter (I would stop at my local park on my way to the library, to skate on the pond), and summoning up sun-beaten mountains to write about was wonderful.

Q. What’s next for you as a writer?

I’m back to working on the book I was supposed to be writing when I wrote In The Orchard. I really don’t like talking about unfinished books, so just to say that while it’s not exactly fixed, in the time I was away from it most of the major problems I was struggling with seem to have resolved themselves. I’m not quite sure how this happens – partly I think that I just wasn’t quite ready to write the book until now. So, yes, it’s on the way, and there are some short stories too, and I know what the next book or two will be after that. But I’m slow, by anyone’s standards, so don’t hold your breath.

Q. Finally what advice would you give to an aspiring author?

You should never ask me for advice. I always have far too much to give, and I know that it can all be safely ignored. But still, for what it’s worth:

Read everything. Write, of course – it’s a skill, not only a talent, and takes practise (years, usually). Work with voice and form – play, imitate, and experiment until you find some control and something that is your own. Learn to love sentences, and everything they can do: as a reader I can tell instantly if I’m in the presence of a writer who cares about their sentences, who has crafted them. Be prepared to live with a constant sense of near-failure. And pay attention to the world.

Peter Hobbs was born in 1973. He is the author of The Short Day Dying, which won a Betty Trask Award, and was shortlisted for the International IMPAC Dublin Literary Award, the John Llewellyn Rhys Prize, and the Whitbread First Novel Award. It was followed by a collection of short stories, I Could Ride All Day in My Cool Blue Train, and another novel, In The Orchard, The Swallows. He’s presently a writer-in-residence for the writing charity First Story.