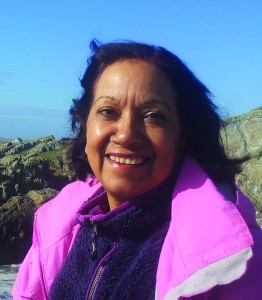 Why did you take up writing and write Finding Takri as your first novel?

It was, as many writers say, something I’d always wanted to do, but a son and a mortgage got in the way. Finding Takri was the novel I had to write whilst there were still people around who remembered her better than I did – my parents. It took a long time because I felt it had to be as perfect as I could make it.

How much of the book actually happened in real life?

About a quarter of it, only the skeleton, actually happened. The cities where the characters lived, and their reasons for being there, are authentic.

Are the characters in the book like those in real life?

Not really, because I believe that the writing process changes the characters, or they change themselves. When Takri tells Karam about Nur, I put them together and played out the scene in my mind and suddenly Takri said ‘Perhaps, it’s not as bad as we think it might be.’ It was as if that character produced the words not me.

What difference does the publication of Finding Takri make to you and your family who are connected to the book?

It is a record of the family’s movements over the last century and the historical events that may have been of interest to them and affected their lives.

How does the writing process work for you and what do you enjoy most?

I love to write in the early morning when I’m in Scotland. Straight out of bed and writing anything that comes, then moving to the ongoing project over the morning. I have a study but other household stuff keeps arriving in it. I’m working towards a ‘room of my own’ to write in.

At first, I wrote longhand, that’s what I like but I’m aware that straight on to the keyboard is so much quicker. My mind thinks it’s a smoother flow from thoughts, hand, pen, paper than the clicking of keys to printer.

I went to India and wrote the (short) first draft of Finding Takri in a month, sat on my rooftop with the neighbours keeping an eye on me (my house is ground level and the neighbours are all higher). I’d told them if they saw me writing not to disturb me. They were all very good.

I enjoyed editing Finding Takri but because it was the first I took years to do it.

SPECIAL OFFER FOR THE ASIAN WRITER

To find out more about Finding Takri and get your pre-ordered copy for only £10 including p&p please click here. (Offer only available to UK buyers only)