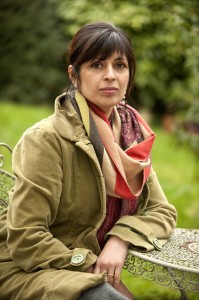 A few years ago I was sitting at an award ceremony – the Redbridge Book Award – in front of an audience of about five hundred school students involved in a borough wide competition to decide on their favourite books. It’s a real honour to receive any award for your work but perhaps the greatest reward comes when young readers themselves give your stories the thumbs up.
I was sitting next to the extraordinary writer Kevin Brooks who has recently received the Carnegie Medal. There was a panel of us and the students asked questions about what inspired us. I was asked a number of questions about my own identity as the daughter of an Indian father and an English mother and how my dual heritage growing up in Britain had influenced the characters and stories I tell.
At that stage I had written the intergenerational tale Artichoke Hearts and was in the process of writing my second novel Jasmine Skies where my young heroine Mira, who features in both books, travels to Kolkata to explore her family history. I explained to the audience that when I was growing up there were not many opportunities to come across British Asian writers, stories or characters in books that I would buy at a bookshop or pick up off a library shelf.
When the question and answer session was over Kevin Brooks commented good-humouredly ‘I think you might be onto a winner here!’ I looked out at the sea of eager readers before me and realised that at least three quarters of the audience were of Asian origin and a large proportion were girls.
‘I see what you mean!’ I laughed, but I felt that there was nothing flippant about his observation. That the identity of the audience who were voting for my book might have an impact on the result of their enjoyment of my stories, is something I have thought about a lot since then. When I write I do ask myself questions about who my readers are and how it might feel for them to have aspects of their lives and cultures featured.
In Red Leaves my latest book about ‘home, community and belonging’ there are characters that I would have loved to see represented in stories when I was a young reader… because people like Mr and Mrs Kalsi, Aisha, Zak, Shalini and Iona are part of my community both as characters and readers. Who wants to read books if the experience is like looking in a mirror and seeing only yourself? How does that expand your world? But… and I think this is the big but that the readers of Redbridge were responding to – if the image that’s reflected back of society includes you too then you’re going to feel like you’ve been personally invited in.
Publishers and writers know this and so are appealing to a new generation of young readers who expect to see aspects of themselves and their worlds reflected in Britain’s mirror… sometimes as part of the picture and sometimes as the protagonists. 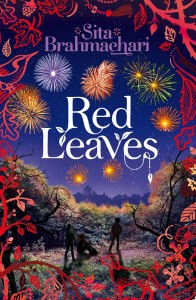 Red Leaves (Macmillan, £6.99) is available now and is endorsed by Amnesty International UK.