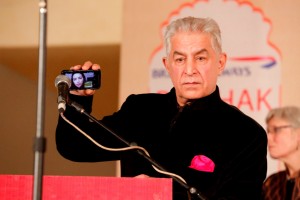 The DSC Prize for South Asian Literature 2015 has been awarded to Jhumpa Lahiri for her novel, The Lowland at this year’s ZEE Jaipur Literature Festival.

Jury chair Keki N. Daruwalla said, “The Lowland by Jhumpa Lahiri is a superb novel written in restrained prose with moments of true lyricism. It starts with a sense of loss and trauma due to the death and then the ongoing presence of a key character. The novel is partly political and partly familial, starting with an unromanticised account of the Indian Naxalite movement and ending with a series of individual emotional resolutions. The Lowland is a novel about the difficulty of love in complex personal and societal circumstances, inhabited by characters which are finely drawn and where the lowland itself is a metaphor running through their entire lives. This is a fine novel written by a writer at the height of her powers. 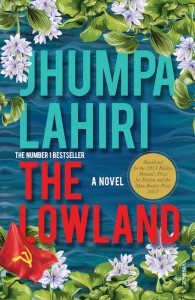 The prize was awarded to Lahiri’s publisher by 2014 Pulitzer Prize winner for poetry, Vijay Seshadri.

Lahiri was unable to attend the ceremony.

The DSC Prize for South Asian Literature is specifically focused on South Asian writing and is open to all work based on the South Asian region and its people. Despite this, this is the third time an Indian writer has taken home the $50,000 (approx £33,303) prize. Past winners inclue HM Naqvi from Pakistan (Homeboy, Harper Collins, India), Shehan Karunatilaka from Sri Lanka (Chinaman, Random House, India), Jeet Thayil from India (Narcopolis, Faber & Faber, London) and Cyrus Mistry from India (Chronicle of a Corpse Bearer, Aleph India). Each of these winners has gone on to be published internationally and their work has reached a larger global audience which has been one of the central visions of the DSC Prize.