A series of nineteen black and white portraits of South Asian writers were launched at a new exhibition in London this week. The collection by Lucinda Douglas-Menzies aims to shine a spotlight writers writing in the English language, from India, Pakistan, Bangladesh and Sri Lanka.  Selections from the authors’ writing are displayed beside each portrait and a limited edition publication will be available. The exhibition is being held by kind permission of Ricardo Cinalli in his studio, 6 Puma Court in Spitalfields, until October 13.

Douglas-Menzies was inspired to shoot the collection after being commissioned to take a portrait of Delwar Hussain for Spitalfields Life by The Gentle Author. ‘I felt the portrait was a success in terms of the quality of skin tones rendered in black and white photography, and that led to my urge to discover other writers from South Asia, living in the UK and writing in the English language,’ she said. Authors were selected from recommendations of the previous sitters. ‘The portraits are enhanced, in my view, by placing selections from the writers work beside them as well as perhaps inspiring a new audience for their work,’ she said.

Here’s an exclusive look at the exhibition: 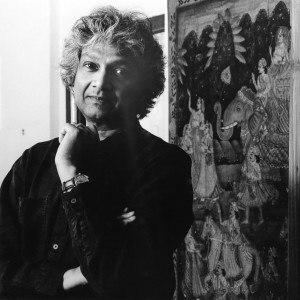 I arrived on this island, by boat, the night of the fullest moon I had ever seen in my life. The sky was clear and the sea phosphorescent; the coastline, from a distance, looked entrancing. Two flying fish, accidentally netted, were released by the boatman as we docked at the pier of the Palm Beach Hotel. I thought that was auspicious.

The steps down from the jetty were a little rickety and the iron handrail had corroded in several places, but the ground was firm. I stood on the beach and breathed in. I felt elated: this was the moment I had been waiting for. Even the breeze was warm.”

Romesh Gunesekera was born in Sri Lanka and moved to Britain in the early 1970s.  He is the author of eight books of fiction. His first novel Reef was short-listed for the Booker Prize in 1994 and won a Premio Mondello award in Italy. His most recent work of fiction Noontide Toll, a collection of linked stories set in post-war Sri Lanka, was short-listed for the 2015 DSC Prize for South Asian Literature.He is an elected Fellow of the Royal Society of Literature and recipient of a national honour in Sri Lanka. 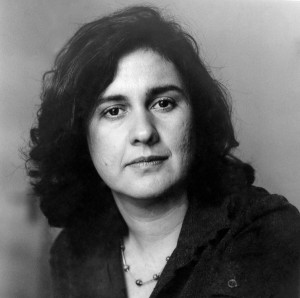 The more languages you learned, he discovered, the more you found overlap: ‘Qahweh’ in Arabic, ‘gehve’ in Farsi, ‘cafe’ in French, ‘coffee’ in English, ‘kohi’ in Japanese.

Kamila Shamsie is a dual citizen of Pakistan and Britain. She has written six novels, three of which have won awards from the Academy of Letters in Pakistan.  Burnt Shadows (2009) was shortlisted for the Orange Prize for Fiction and A God in Every Stone (2014) was shortlisted for the Baileys Prize. A Fellow of the Royal Society of Literature, she was included in Granta’s  ‘Best of Young British Writers’ list in 2013. She grew up in Karachi and now lives in London. 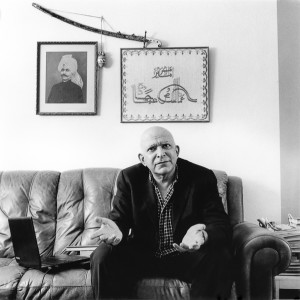 Things change, people leave, and you reinvent the past to remember moments of happiness that weren’t always so bright, and pretend to forget what made you happy so you can live without the discomfort of memory…Even love at first sight is retrospective, a reinvention. If every spark became a fire, we’d be burning all the time.

– Love and the Seasons, 37 Bridges and Other Stories

Aamer Hussein was born in Karachi, Pakistan, and moved to London at the age of 15 in 1970.  He began to write in the mid-80s and has published six collections of short stories, notably Insomnia and 37 Bridges, and  two novels including Another Gulmohar Tree.  He is also a literary critic, reviewer, and academic. Fluent in several languages, he writes in both English and Urdu. He was elected a Fellow of the Royal Society of Literature in 2004. 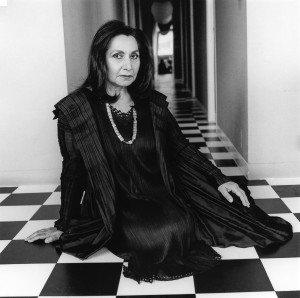 I carry your face in a mobile shrine  and take it out on the Underground.
Your digital eyes look into mine.
I change at Farringdon and I have changed.
Touched by you, my skin is kozo tissue, my hair rose-perfumed ink,
my eyelids are gold leaf. The woman on my right,
reflected in the window opposite, takes on the stillness of an icon,
the boy across the way lifts his cheek to be pure marble
sculpted in living light. Together, we travel on into the night,
all of us grown precious, each one of us alive and rare.

Imtiaz Dharker is a poet, artist and documentary film-maker. Awarded the Queen’s Gold Medal for Poetry in 2014, her collections include Postcards from god, I speak for the devil, The terrorist at my  table, Leaving Fingerprints and Over the Moon (Bloodaxe Books UK). She has had eleven solo exhibitions of pen-and-ink drawings. She also scripts and directs films for non-government organisations in India, working on shelter, education and health for women and children. 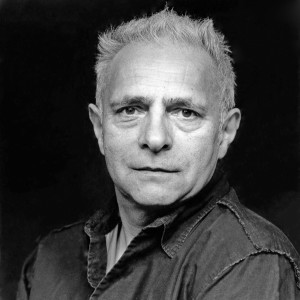 My name is Karim Amir, and I am an Englishman born and bred, almost. I am often considered to be a funny kind of Englishman, a new breed as it were, having emerged from two old histories. But I don’t care – Englishman I am (though not proud of it), from the South London suburbs and going somewhere. Perhaps it is the odd mixture of continents and blood, of here and there, of belonging and not, that makes me restless and easily bored. Or perhaps it was being brought up in the suburbs that did it. Anyway, why search the inner room when it’s enough to say that I was looking for trouble, any kind of movement, action and sexual interest I could find, because things were so gloomy, so slow and heavy, in our family, I don’t know why. Quite frankly, it was all getting me down and I was ready for anything.

– The Buddha of Suburbia

Hanif Kureishi is a British Pakistani playwright, screenwriter, and filmmaker and novelist. In 1982 he became writer in residence at The Royal Court Theatre then in 1985 wrote the screenplay for My Beautiful Laundrette, Directed by Stephen Frears which won the New York Film Critics Best Screenplay Award. He has written seven books including the novel The Buddha of Surburbia (1990) which won the Whitbread Award for first novel,  and  Intimacy (1998).  Hanif Kureishi was awarded the C.B.E. for his services to literature, and the Chevalier de l’Ordre des Arts des Lettres in France.