As someone who once sat in front of an editor and pitched an ‘Asian Bridget Jones saves publishing industry’* feature idea I was thrilled to hear about the publication of Ayisha Malik’s debut novel, Sofia Khan’s Not Obliged. Was my wishful thinking finally coming true? Could this be a thing?

In Sofia Khan we find a heroine who is witty, sassy, can throw a good punch as well as one who does her best to keep things real and halal. While her older sister is planning her wedding day, Sofia finds herself at the end of a serious relationship with a man who simply couldn’t leave the parental home and expects her to live in a ‘hole in the wall.’

There’s genuine amusement and laugh out loud moments in Malik’s first novel. Much of Sofia Khan’s misadventures are entirely relatable – to Muslim and non-Muslim readers alike, everything from her well-meaning parents, extended family who would just love her to find a husband, to her work colleagues and friends who form the bulk of her support network, sometimes rather unhelpfully. And then of course, there are the men or ‘emotional f**kwits’ in her life which complicate everything!

Malik does well to capture the angst of looking for love, while circumnavigating the respective but often disconnected worlds of home/ family / work. In a climate where the portrayal of Muslims is never far away from ‘threat’ or ‘terrorist’, Sofia Khan is Not Obliged is a refreshing read. Through Sofia we see a thoroughly modern Islam which is comfortably British – having carefully navigated into the 21st century – our protagonist is able to discuss love, marriage and online dating with her parents and sibling. We’ve moved away from the typical 2nd generation immigrant narrative of struggling to find one’s identity and ‘overbearing’ parents – a common theme in those coming-of-age British Asian novels, and the only mention of a ‘terrorist’ comes in the form of an insult thrown at Sofia on the Tube.

There are still too few instances in contemporary literature (come on publishing!) which not only represent the lives of British Muslims today but also deal with the complexities of everyday life for ordinary Muslims living in the West, that is the joys of finding a suitable place to prayer without one’s ‘arse in the air’ for example. Malik’s approach of sharing these experiences in a matter-of-fact way, rather than trying to frame her perspective purely for white readers adds real authenticity away from the glare of exoticism.

Sofia Khan is Not Obliged might be a commercial, light hearted read, aimed at the chick-lit market, but its publication success suggests that publishing itself has also moved on from over tired clichés which for too long have hampered the creative efforts of a new wave of British Asian writers (who have been left fighting for a space and platform to tell ‘their’ stories.) The hope is, there’s more to come.

There were a few niggles. My kindle copy in e-book format was at times frustrating. There were instances of incorrect formatting, incomplete words and mystery text which seem – like Naim – to appear from nowhere. It is with open arms then, that I welcome the paperback edition which will be published early next year.

There are also a couple of instances where the narrative would have benefited from a further edit or the plot made tighter – in an attempt to wrap things up neatly, we lose some of the complexity and nuance that we enjoy for much of the novel. Sofia’s trip is planned almost too quickly that we feel a sense that we’re not quite ready to leave her up in the air at 30,000 feet – for we’ve enjoyed her company too much, and departing from her now, will be too great a loss. There’s also the faux-link to Bridget Jones, who is in her fifties now, past her prime and who exudes none of Sofia’s Khan’s uber-confidence or punch throwing skills. Isn’t it time for Sofia Khan to stand up on her own two feet?

*I must disclose this was of course, not an entirely new idea since Nasreen Akhtar’s To Catch a Fish from the Sea and Shelina Janmohamed’s Love in a Headscarf had both been published. The editor’s words at the time were along the lines of ‘let’s wait on that until it happens.’ 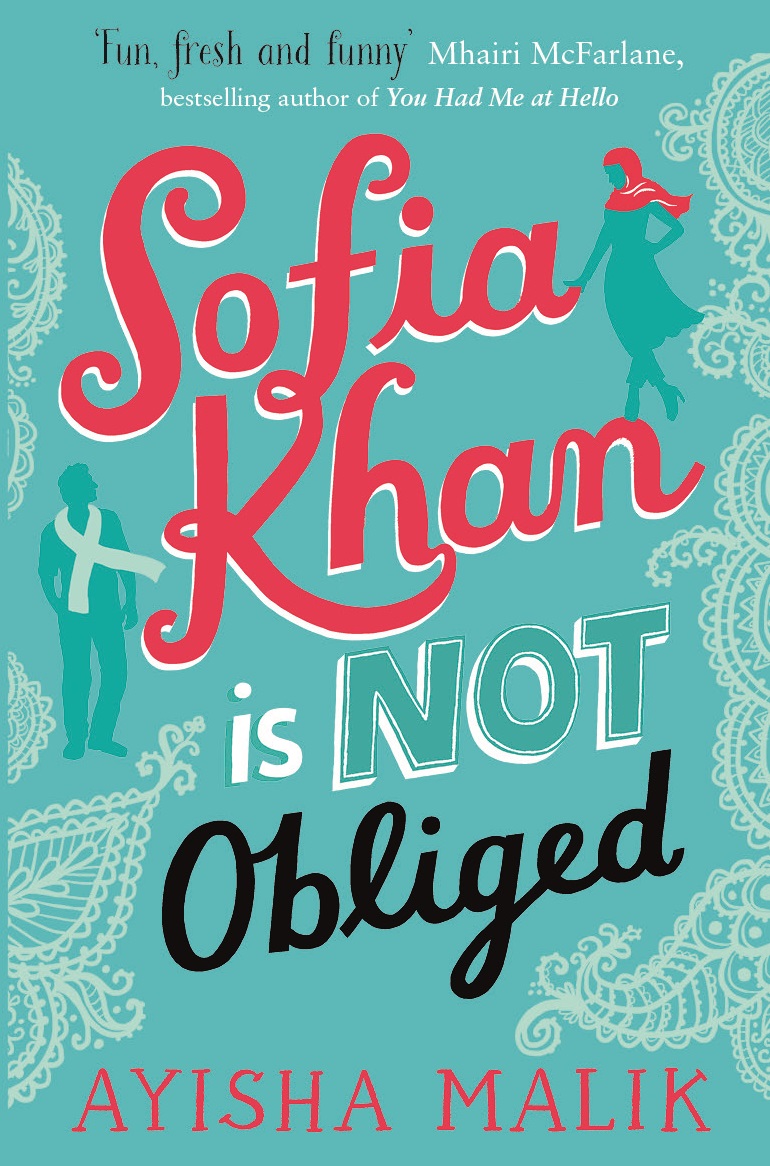 Sofia Khan is Not Obliged by Ayisha Malik is out 14th January (£7.99, Twenty7). Read our interview with author, Ayisha Malik.