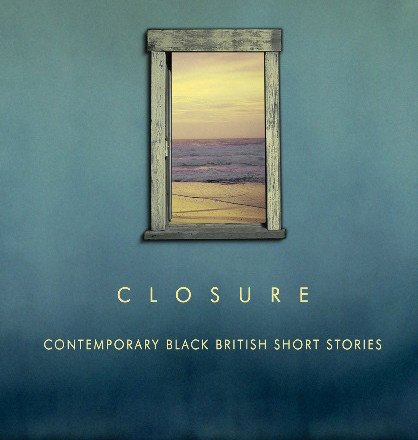 “When we read human stories we come alive in bodies which are not our own.” Chimamanda Ngozi Adichie

All writing begins and ends with reading. While writing is often an incredibly solitary process, particularly in its draft stages, reading remains a communal act. Even in the privacy of our own bedroom, reading allows us to call out and into the world. It offers the comfort of knowing you, like others, in fact exist simply by bearing witness. The connection and bridge between the solitary and communal, the writer and the reader, is where the magic happens – it is an on going conversation and reminder about what it means to be human.

Publishing as an industry, however, remains a deeply political mediator of this exchange: whose voices are told, how they are told, where they are told, and not just by whom but also with whom are questions that negotiate the space that Black and Asian writers often find themselves in. Spread the Word’s report titled ‘Writing the Future’ earlier this year revealed how the lack of diversity in the industry is an on going cause for concern – not only for writers of colour themselves but also for a British marketplace that reflects a diverse audience hungry for stories that reflect its everyday life. It is perhaps this context that makes Peepal Tree Press’ latest short story anthology all the more relevant and powerful.

‘Closure: Contemporary Black British Short Stories’ is the first Black British short story anthology since IC3 (2000, Penguin), edited by Jacob Ross and featuring both established and emerging writers of African and Asian descent such as Monica Ali, Bernadine Evaristo, Fred D’Aguiar among others.

‘Closure’ is a labour of love that took two years to produce. When Peepal Tree released a call for submissions it was the opportunity for new writers like myself to be bold and courageous with our work by trying to find a place for it. ‘a cartography of all the names you’ve ever given me’ was the second story I had written, rough around the edges and different in style (I have a habit of using language horribly wrong). I hadn’t expected it to be selected, and when it was I couldn’t have imagined how important and necessary the editing process was for me as a new writer.

Jacob Ross’ comments were an illumination of where the story could go, the possibility – something you can lose sight of when you have a process like mine that typically takes years to reach a first draft. In my case, his notes were small and slight but provided the earnest bridge between the writer and reader, it would flesh out the space for where the magic would or could happen. In its final round of edits, I emailed it off satisfied and content that something was complete, my job this time around was done. It would become one of many things that would now collect dust in a Dropbox file as I moved on to other work with the exciting new insight I had thanks to Jacob Ross and Peepal Tree.

‘Closure’ in many senses is an anthology about courage and resilience, it offers a kind of richness we don’t often get the luxury of in this publishing climate. Here are stories that stretch and span style, place and time, culture, regions, histories, moments, bellowing out soft testimonies of existence. More importantly, its careful and loving curation by Jacob Ross reveals a unique exchange and conversation between each of these narratives – sometimes at odds and at others in embrace – that would not otherwise be found elsewhere. In its midst, I found stories that moved me and stayed with me long after I finished reading them – Michelle Innis’ ‘Whatever Lola Wants’ is a haunting example of this. Diversity simply becomes a background hum to more important things, like the texture of living, and how writing is rarely produced in a creative vacuum.

Hana Riaz is a writer and the Director of The Body Narratives. Her short story ‘a cartography of all the names you’ve ever given me’ features in Closure: Contemporary Black British Short Stories.