Firstly, congratulations on winning Best Short Fiction at the British Fantasy Awards . What was your reaction to the announcement?

I was very surprised to make the short list and grateful to everyone who nominated me. To be honest, it’s not yet sunk in.

What was your experience of writing competitions prior to this win? and why did you enter the British Fantasy Awards?

I’ve not entered many writing competitions. “Fabulous Beasts” was accepted by Ellen Datlow, one of the acquiring editors for Tor.com, which is the science fiction and fantasy blog of Macmillan US. As some of the themes are very dark and adult I was expecting some negative responses but it was received very well. I felt like a lot of people understood what I was trying to do. There was a lot of goodwill and word of mouth around this piece.

The British Fantasy Awards were first awarded in 1976. It’s not a competition that you can enter. It involves a vote by the membership of the British Fantasy Society to select the finalists and then the winners are decided by juries in a variety of categories such as short story, novella, novel, artist, small press, best original collection etc

How long have you been writing and how did you start out?

I always loved to write an draw when I was younger but it lapsed when I started Medical School and then my postgrad training. I’ve always been a passionate reader some of which was due to being a thwarted writer. I got to a crisis point about ten years ago when I couldn’t keep it in anymore. I write for myself to begin with, then plucked up the courage to submit to places. It’s been a long and painful journey of discovery and I’m still learning.

Tell us more about the winning piece. How long did it take to write and what inspired you to write it?

I wanted to do something interesting with the standard fairy tale tropes in a modern setting but it didn’t seem to work. I set it aside for quite a long time. It was only when I started to think about transformation and the nature of what is and isn’t monstrous that it became something that interested me. I’m not interested in horror for horror’s sake but I’m drawn to it as a way of exploring what frightens or scares me. 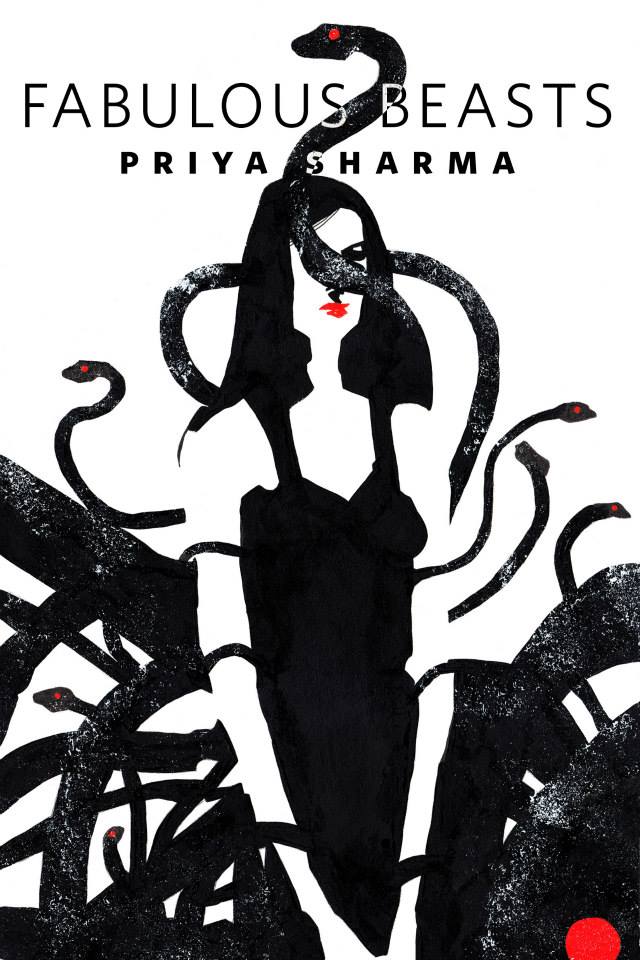 An extract from Fabulous Beasts

“Eliza, tell me your secret.”
Sometimes I’m cornered at parties by someone who’s been watching me from across the room as they drain their glass. They think I don’t know what’s been said about me.
Eliza’s odd looking but she has something, don’t you think? Une jolie laide. A French term meaning ugly-beautiful. Only the intelligentsia can insult you with panache.
I always know when they’re about to come over. It’s in the pause before they walk, as though they’re ordering their thoughts. Then they stride over, purposeful, through the throng of actors, journalists, and politicians, ignoring anyone who tries to engage them for fear of losing their nerve.
“Eliza, tell me your secret.”
“I’m a princess.”
Such a ridiculous thing to say and I surprise myself by using Kenny’s term for us, even though I am now forty-something and Kenny was twenty-four years ago. I edge past, scanning the crowd for Georgia, so I can tell her that I’ve had enough and am going home. Maybe she’ll come with me.
My interrogator doesn’t look convinced. Nor should they be. I’m not even called Eliza. My real name is Lola and I’m no princess. I’m a monster.

Priya Sharma writes horror, science fiction and fantasy. Her stories have been published in Black Static, Interzone, Tor.com and original anthologies. She’s been reprinted in many Best of  anthologies. “Fabulous Beasts” was shortlisted for a Shirley Jackson Award and won a British Fantasy Award. The entire story can be read online on Tor.com