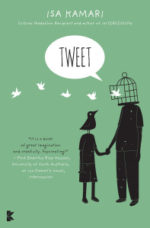 “This year, I was disappointed with fiction. Whatever few novels I read, they did not move me enough, except for Isa Kamari’s two novels, Tweet (that I published under Kitaab) and Kiswah, which I read in manuscript (to be published in English translation in 2017). For non-fiction, I immensely enjoyed re-visiting two of Amitav Ghosh’s works, Dancing in Cambodia and Other Essays, and Countdown (Ravi Dayal/Penguin Books). I had picked up these two slim volumes at Kolkata airport. I also drew immense intellectual satisfaction from my reading of U. R. Ananthamurthy’s swan song, Hinduvta or Hind Swaraj (Harper Perennial), in which he lambasted the triumphant wave of Hindu ultranationalism in India. In December, I started reading memoirs of Lee Kwan Yew, From Third World to First (published in 2000 by Singapore Press Holdings). It is a riveting account of Singapore’s evolutionary journey– how it rose from poverty and hopelessness to achieve the status of a highly advanced nation.” 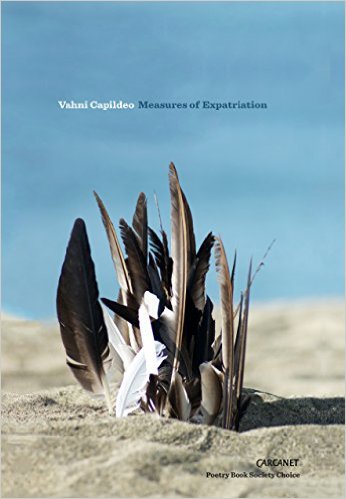 I loved Vahni Capildeo’s poetry collection Measures of Expatriation for its variety, intensity and beautiful imagery. It was a deserved winner of this year’s Forward prize and a brilliant achievement for an established poet at the height of her powers. The novel I loved was Naomi Alderman’s adventure thriller The Power, about women and superpowers. It was dazzling, exciting and horrifyingly good. 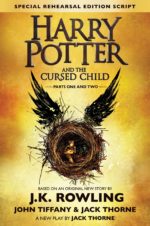 I’m not usually a fan of essay collections, but I’m always interested in otherness, which is why I think that The Good Immigrant is probably the must-read book of the year.

The crowd-funded project began when Nikesh Shukla, the editor, was interviewed for a Guardian piece on hindsight in writing, alongside myself and some other writers – unusually, there weren’t any white male writers featured in the piece, many of the contributors were women, and most of us were Asian. But the online comments – questioning the validity of our contributions based on our ethnicity – prompted a twitterstorm.

That experience led Nikesh Shukla towards this book, an important documentation of otherness in contemporary Britain. It’s particularly meaningful for those of us who have lived in this state, of being from neither here nor there, but the issues touch as all. The essays are not always entertaining or easy-reading, but they are all thought-provoking. Books like these are necessary, in these confusing times, to help mark where we are, and hopefully to document the change we want to see.

Another book to mention, simply because of the pure pleasure it has given my family this year, is Harry Potter and the Cursed Child. I bought the script for my children when we couldn’t get tickets for the play, and they have loved acting it out during our bed-time story time; just like all the Potter books, it’s a masterclass in plotting. (And JK Rowling was one of the early supporters of The Good Immigrant too!) 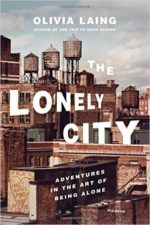 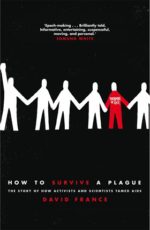 My most loved non-fiction reads came from writers chronicling brilliant queer lives, or those whose work impacted on queer culture: Olivia Laing’s The Lonely City (Canongate), Tim Lawrence’s Life and Death on the New York Dancefloor 1980-1983 (Duke University Press), and David France’s How To Survive a Plague (Picador). Deeply researched, all, but never bogged down by the weight of reference. Luminous, enriching, and challenging, but ultimately magisterial. I’m happy we have them.

Chimene Suleyman wrote the essay of the year in My Name Is My Name, for Nikesh Shukla’s The Good Immigrant (Unbound). It’s a timeless piece that I have no doubt we’ll be reading twenty years from now. I’ve been carrying her words in my head ever since I first read it.

In fiction, I was drawn most often to stories of marginalised lives: Anjali Joseph’s brilliant and criminally overlooked The Living (Fourth Estate), with its strong notes of Brexit Britain; Ananda Devi’s Eve From Her Ruins (trans. Jeffrey Zuckerman, CB Editions), a visceral portrait of broken Mauritian youth; Ismail Kadare’s shadowy and brittle A Girl In Exile (trans. John Hogdson, Harvill Secker); finally, Marc Bojanowski’s Journeyman (Granta), which sated my Kent Haruf-esque cravings, with its pared-down story of a transient American worker. Melancholy, but gloriously so. 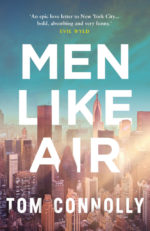 I loved Tom Connolly’s second novel Men Like Air in which love takes so many forms other than the obvious romantic one. Two brothers who find their way back into a friendship, brothers-in-law who are best friends, or a 19-year-old chancer and a man in his fifties who form a filial relationship of sorts are just some of these manifestations of real love. Tom Connolly’s writing is always both funny and warming, and the book opens out so many spaces in New York, so many street corners, rooftops, parks, apartments, department stores, and hilltops where glances are exchanged, meetings take place, seductions happen. 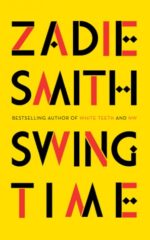 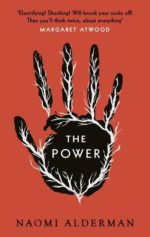 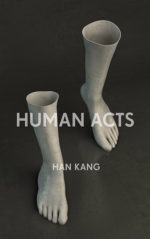 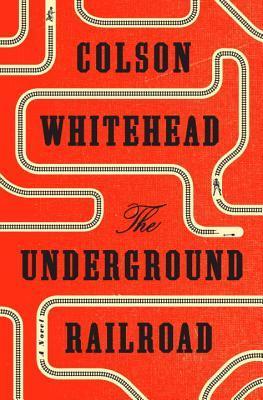 It’s really hard to choose my books of the year because I feel like my reading tastes have been slightly different. I haven’t read as much fiction as I would have liked. I read a lot more non-fiction interestingly. In terms of fiction, the best books I read were probably The Power, by Naomi Alderman, Swing Time by Zadie Smith and the astonishing The Underground Railroad by Colson Whitehead, who is one of my favourite writers. Human Acts by Han Kang, which explores state genocide through many of its victims is strange, dream-like and heartbreaking, and Asking For It by Louise O’Neill made me cry for days, with its honest and direct exploration of consent, rape and social media victim-blaming. Another Day In The Death Of America by Gary Younge is unflinching and unforgettable. Titanic by Bridget Minamore is an excellent book of poetry. What else? I tell you what: three of the best books I was lucky enough to read this year, come out next year: The Hate U Give by AC Thomas is an important YA about police brutality and black lives. White Tears by Hari Kunzru is a strange almost satirical ghost story about cultural appropriation and the blues. And A Separation by Katie Kitamura is a dreamy thriller-esque book about a marriage in disarray. 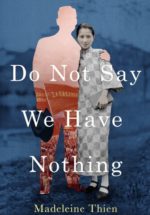 Disclaimer: I’m a Chinese History graduate. No surprise then that I was blown away by Madeleine Thien’s Do Not Say We Have Nothing, an intense, harrowing look at some of the most defining periods in recent Chinese history. It is told through the eyes of Canadian-Chinese Marie, whose father has passed away several years earlier and who is keen to fill in the blanks of her family history. This is made easier by the appearance of Ai-ming. She’s seeking refuge in Canada as a result of her involvement in the Tiananmen Square protests and is offered a temporary home with Marie because her own father was close to Marie’s. From there an epic story unfolds. The historical lens focuses mostly on the intertwined fates of three musicians –Sparrow, Zhuli and Kai – who struggle to channel their love of music during the Cultural Revolution, a period when only a handful of state-sanctioned songs were allowed. Thien then draws a line between the events of the Cultural Revolution and those surrounding Tiananmen over a decade later.

Like the music that Thien describes, the prose is lyrical. Elegant words and tunes however cannot hide the horrors the characters endure. Herein lies another of the novel’s strengths; Thien’s exploration of the universal issues of suffering, responsibility and guilt. While never overtly stated, the question “would you maintain your moral compass in a totalitarian state?” is asked throughout. A pertinent enquiry always and especially today. This is essential reading for everyone, not just history grads. 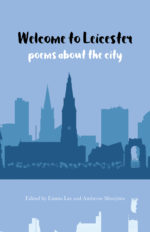 ‘The place is alive in a kaleidoscope mellay of patterns and shapes that fill the senses,’ David Holloway.

From the river to the markets, from the Abbey to the statue of Thomas Cook hurrying home, who, leaping to the present, might not believe her when his wife tells him, ‘how the Loughborough-Leicester trains do fly since they ran out of steam; how the hansom cabs get by without their horses; how the road to Market Harborough is tarred and free of carriage ruts, alive with the vehicles’ engineered roars; he can sample India from Chettinad to Shimla before he’s walked to Victoria Park; how the world has shrunk since he last kissed her; how he has played his part in this.’ Jayne Stanton.

It was delightful that there were poems with a modern message.

‘Now, the Romans are back. This time they’re warmly welcomed and there’s a petition being raised to honour their affable leader, Ranieri, Caesar of the city, who restored the reputation of Leicester with his team of fearless warriors.’ Andrew Button

And ‘Not too much to love, A bit workaday, plain, But, when push came to shove, it voted Remain.’ D A Prince.