Twelve writers from across the country are joining Penguin Random House UK’s year-long mentoring programme, WriteNow, which aims to find, mentor and publish new writers from communities currently under-represented on the UK’s bookshelves. Each writer is being paired with a mentoring editor from Penguin Random House with experience and expertise in their genre. Together, the writers and editors will develop the manuscripts to make them the best they can be and ready for publication.

Here we profile three of the twelve selected writers: 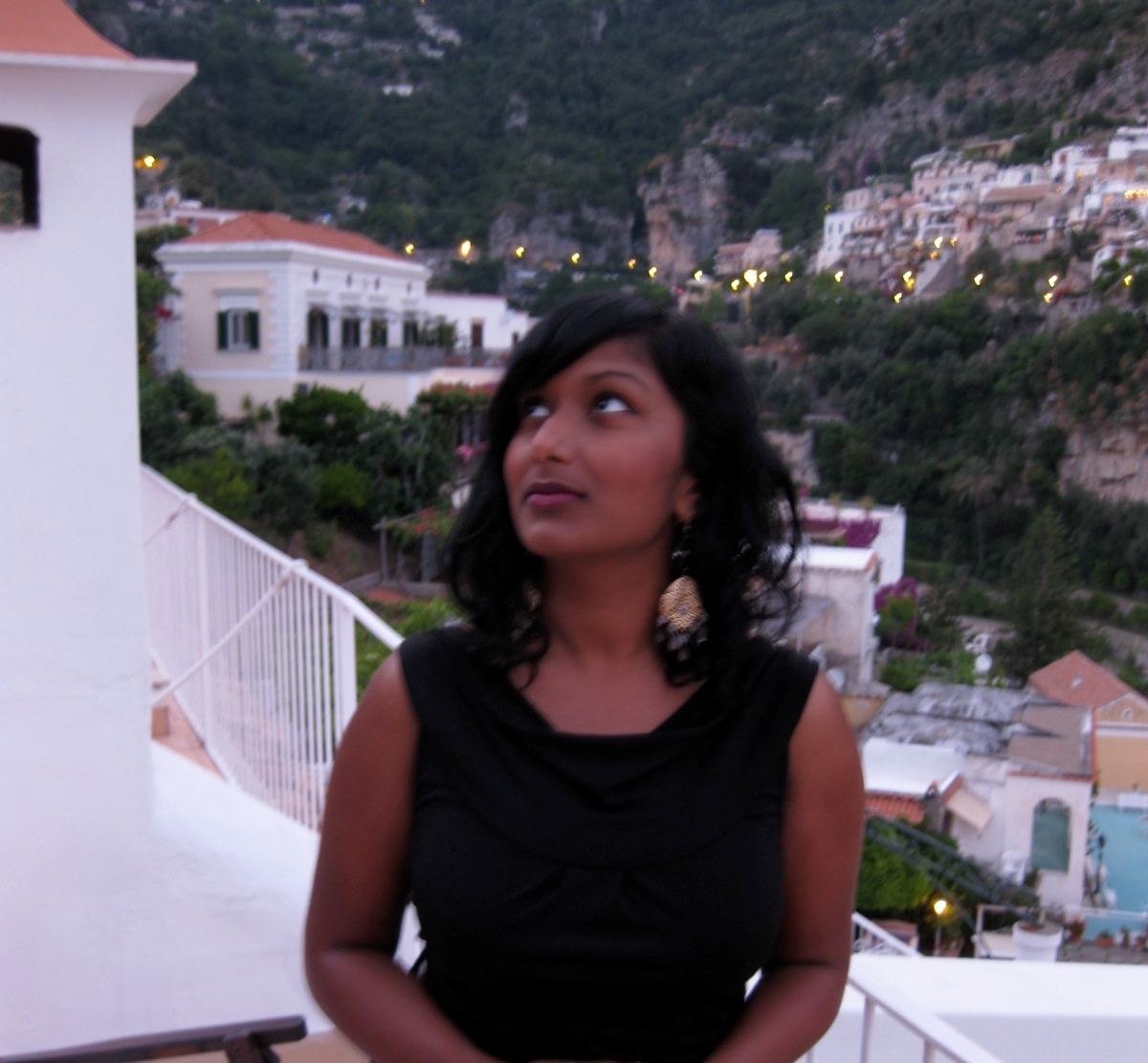 Emma is 35 and a second-generation British Pakistani woman living in South Wales, where she grew up. She is a secondary school English teacher, currently at home with her first child and focusing on her writing. She says her work is inspired by Meera Syal and Bali Rai in particular, commenting “their work resonated with me and showed me that I could write characters like myself, and those around me”.

Her book Black Moon is a young adult novel, telling the story of a fifteen-year-old British-Asian, Neena, who is tormented by grief and guilt after her brother’s death. Fraught to feel closer to him, Neena begins to adopt her brother’s behaviour and defy her conservative parents. As Neena’s journey navigates the loss of her brother, her parents’ cultural expectations and the thrill of her first love, her fragile sense of self is threatened.

In the author’s own words: “Black Moon explores the themes of identity, belonging and the impact of mental illness on relationships.”

Hearing about the programme on Twitter, Emma was drawn to WriteNow’s aim of increasing the diversity of voices in literature. Commenting on WriteNow, Emma said:

“I’ve been hugely inspired and encouraged by the WriteNow process so far. It’s been so exciting to be a part of and an extremely validating experience for me as a writer. The feedback I received during my one-to-one at the insight day resonated so deeply that – combined with the editor’s encouragement – it gave me clear direction and courage to complete the draft of my YA novel.

“Programmes like WriteNow are vital to find new voices and stories that aren’t being told or heard. For writers, such programmes provide encouragement, validation, guidance, and focus. They nurture talent and help writers find and build their voice. For literature and readers, these programmes help to fill gaps to provide a fuller representation of the society we live in today. I’m so excited to be a part of this programme!” 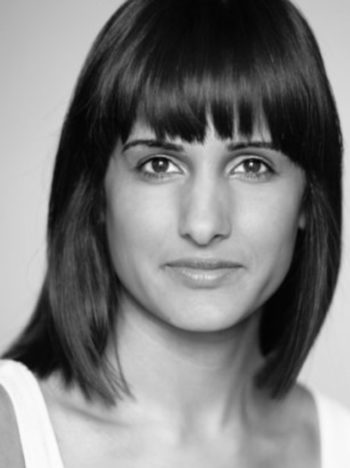 Manjeet, originally from Walsall in the Midlands, now lives in Folkestone, Kent. She is an actress and a playwright. She especially enjoys backpacking on a shoestring budget for a few months a year.

Her book Flying Solo is a verse novel for young adults, telling the story of 15-year old Indian girl Amber who has a passion for running. This is Manjeet’s first novel, and she has found WriteNow’s guidance through mentoring especially helpful in working on her manuscript.

As a fan of Sarah Crossan, Manjeet admires the way Crossan plays with form and tackles difficult subjects in a non-patronising way. Manjeet applied to WriteNow for external guidance and the chance to work with an editor on finishing her first manuscript. Additionally, like many other of the 12 selected writers, she has also enjoyed gaining such a valuable insight into the publishing industry.

Ideally, for Manjeet, there would be more books with strong female protagonists on bookshelves as well as “books that represent diverse voices (whether that be race, culture, class etc) but they are not marketed for their ‘difference’ but rather the universality of the stories.”

“I think there are a lot of writers out there that like me are scribbling away at a manuscript and hitting a brick wall. If it were not for the mentoring programme I would not have applied.

“The mentoring programme will give writers like me the confidence to hand over their work knowing it doesn’t have to be finished and perfect.” 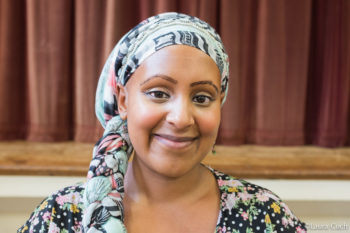 A self-proclaimed devourer of fiction, Nazneen is a British Bangladeshi Muslim, mother to a three year old boy, a co-carer and a historian of migration and religion at University College London. She currently lives in Southampton.

The Strange Children of the Spittlefields is the first in a fantasy fiction series, set between London, Gujarat and East Bengal in the 19th Century. Focusing on main characters Tipu and Chompa, The Strange Children is the story of how these characters piece together the dark deeds of The Company and plot its destruction.

Taking inspiration from Philip Pullman, Malorie Blackman and Frances Hardinge, Nazneen particularly enjoys how their work has defied general assumptions about children’s literature and what is possible within its genres.

After seeing WriteNow advertised on a local writers’ Facebook page Nazneen “applied on a whim”. Her confidence has grown throughout the programme, while her ability to connect with other authors has proved invaluable during the solitary process of writing.

Nazneen would like to see “a lot more middle grade and young adult novels with non-white, queer or disabled protagonists – not as sidekicks or at the margins of the story, but centre-stage, across genres but especially in fantasy, historical fantasy and science fiction.”

“Just having my story noticed by Penguin Random House has given me the self-belief to think of myself as a writer, and focus on getting my book finished and out there, neither of which seemed possible before. I have also met some inspirational writers who have become very close friends. These friendships have formed the basis of a support network, which is really valuable, as the writing process can be very solitary.

“We need more diverse books that can speak to the diverse society that is Britain today (and Britain of the past!) But there are so many barriers to being published as a “minority”, not least that the publishing industry itself is still so predominantly white, straight and middle-class. Schemes like WriteNow reach out to those who wouldn’t otherwise be heard by the industry because they don’t have the right kind of tools, knowledge or contacts, and that’s crucial to getting more diverse books out there for us all to read.”

Over 2,000 writers applied for WriteNow last year, with 150 invited to attend regional events in London, Birmingham and Manchester where they heard from editors, literary agents and authors including Jonathan Coe and Malorie Blackman.

Penguin Random House developed WriteNow in partnership with writer development charities Spread the Word (London), Writing West Midlands (Birmingham) and Commonword (Manchester) to help make books and publishing more inclusive. Tom Weldon, CEO, Penguin Random House UK, said: “Books play a unique role in society. They spark conversations and bring people together through new ideas and perspectives. Our role is to seek out voices that speak to all of society and make sure those books and stories are for everyone. That’s why programmes like WriteNow are so important and I am really excited that we have the opportunity to work with these talented writers over the next year.”