Lawyers are experienced wordsmiths so it should come as no surprise that a new wave of novelists come from the profession. Are they giving up the law to write? In this feature we spotlight three lawyers who have turned their hand to fiction.

It was Abda Khan’s experience as a solicitor that led her to write YA novel, Stained. She wanted to explore the challenges faced by many of the women she met as part of her work. She visited a local bookshop in search of contemporary fiction that tackled the issue-based fiction that she was passionate for. When she couldn’t find anything, she decided to write the book she wanted to read.

In similar fashion, Saurav Dutt’s novel, The Butterfly Room also tackles issue-based fiction specifically honour killings, gender equality and domestic violence. He was compelled to write when he realised that he could use the realm of fiction to spotlight the human rights issues that he was so passionate about.

For Meera Betab writing and the law allow her to reflect upon ideas of justice or fairness. She says that it is one of the reasons why she thinks many lawyers do write fiction, citing Dickens, Lee and Kafka among them. But she is less inspired by her legal work and returned to writing to fulfil a childhood passion. For many years she only wrote short stories and it was through this process that she found an idea for a novel. 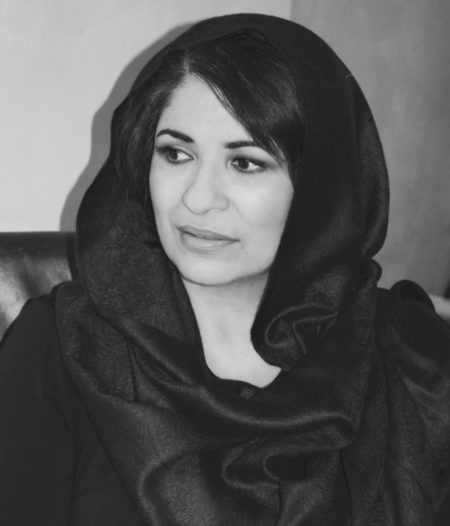 Finding the time to write

“I usually write in the evenings and weekends. I had more time when I wrote Stained,” admits Khan. Since publication, her diary is filled with marketing and promotional activity – newspaper and radio interviews, creative writing talks and school visits, which leaves her with little time to work on her second novel.

Dutt leans to the wisdom of his peers. “Clive Barker once said that a writer must find the time to write something, anything, every day, especially when you don’t want to. You have to do something, a paragraph, a sentence, planning, and construction of a character arc because it’s a muscle that has to be honed.”

But Betab is much more forgiving, and admits that fitting it all in, can be difficult. “It can be quite a challenge finding time to write when working full time and being a single mother of a 6 year old. And to keep it going despite all the unpredictable things that life throws up.” She aims to write most days and wakes up at 5am, fuelled by coffee to power through.  “I prefer to get the writing done first thing in the morning before I start my legal work and before I can think of a hundred excuses as to why I can’t write that day.”

It can take new writers years to hone the craft and even then, they may never feel satisfied with what they’ve produced. I ask our lawyers turned writers what they did to prepare themselves for the challenge of writing a novel.

Khan says she threw herself into the process, learning as she went along. “To be honest, I leapt right in! Some may say that was the wrong thing to do, but I think it means the writing came from the heart.” Betab took a more traditional route, attending a weekly evening class at the Mary Ward Centre for beginner writers which gave her the discipline to sit down and write. “Attending a class helped me get back into writing by having to actually write something every week and to focus on aspects such as place, character and dialogue.” She earned a place on City University’s Novel Writing Studio, which gave her a chance to focus on writing a novel for two evenings a week for a year.

For Dutt, creative writing classes were not something he considered worthwhile. “You can’t teach a writer to write,” Dutt says. “I laugh at these grossly priced ‘masterclasses’ which can teach you nothing. Frankly, unless Stephen King or John Grisham etc is teaching this course and has gone through that pain, what can they teach you?”

The consensus appears to be that learning by writing is the best way. ‘I am not sure that you can be taught to write but I do believe that it is a craft that can be improved upon with actual writing,’ Betab says.

“Courses would laugh at the likes of Cormac McCarthy and Kerouac due to the way they bastardise the conventional rules of writing. So leap in, be prepared to fail but fail forward fast.” Dutt urges. 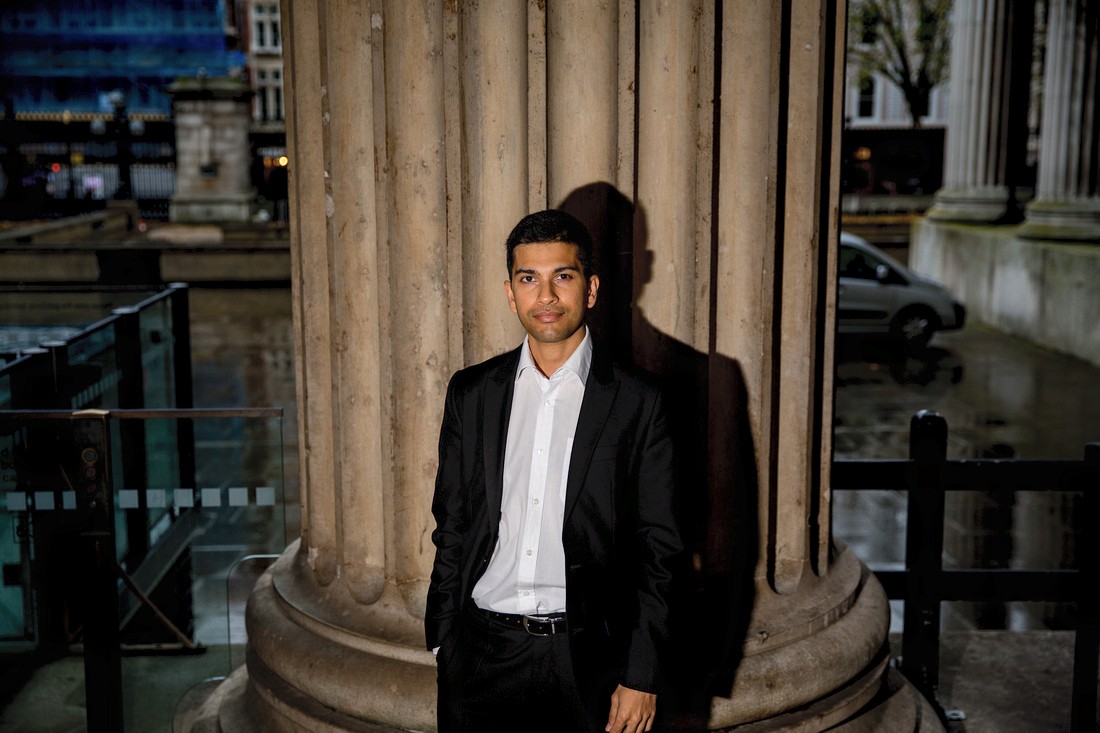 The challenges of novel writing

Betab says her main challenge is to try and shut out the inner critic and to put words on page before self-doubt creeps in, “I have to trick myself into thinking no one is ever going to read what I write so that I can write freely and without inhibition.”

For Khan it was the lack of formal training that hindered her progress when she wrote her first novel, and undermined her ability to tackle the technical aspects. “I did struggle with some of the descriptive passages, especially of surroundings and nature” Khan confesses. By focusing on her strengths she was able to make steady progress and see the project through to completion.

“There is always a point in your writing where you do want to just stop and give up, where the pain of writing seems too much,” Dutt says. “Then you persevere because you have to write for yourself.”

It’s this commitment to subject matter that seems to be the key motivator for these artists to complete work.

Once their novels were finished, Dutt and Khan approached publishers but found the process tough. Khan says she had some ‘nice’ rejections but ultimately the feedback was that it would be a difficult book to sell in the UK marketplace. She eventually found a US publisher, Harvard Squared Editions to work with. Dutt went on to self-publish.

Betab won the City University’s Novel Studio Competition and her novel was passed on to an agent with a view to secure representation. She continues to work on submitting to competitions, and will be published in the forthcoming Dividing Lines anthology, launching next month. 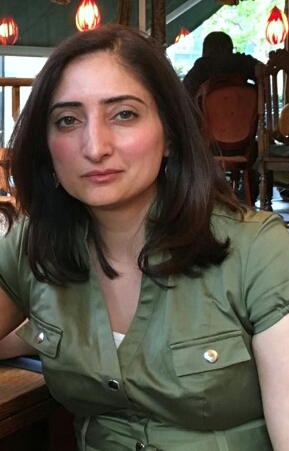 What they wish they knew before they started

Betab says her biggest lesson has been to overcome perfection. “The important thing is to get it down even if it isn’t perfect. You can’t re-write and make something better if you haven’t got the words down in the first place.” For Dutt, he wishes he knew how to work smarter, not harder, “you must seek to improve all the time, there is no perfection. I know more writers who fail in the name of perfection when really they should only be looking to improve their art.” But Khan is damning about the industry itself. “I wish I had known that you can’t take people in the publishing industry at their word. Just because someone promises something, it doesn’t mean they will do it.”

Can you really write and work full-time?

Betab says that employment offers her financial stability and an income that she may not achieve as a full time writer. “It’s difficult to write when you are worried about the basics of living, more so if you have children to clothe and feed too.”

Dutt spears towards the practical too, citing the failed novelists who never make it because they keep putting off the work for another day. “You have to make time. Even if its fifteen minutes a day. If you can make and drink your chocolate latte or go for 5 smokes a day, you can write a paragraph to add to that novel.”

Khan is less convinced that you can do both well and suggests that the emotional pull to write must be there to stay committed to the project. “I think you have to know why you want to write. In my case, I want to highlight issues that I care deeply about. You have to have to have a long-term approach, and have enough passion and energy so that you can juggle both. It is possible, but you have to want it enough.”

It seems time is, and always will be, a barrier for most would-be novelists. Betab’s advice for someone thinking of taking the leap is to start by writing when you can. “You don’t need huge swathes of time, just small pockets of time-just a few minutes or an hour or two a day or part of the week or even just the weekend or every other weekend. Whatever works for you but whatever you do, just write, it all adds up.  Routine helps.”

Since publication Dutt has moved away from practice to focus his efforts on project management and talent acquisition. Khan and Betab continue to work as full time lawyers.