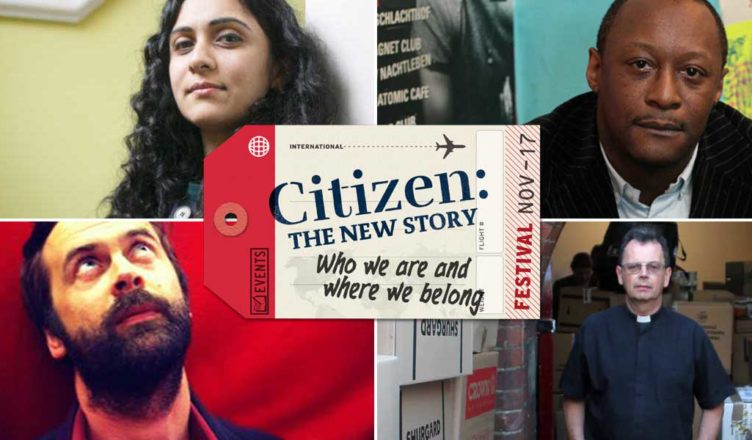 My mother and grandmother told me folktales and myths in Gujarati. I read a lot as a kid too. My twin brother and I would go each week to the mobile library just beyond Hermitage Road in Loughborough. There we’d explore everything from Roald Dahl to Harriet the Spy to the Greek Myths. The librarian knew us so well he let us stamp our own books. As I grew older, my sister, who read Cultural Studies in Birmingham, introduced me to bell hooks, Stuart Hall, Paul Gilroy, and Avtar Brah (who I was thrilled to learn had spent time in Leicestershire). I also fell in love with Toni Morrison, Alice Walker, Sylvia Plath, Gabriel Garcia Marquez, and Kazuo Ishiguro. Reading far and wide made me feel like a citizen of everywhere. Ishiguro’s works (and the fact that I studied Ian McEwan’s The Child In Time during my A Levels) inspired me to apply to the Creative Writing MA at UEA. During my MA I learned to experiment, read critically, edit, and give and receive feedback. I also wrote a couple of short stories in Jean McNeil’s class that sounded like me. She introduced me to Pedro Paramo by Juan Rulfo, a book I’m still obsessed with. It has taken me ten years to learn my craft and to unearth a story I really want to tell.

In 2016 I won an Apprenticeship with The Word Factory and spent the year being mentored by a great writer, Vanessa Gebbie. Since then, I’ve been judging their monthly flash fiction competition with Emily Devane and Claire Adam. We’ve had to pass on some seriously great flash fiction pieces simply because they didn’t match the competition criteria or weren’t edited well enough. We’ll be showcasing the winning entries at the Word Factory Citizen Festival. Attendees will also have the chance to read their own work.

The Citizen Festival is all about nationality, identity, and social change. These issues have always been divisive but I think we live in an age of anxiety, fear, and mistrust of the Other, wherein populist rhetoric about immigration is causing tribalism and division. Language is increasingly debased and one of things writers and thinkers need to ask themselves is, ‘How do we promote the language of fairness and reason?’

As part of festival, I’ll be talking about Grenfell Tower and Listening with Courttia Newland, Andrew Williams, Alan Everett & Nat King. The Grenfell Tower deaths were a failure of listening. The disaster was deeply political and showed us the unequal society we live in. We must work collectively to challenge institutional and societal indifference.

Divya Ghelani grew up in Leicestershire and holds an MA in Creative Writing from UEA and an MPhil in Literary Studies from the University of Hong Kong. She is writing her first novel. Visit www.divyaghelani.com/

Word Factory’s Citizen: The New Story Festival takes place on 10-12 November. The programme includes new work from Lionel Shriver, Alexei Sayle, Ben Okri, Maureen Freely, Andrew Williams and Word Factory’s Melissa Fu. Nikesh Shukla, Kate Clanchy and the rest of the Word Factory team will introduce a range of new voices. The festival will also examine how writers can respond to major disasters with residents living in the shadow of Grenfell Tower. There will be contributions from Courttia Newland, Christina Lamb, A.C Grayling, Anthony Joseph, Preti Taneja and others.