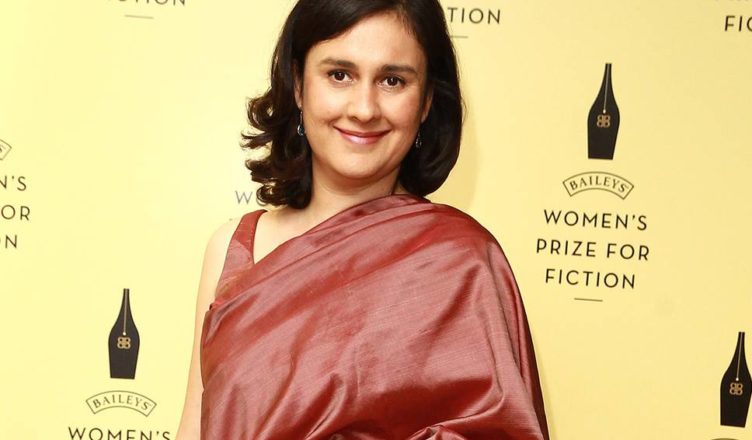 At an awards ceremony hosted in Bedford Square Gardens, central London – hosted by novelist and Women’s Prize Founder Director, Kate Mosse – the 2018 Chair of Judges, Sarah Sands presented the author with the £30,000 prize and the ‘Bessie’, a limited edition bronze figurine. Both are anonymously endowed.

Home Fire, a reworking of Sophocles’ Greek tragedy Antigone, is about radicalisation and family loyalties. Chair of judges, Sarah Sands said: “Home Fire is about identity, conflicting loyalties, love and politics. And it sustains mastery of its themes and its form. It is a remarkable book which we passionately recommend.” The panel had chosen the book which spoke for our times, she added.

Shamsie’s seventh novel had been previously longlisted for the Man Book Prize, and shortlisted for the Costa Book of the Year award and it was the third time that Shamsie had been nominated for the award, previously known as the Baileys Prize and Orange Prize.

Isma is free. After years spent raising her twin siblings in the wake of their mother’s death, she resumes a dream long deferred – studying in America.  But she can’t stop worrying about Aneeka, her beautiful, headstrong sister back in London, or their brother, Parvaiz, who’s disappeared in pursuit of his own dream – to prove himself to the dark legacy of the jihadist father he never knew.

Then Eamonn enters the sisters’ lives. Handsome and privileged, he inhabits a London worlds away from theirs.  As the son of a powerful British Muslim politician, Eamonn has his own birthright to live up to – or defy. The fates of these two families are inextricably, devastatingly entwined in this searing novel that asks: what sacrifices will we make in the name of love?

The other shortlisted titles were:

Set up in 1996 to celebrate and promote international fiction by women throughout the world to the widest range of readers possible, the Women’s Prize for Fiction is awarded for the best novel of the year written by a woman. Any woman writing in English – whatever her nationality, country of residence, age or subject matter – is eligible.