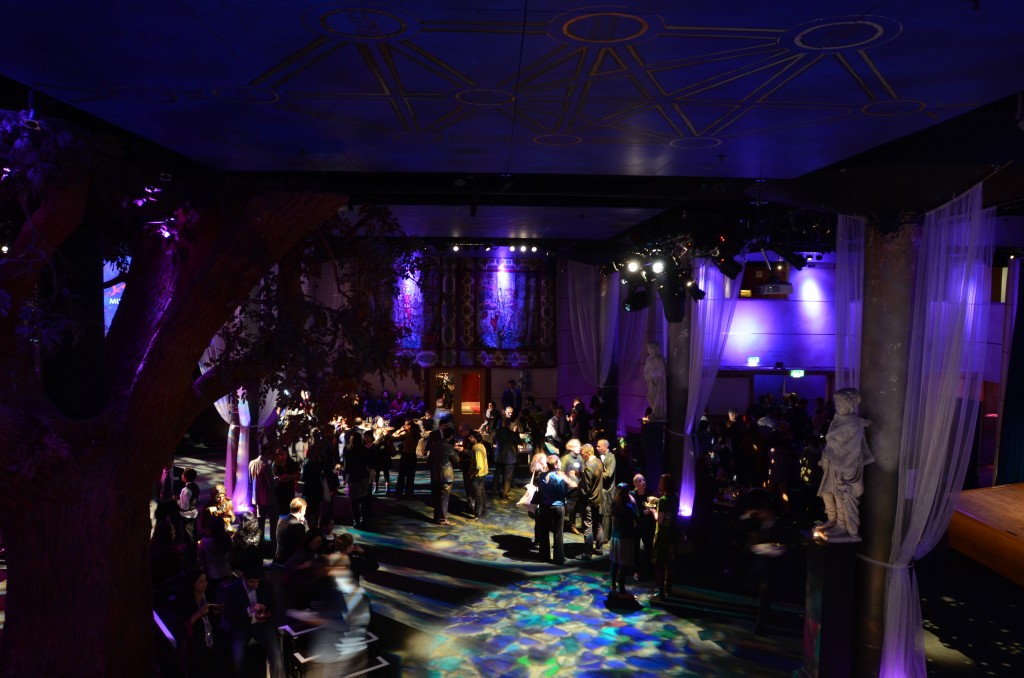 The Muslim Writers Awards was celebrated in an evening of glitz and glamour at the Shakespeare’s Globe in London (November 22, 2011).

Shahriar Mandanipour won the published novel category for Censoring an Iranian Love Story whilst Far From Home by Na’ima B Robert triumphed in the Children’s book category. Zkthepoet and Ahmed Masoud were declared as winners in the unpublished poetry and novel categories respectively. But despite the big names in the room it was a lesser known, emerging talent that suceeded in taking home the prize for Muslim Writer of the Year – Tam Hussein,  also suceeded in the short story category for his new work, Little Flecks of Silver.

The awards, now in their fifth year, aim to encourage and celebrate writing from Muslim writers across the globe and is sponsored by Penguin and Puffin Books. The event was broadcasted to a global audience via The Islam Channel and the tight scheduling meant the evening kicked off in an organised but less informal manner than I would have liked. Once the cameras were out and the awards themselves were over, an evening of networking and great food followed – and I can’t help but judge an event by the food it serves. I’m not fan of awards in general but I left the evening pleasantly surprised and impressed with the coordination of such a wonderful event which put emerging diverse writers in the spotlight.

But not everyone shared the love. Faiza S Khan, critic, columnist and editor of Life’s Too Short Literary tweeted this:

“It’s the “Muslim Writers Award” tonight in London, and frankly such a shame that it exists. And before people say, well, what about awards for women writers, that’s also you-can’t-compete-in-the-real-world nonsense.”

So what did people make of the event? I caught up with four guests of the evening to find out what they thought…

John Slack, director of the DSC South Asian Literature Festival said: “For me, the awards represented another important step forward in upping the profile of diverse writing in the UK. The calibre of guests there proved that the book industry is paying attention.”

Orange Prize nominated and author of four novels, Roopa Farooki said: “I was delighted to be nominated for the Muslim Writers’ Awards for my latest novel, Half Life, and although the evening of the awards ceremony itself was glittering and exciting, the work that goes behind the MWA is more impressive still – the support of young writers within their communities, encouraging Muslim poets and journalists to express and document their personal and public experiences, and promoting Muslim writers in the wider literary world.”

Yosef Smyth, Editor at Kube Publishing said: “As a publishing company involved in encouraging Muslim voices and writing that reflects their experiences, such a glamorous event is invaluable, as it focuses people’s attention on the activity of writing and creates a goal for people to aim for.”

Sagheer Afzal, author of The Reluctant Mullah said: “I thought the evening was very atfully organised; glamorous and informal…I fully support the efforts of the MWA and I think Irfan Akram has made a laudable achieviement in helping it garner the attention it has. My only concern about the MWA is the fact that not everyone who wins an awards seems to find it easy to get published. But I have no doubt this will change as the MWA grows older.”