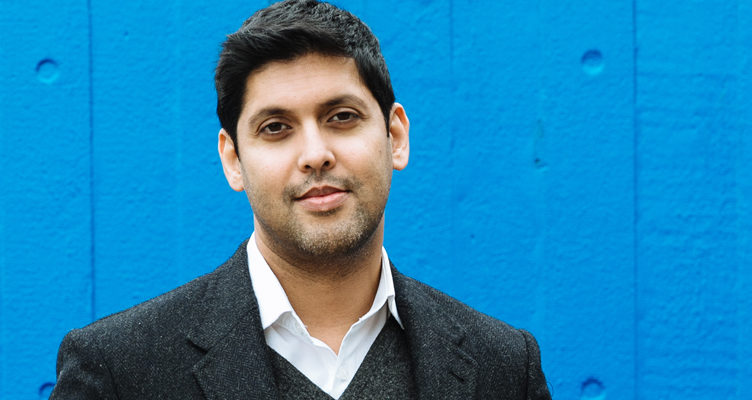 It’s been an interesting few years for British crime fiction. The market for crime novels has been growing steadily, and last year it became the most popular fiction genre in the UK with sales of almost nineteen million books. And yet, as recently as 2015, you’d be hard pressed to find one crime novel written by a British Asian published by a mainstream publisher. Three years on, the position is, thankfully, quite different.

It all started with the publication in August 2015 of London-based author, Vaseem Khan’s The Unexpected Inheritance of Inspector Chopra. The book was met with universal acclaim, was chosen by Waterstones as one of its Books of the Year, became a bestseller and saw Vaseem being interviewed on BBC Breakfast. As wonderful as that was, it also did something more important. It proved, to a predominantly white, middle-class publishing industry that there was a ready market for top quality fiction written by British Asians.

The publishers took notice, and in the short time since then, quite a few other British Asians have broken through into the ranks of writers who, if not exactly household names, are still well known in crime reading circles.

Khan of course, has gone from strength to strength, bagging awards in the UK and the USA, and his fourth Inspector Chopra novel, Murder at the Grand Raj Palace, was released in May. Beside him, other ‘old hands’ include Yorkshire based AA Dhand, whose series featuring Bradford detective, Harry Virdee, has won praise not only from the critics, but from the likes of Lee Child, and also been slated for a TV series. Dhand’s third, and if the rumours are true, best novel yet, City of Sinners, came out last week.

Then there is Sanjida Kay, whose psychological thrillers are as tense and as spine chilling as they come. Her critically acclaimed first novel, Bone by Bone was shortlisted for some of the highest awards and whose follow up, The Stolen Child has been optioned for film and TV. Her latest work, My Mother’s Secret came out in May.

Next up is Alex Caan, a specialist in terrorism studies who has worked for a number of government organizations, and whose first novel, Cut to the Bone an up-to-the minute thriller set in the world of YouTube vloggers was a Kindle bestseller and chosen by Sainsbury’s as on of the best of summer reads. Caan’s fantastic follow-up, First to Die, was released earlier this month, features political assassinations and biological weapons, and is so topical you suspect Caan might actually work for the Russian secret service.

What’s interesting about British Asian crime writers is that most, if not all, have professional careers outside of their writing. Rosie Claverton is no exception. Besides being a talented author, she’s also a screenwriter and junior psychiatrist. Rosie’s Cardiff-based crime series features Amy Lane, an agoraphobic IT whizz, only at peace when she has her fingers on a keyboard and her eyes on a screen. As befits Claverton’s medical background, her novels are especially notable for the accurate and sensitive way she portrays those with mental health problems.

Alongside these stalwarts, the last year has seen the publication of some outstanding debuts by British Asian crime writers.

For me, one of the highlights of the past year was the publication of criminal barrister turned writer, Imran Mahmood’s, wonderfully assured debut, You Don’t Know Me, which features a young man, brought up on the mean streets of London, on trial for murder. The novel is narrated entirely by the defendant, with the reader acting almost as the jury. It was  a BBC Radio 2 Book Club Choice for 2017 and has been longlisted for the CWA Gold Dagger for best crime novel of the year – quite rightly, because it’s one of the most original crime novels I’ve ever read.

Another was Khurrum Rahman’s witty and intelligent debut, East of Hounslow. Described as James Bond meets Four Lions, the novel tells the tale of Javid, a small-time West London dope dealer who finds himself being recruited by the security services. Rahman grew up in West London and knows his stuff. The novel crackles with authenticity and has been longlisted for the CWA New Blood Dagger.

A cynic might suggest that these writers are being published because diversity is currently the fad du jour, but their critical and market success would suggest otherwise. What’s even more satisfying, the number of British Asians being published continues to increase, with outstanding new authors seeming to appear on the scene every few months.

Among these, special mention needs to be made of Amer Anwar, one of the hardest working authors out there. Anwar won the prestigious Crime Writers Association Debut Dagger for his then unpublished work, Western Fringes, about a British Asian ex-con blackmailed into looking for a missing girl. He spent the next few years working on the novel before self-publishing it. Anwar, a graphic designer, ran a very successful guerrilla marketing campaign and the book came to the attention of Sharmaine Lovegrove the head of Dialogue Books. She loved it so much, she offered him a two book deal. Western Fringes was re-edited and will soon be republished as Brothers in Blood.

What is probably most pleasing about these writers is that, far from sticking to stereotypes, each is producing very different work from all the others. Historical mysteries, cosy crime, psychological thriller to hard-boiled noir and up-to-the minute cyber-crime, covering the whole spectrum of crime fiction. The one common thread is that we bring a distinct and different viewpoint to the world of crime fiction: that of the British Asian – British born and bred but with the Asian culture of our parents in our blood – and like the rest of our community, we see things from a different perspective than other people. That’s partly what makes our stories fresh and interesting.

Abir Mukherjee grew up in the west of Scotland. At the age of fifteen, his best friend made him read Gorky Park and he’s been a fan of crime fiction ever since. The child of immigrants from India, A Rising Man, his debut novel, was inspired by a desire to learn more about a crucial period in Anglo-Indian history that seems to have been almost forgotten. It won the Harvill Secker/Daily Telegraph crime writing competition and became the first in a series starring Captain Sam Wyndham and ‘Surrender-not’ Banerjee. Abir lives in London with his wife and two sons.