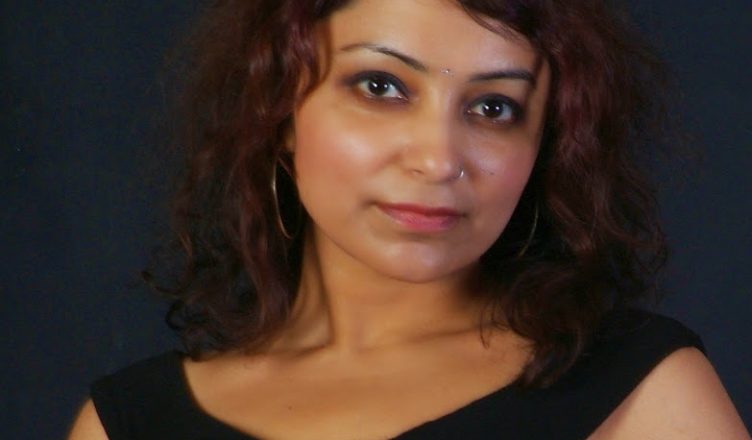 In my debut novel The Trouble with Rose, Rilla Kumar ditches her fiancé Simon Langton at the altar to ask her Great Indian Family the very important question: what happened to her missing sister Rose. The story follows Rilla in her search for her sister, but is peppered liberally with her noisy, interfering family, her persistent fiancé, and Lord Basingstoke – the cat that can only walk in parabolas. At its heart, the book is a quest to find a missing part of yourself.

My writing is all about encounters with the other. When I’m writing, I ask myself what would happen if you put all these crazy Kumars in the same room as the uptight Langtons? What mayhem would ensue if your interfering family thought they had a say in everything from your career and your boyfriend to the make of your bra? What do you do when you’re just a woman and a man in love, but everyone else and their aunty has an opinion on the difference in the colour of your skin? The comedic tone walks a tightrope with deeper issues of childhood trauma and family dysfunction.

I came to this book through a sideways path. In 2016, my short story collection Marmite and Mango Chutney won the SI Leeds Prize. It was a pivotal moment in my career which landed me my fantastic agent, but – it was a short story collection, and apparently, collections don’t sell! My agent and I decided to dive in headfirst. I wrote this novel and Harper Collins signed me on for a two-book deal. The prize – that celebrates diversity and excellence in women – was a catalyst for everything that followed. I think that we’re living in a time when publishing is asking huge questions about diversity – but we are only at the beginning of this journey. And the truth is, no one – not authors, editors or publishers, agents or publicists – have a map for what a truly diverse industry looks like or how to get there.

Having lived in and around London, Delhi and California, Amita Murray loves writing about the comedy and tragedy of cultural encounters. She has taught writing at the University East Anglia and the University of Surrey, and been a Leverhulme Writer-in-Residence at University College London and Writer-in-Residence at Plymouth University/Literature Works. In 2016, her short story collection won the SI Leeds Literary Prize. Amita lives in London, and teaches creative writing and yoga when she can be dragged away from the characters in her head.

The Trouble with Rose is Amita Murray’s debut novel.