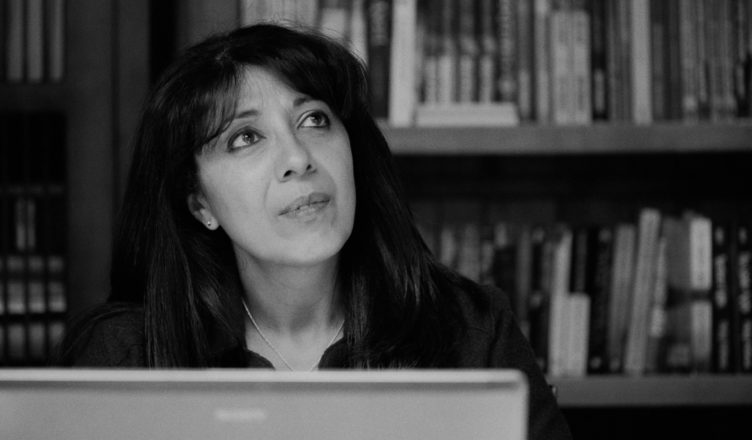 Without going into detail, my second novel The Girl in the Broken Mirror was triggered by incidents in my childhood, by the patriarchal sense of entitlement that some men feel they possess, by the fact that in many communities’ men and boys think they are somehow better than women and girls and are treated differently. In The Girl in the Broken Mirror, Jay is forced to live with her Aunty – a woman who upholds the terrible status quo that boys are better than girls, and that girls should serve and obey. Women, mothers, sisters, aunts – they all have a part to play in bringing a change in this status quo, too.

In the Asian community, as in many others, the subject of rape is taboo. If it is talked about at all, it is in terms of the girl’s honour, the family honour. A girl who is raped is considered to be tainted, besmirched, and impure. She may even be blamed for inviting the attack. She may not get the help she needs. I want that to change. Rape has to be acknowledged as a crime that must be reported. The perpetrator of the crime must face justice.

And, sadly, there is the universality of rape – which is not restricted to any one community.

The Girl in the Broken Mirror, also explores the culture clash that Jay feels when she moves from a liberal open-minded home to a very restrictive traditional Indian environment, which feels totally alien to her. She identifies as British, not Indian. She is not alone in feeling this way. There is a balancing act in identity, in what defines you that many second and third generation children of immigrants face. For some it may be a simple balancing act, but for others it is not, particularly if they live in a traditional family.

Writing about rape is difficult, whether the book is intended for adults or teenagers. But it is true that it is harder to write about it for younger readers because it is such a tough subject. The book has to remain accessible and readable, the language and imagery should not be too graphic, but the narrative must still retain a sense of pace without losing sight of the theme and the story.

I really hope that readers engage and empathise with the central character, Jay, with what she goes through in the story. Jay’s journey is traumatic, but I firmly believe, and this is particularly important for a younger audience, that the story must inspire the feeling that there is both help and hope at the end of the darkness, help in dealing with the rape, and hope for a future after the trauma. I want to encourage girls to find help.

I hope all young people will pick up the book – whether they are girls or boys, because it is as relevant to both sexes. In this #metoo and #timesup climate, it’s of paramount importance for both girls and boys to be aware of the boundaries, of the rights and wrongs of their actions, of the consequences, the repercussions, and the emotional and physical trauma of the act of sexual assault/abuse and rape.

I want girls not to feel in any way guilty or to blame for what might have happened to them. Society can be quick to point the finger at a girl, blaming her for dressing or behaving in a particular way. But she is never to blame. She should never feel guilty or ashamed or feel that she is to blame. I would like girls to know that there is help out there for them, that they are not alone. There are agencies, people, counsellors out there who can help them. There is always hope and there is always a future for them.

I hope adults pick up the book too. I hope it opens their eyes to the pressure a teenager faces trying to be part of two worlds – the world at home and the world beyond their front door. I hope it brings some kind of understanding as to why the things they don’t want to talk about, those cultural taboos, need to be talked about in order to bring about change.

Savita Kalhan was born in India, but has lived in the UK for most of her life. After graduating with a degree in Politics and Philosophy, she was a Batik artist, before getting married in the Philippines. She went to live in the Middle East for several years where she taught English and began to write. She now lives in North London, writing, running an allotment, and playing tennis. She runs an enthusiastic teen reading group at her local library in Finchley.

Her debut novel, The Long Weekend, published by Andersen Press, is a tense thriller about two boys who are abducted after school. Her new book, The Girl in the Broken Mirror will be published by Troika Books.