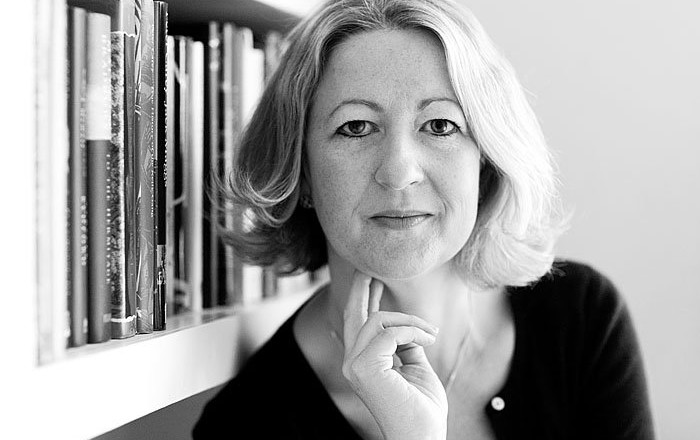 Is there such a thing as a ‘mistake’ in writing? It’s a curious question, as of course, there’s no such thing as the ‘perfect’ work of fiction and so it follows that everyone makes mistakes in their writing, all the time. However, the more obvious mistakes most often occur in a first draft, when we are not too familiar with our material and are still finding our way with a new voice.

I don’t like to be overly prescriptive, as it can be those who break the ‘rules’ who go on to be our most innovative and exciting writers. Yet in the twenty years that I have worked as a creative writing teacher and literary consultant, there is no doubt that there are certain recognisable traits that can hinder a work, making it ‘flat’ somehow, preventing it from having a deep impact on the reader.

I’ve put together this list, as a checklist to consider as you begin a new work or edit a first draft. If one or two resonate with you, it might be worth paying some attention to that part of your work, to see if you can strengthen the writing by developing your skills in this area. Effectively, these brief notes are just a starting point for further exploration.

The writer does not cut to the chase in the first chapter. Instead of diving in at a moment of inner or outer conflict, or a moment of mystery, we are given the character’s backstory or a less-than-interesting event to explain the character to the reader.

Action: Ask yourself, would it be more interesting to begin later? Does this moment express something essential? Is it fresh or fascinating?

Usually a third person narrative voice (but it could be a first) where we do not feel we understand the character, because the voice is so distant from the character’s perception of the world. As a result, we may lack empathy for the character.

Action: Research ‘free indirect narrative’ or ‘close third person narration’ and consider whether you can come closer to the character, so that you are effectively in his/her head, perceiving events directly. Look at your favourite novels to see how this can be achieved.

The character is not risking anything by behaving as s/he does. We don’t feel that anything is at stake in the choices s/he is making; it could turn out either way and it wouldn’t make much difference.

Action: Give the character a big choice, early on, and make the outcome really matter. If the character is under pressure, we instinctively want to read on.

The character doesn’t feel distinctive enough and doesn’t come alive for the reader. Often the character has little motivation and doesn’t seem to want anything. The character takes few direct actions. Or s/he may behave in expected ways, conforming to a stereotype.

Action: Ask yourself a list of questions about your character: what do you want to know that you don’t already know? Then quickly, unhesitatingly, answer them. The following day, reflect on which of these answers resonate for you. Consider your character’s backstory – what motivates their action? You must know what your character wants if we are to go on the journey with them. They should take direct action in the story.

The writer relies too much on adjectives to describe locations and characters, rather than revealing setting and character through well-chosen strong nouns and verbs (‘walked’ is a weak verb, whereas ‘sauntered’ is strong because it suggests something about the movement).

Action: Instead of lists of adjectives, find nouns that say more and use vivid sensory detail. For example, instead of ‘she touched the delicate, pale-blue flower’ why not write ‘she lowered her face to the hyacinth, inhaling the bitter scent.’ (the adjective used here is more precise and in the context of sensory detail, the noun and the verbs are strong).

Sometimes the writer is so keen to get on with the story that events happen too quickly and are skimmed over, so that the reader doesn’t feel grounded in the moment.

Action: Slow down! Make each moment come alive for the reader.

Characters seem to wander through a number of events, but they have little   motivation and they encounter few obstacles to their desires. Chapters end happily and the characters seem on an even keel.

Action: Write a list of the events in your story – are there enough turning points? Figure out what your character wants and what obstacles will prevent him/her from getting his/her desire. Active characters pursuing goals and coming against problems will be key here. We need to feel the tension inherent in the question: ‘will-she/won’t-she get what she wants?’

dialogue. The dialogue is not naturalistic. Rather, it is used to tell the story and inform the reader. As a result, it sounds stilted and reveals little about the characters. We don’t believe in such characters.

Action: Read your dialogue aloud and be really honest about whether people would say such things. If you know that you’re trying to get information across, you’re probably guilty of this. Cut out the exposition. Remember that people don’t always say what they mean, there is often a sub-text and characters have particular patterns of speech. Try writing the scene using dialogue to hide the truth rather than reveal it.

Characters tend to agree with one another and go along with the actions suggested by others. There is no tension between them and this impedes the narrative tension also. Everything comes easily for the main characters because their lives are straightforward. There is no inner-tension either, no sense of psychic uncertainty. This writer has forgotten that all drama stems from conflict.

Action: In the first chapter, introduce a central conflict. It may be an inner conflict or an outer one and it may be hidden beneath the surface, but it is very definitely there.

This writer is writing on autopilot. Perhaps s/he is writing to a particular genre brief, or because s/he feels that this kind of fiction is popular. Or it may be that the writer lost interest in the project long ago, yet feels that s/he ought to finish it. But for the reader, the lack of passion comes through. If the writer is bored, the reader will be too.

Action:  Only write what you are passionate about. If you have lost the passion, ask yourself how you might re-ignite it. Or pursue another writing project that pulls you to the page. Your passion will make you more productive and it will also make you a better writer.

Jacqui Lofthouse is the author of four novels including the bestselling ‘Bluethroat Morning’ and her latest ‘The Modigliani Girl’ .

She is the founder of The Writing Coach, which provides coaching and literary consultancy for writers. Her 30-day guide to productivity and confidence for writers Get Black on White is free to all subscribers to her newsletter.