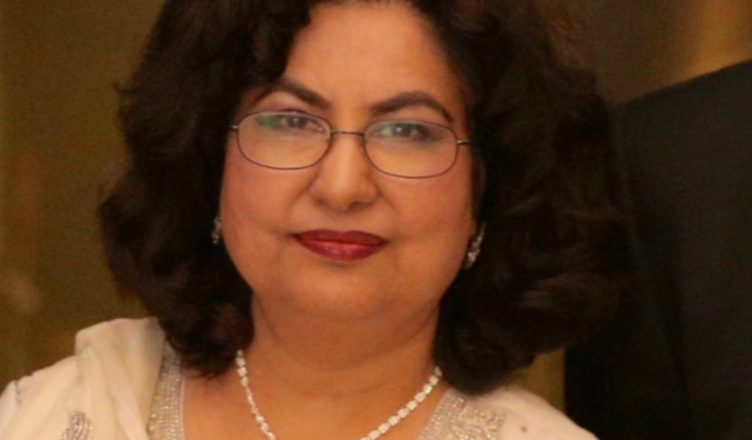 Firstly congratulations on being the most influential woman in Manchester. What does this achievement mean to you and how you would you like to continue the rich cultural heritage that Manchester is so well known for, through your work?

Thank you for your warm wishes- much appreciated! To be honest I was  bemused to learn about the status of being listed as Number 1 out of 50 Influential women in Manchester. It was a totally humbling experience, because such amazing and dynamic women, including Dame Carol Ann Duffy, the Scottish Poet Laureate and Rebecca Adlington OBE, the Olympic British swimmer and gold medallist are in that list too.

I have been working conscientiously, over a long period of time, in different fields of work, including as an ardent peace and women’s rights ambassador. As an international author I use my literary work as a tool for cultural bridge building, and promoting peace and harmony. I am also speaking up to challenge Islamophobia and stereotypes relating to Muslim women and anti-Muslim hatred, including in the press.

First thing that goes in my suitcase on my foreign literary tours is my peace banner, ‘Spread Hummus Not Hate.’ Writers, readers, and students happily posed with it, for example at Kerala literature festival in India and Ubud writers festivals in Bali.

Do you think it’s important for writers to look at the impact they can make at a local level? And how can one start?

When I write I am not consciously thinking about making an impact as such. The magic of creativity takes over. I am more absorbed in the writing process, developing characters, sorting out plot lines, watching the stories and characters grow in my head and heart. However, it is true that I do write partly to entertain and partly to explore and raise awareness about certain issues whether social, cultural or feminist.

It’s not imperative but if writers can make a difference for the better and help to raise awareness and improve things at a local level that is a good thing. Excellent relationships with your neighbours go a long way. My women neighbours on both sides are almost like my sisters, we do many things together, and have keys to each other’s home; a testament to our close bond and trust.

I am currently working on a new project; setting up the infrastructure for  an exciting Muslim arts and culture festival, MACFEST. It’s an ambitious project. The festival’s primary aim is to promote community cohesion in Manchester and beyond. We are living in the age of Trump, difficult times, where Islamophobia has risen and anti-Muslim hatred is rife. I strongly believe this festival will bring communities together, Muslims and non Muslims. It will celebrate the world of arts and of course, the rich Muslim heritage, as represented by Muslim communities from around the world, living in Manchester.

Taking you right back to the start of your writing journey, where did the impetus to write come from?

I think it primarily came from reading, a vivid imagination and the urge to tell stories-and it all began at school. I enjoyed writing, making up and retelling stories. One of my school friends tells me that I was a good story teller.

Over the course of your writing career you’ve tackled all forms of writing, from screenplays, to novels and short stories. Which one would you say you feel most at home with?

I am a trained scriptwriter, with a Master’s degree in scriptwriting therefore I am fully at home in writing drama serials. I have to admit though screen and script writing is very exhausting -as your brain cells are madly hammering away in creating drama and conflict out of situations, developing characters, dialogue and stitching together scores of self-contained scenes. Writing novels and short stories is my real forte and where most of my enjoyment lies. I have two novels on the go which I have to complete. One set in Morocco.

You very recently had a collection of short stories published. Tell us more about ‘The Concubine and The Slave-Catcher’?

My latest work, ‘The Concubine & The Slave Catcher’ is a collection of 10 stories from around the world.  Set on four continents, in 10 countries and at different periods in history I have focussed on the drama of human relationships, played out against various scenarios: the daily struggles for survival of Jews in a Polish concentration camp; the selling of slaves in 18th-century Boston; the tragedies of the partition of India and Pakistan; modern-day friendships in Abu Dhabi, and the fatal jealousy of an Incan concubine and a Spanish wife in 16th -century Peru.

What has been the best and worst writing advice you’ve been given?

Polish your work well before passing onto the editor and hook your reader’s interest from the very first paragraph was the best advice I received. As to worst advice- actually nothing comes to my mind- which is fortunate for me.

Do you have a writing ritual? When and where do you find yourself most productive?

There is no standard writing ritual as such at the moment. It has varied over the years. In the early years of writing ‘The Holy Woman’ and ‘Typhoon’ when I had a full time job in education, and was looking after three young sons, the best time to write was over weekends, sitting in bed, writing by long hand – there were no laptops then. Someone else typed up my work. Now the most important item in my home and one which travels everywhere around the world with me is my laptop.

I still have to juggle and snatch time here and there to get some writing done. When there are deadlines to meet, for instance to send my final manuscript to my editor for a certain day and time then writing is my first priority and I work at all hours. At the moment, I am very busy with my new festival project. I have not touched my novel manuscript for weeks. However writing related and promotional activities like this interview still continue.

These days ideas just crowd in my head, for example when I am in a zumba class- I can’t believe how much goes on in there whilst I exercise-to music. Music has got something to do with it. In the old days listening to music whilst driving on long car journeys was very productive for me. Sometimes whilst washing my hair I found new scenes jumping out of my head!

Is it important for you to make sure that your work reaches audiences in Pakistan? Can you tell us more about how you’ve been involved in working in Pakistan over the years and how this came about?

Yes, my Pakistani audience is important for me. Even though I have lived in Manchester since the age of 9 and write from here I have a strong working relationship and emotional link with Pakistan. Three of my novels are set in Pakistan. My 14 episode drama serial ‘Dil Hee to Hai ‘ was televised in 2003 in Pakistan. My first novel ‘The Holy Woman’ is translated into Urdu. Many post-graduate Pakistani students have written their thesis or essays on my novels.

Like Indonesia, India and Germany Pakistan is an important country in my literary life. I have appeared in Karachi and Islamabad literature festivals as well as toured many cities for university and colleges lectures over the years including under the auspices of the British Council. I love visiting and meeting my dear relatives, friends, and fans in Pakistan. I am due to take part in Karachi literature festival in February, as well as presenting a paper at a conference on the theme of ‘Sense of Belonging’ hosted by International Centre for Pakistani Writing in English (ICPWE ) in Kinnaird college for women, one of my favourite colleges in Pakistan.

There’s been lots of discussion of late about the lack of diversity in publishing. What has your experience been of the UK publishing industry and what needs to change to redress the balance?

Yes this issue remains and needs to be urgently addressed. We need more writers of diverse backgrounds. It is imperative for publishers to become more committed to the issue of diversity. They need to ensure that they represent diverse voices and use them in a positive way and not resort to stereotyping and sensationalism in a bid to sell books.

Similarly, we need books including for school children which strongly celebrate diversity, and accurately reflect the present day, multi-cultural society of the UK in big cities, for example. Book covers should use images sensitively chosen and of people from different backgrounds and faiths.

Having said all that I believe the current situation is far better than when I started my writing career decades ago. I have been asked to write children’s books which celebrate diversity- but the adult work keeps me so absorbed.

My experience of publishing short stories and novels has on the whole been fairly positive. Most writers of diverse backgrounds are wary of being marginalised, being pigeon holed in certain categories, for example, being labelled as Black or Asian.

Finally, what advice would you give to anyone thinking about putting pen to paper?

Just write and keep on writing – don’t give yourself a hard time, worrying about it all. Don’t be so pedantic with the first draft- just write at what ever point – the beginning or the end of a piece- it’s best to write something.

Don’t let your article, story or novel go out of your hand until you have done your very best. Nothing is worse than a sloppy manuscript with grammar and spelling mistakes.

If you run out of ideas- end up with a writer’s block-don’t fret- do something else; edit what has been written, do research etc. It is better you carry on with some other writing related chores.

Show and share your manuscript. Get it read by other people and writers who you trust. Don’t baulk at the constructive criticism that is likely to come your way. Learn from it.

Don’t be distressed or put off by the editors and publishers rejection slips- its normal part of the writing trade- grow a thick skin and just carry on!

Qaisra Shahraz is a British-Pakistani award-winning and critically acclaimed novelist and scriptwriter. She is winner of the prestigious UK National Diversity Lifetime Achiever Award for Services to Literature, Education, Gender and Interfaith Activism. Shahraz was recognised as one of 100 influential Pakistani women in the ‘Pakistan Power 100 List’. She is a Fellow of the Royal Society of Arts and an advisor to and former Director of Asia Pacific Writers and Translators partnership. Her novels The Holy Woman, Typhoon, and Revolt as well as short story A Pair of Jeans are translated into several languages and studied in universities and schools. Shahraz is a gender and peace activist. She devotes a lot of her time and energies to building cultural bridges and promoting messages of tolerance and community cohesion in the UK and abroad through her literary tours.