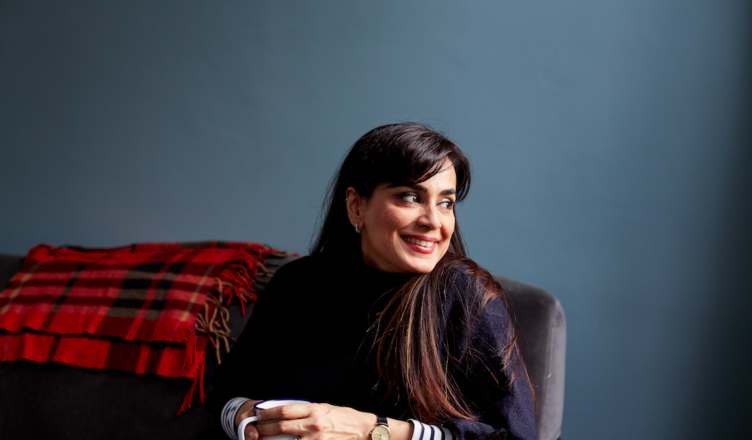 It was Sumayya Usmani’s longing for home that led her to start a memoir-based food blog. At the time, she was working as a full-time lawyer, missing Pakistan and the food that she grew up with. She noticed that no-one was representing Pakistani cuisine, or what made it distinctive from its neighbours. Usmani began writing in her spare time, exploring her memories and creating new ones, through the recipes she shared online. Initially, she had no expectation of where the blog might lead, but soon enough, she found herself pitching ideas to magazine editors and landing work as a food writer.

“I think it was a bit of luck and a bit of passion,” she says of her transition from lawyer to published author. In the space of eight years, she has written two cookery books, pens a weekly column for a Scottish national, and regularly appears on the radio. Usmani says the turning point for her came when she struck up a friendship with the queen of curries, Madhur Jaffrey, who was working on Curry Nation at the time. Jaffrey was supportive of Usmani’s writing and encouraged her to write her first book. By this point, Usmani says she had built up a network of support of trusted food writers and editors whom she could turn to for advice and began to put together a proposal for a book. ‘Summers under the Tamarind Tree’ was successfully pitched to Frances Lincoln and went on to be shortlisted for numerous awards as well as being voted cookery book of the year by several newspapers, including the Guardian. Usmani’s follow up, Mountains and Desert Spice was published last year and was equally well received.  I ask her about the process of pitching a non-fiction book and Usmani runs through a step by step guide (see below). I’m impressed by her attention to detail and can’t help but mention this. ‘It’s probably the lawyer in me,’ she says.

Usmani was born and raised in Karachi, before her family moved to London where she was raised. So much of her cooking, she says, is about her yearning for home. “Cooking is memory driven, all my cooking is linked to home.” For the past few years she’s been living in Glasgow where she feels more settled and at home, because like Pakistan “it is magical and the country of underdogs.”  Usmani sparkles when we return to the subject of cooking especially when I ask about the ‘andaza’ approach she employs. ‘Andaza’ is an urdu concept which literally translates to estimation, but Usmani explains it as a sensory way of cooking, a link between mind, heart and hand where you feel the flavour through your fingertips and cook a dish through recollections of smell and flavour.  It’s by cooking by seeing or sensing, as opposed to the methodical, measure-everything-approach we are accustomed to, although Usmani asserts that it is not culturally specific.

But what I find particularly fascinating by this process of adding a pinch of this, and a pinch of that, of trying to get a feel of a dish by cooking it, is that seems to be much like the process of writing: you have to take a leap of faith, go with your gut, and learn by doing. And perhaps this is why, Usmani’s transition from full-time lawyer to food writer appears so seamless. I ask her what advice she has for anyone else who might be thinking of switching careers .“More than anything else, write for yourself. Why do you care? Feed your own passion. I write because it makes me happy. I do it for me before anyone else.”

Non-fiction books are acquired on the strength of a proposal and do not need to be completed before they are submitted. Here’s a breakdown of what your proposal should contain:

Sumayya Usmani grew up in Karachi, Pakistan and moved to London over ten years ago, but has found home in Glasgow, Scotland. A food writer and cookery teacher, Sumayya is passionate about sharing the flavours of her homeland with a view to highlighting Pakistani cuisine as a distinct one.  Sumayya advocates cooking by “andaza”, (sensory and estimation cooking), which is how she learnt to cook from her mother and grandmothers from a very young age. She appears frequently in many online and print publications, on television, and co-presents BBC Kitchen Cafe weekly on BBC Radio Scotland.