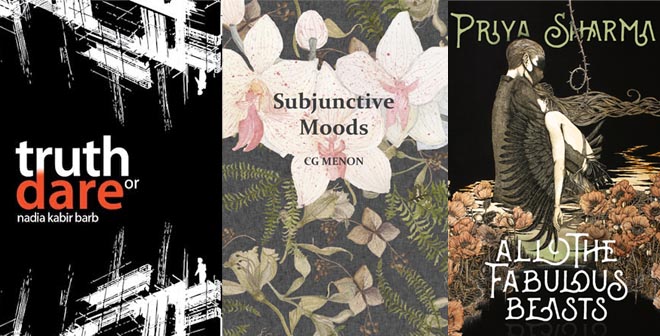 The short story has traditionally been an American love affair. Hemingway, Carver and Vonnegut are often cited among the ‘greatest’ of all time. Across the Atlantic, hundreds of new short stories are published each week through independent small presses, the New Yorker publishes one each issue, which is unpicked and put back together again during their hour-long podcast, and many more are written by nervous MFA students.

In the UK, the form has at worst been ignored, but recent literary prizes seem to have played their part in elevating interest. The popularity of creative writing degrees has helped to produce a new wave of writers who are firmly committed to mastering the art. Despite this, securing publication for a collection from a first-time writer remains difficult.

In fact, only a handful of Asian writers have had such success, most of them achieved this during Bloomsbury’s year of the short story in 2012.  Parameswaran’s I am an Executioner was published as part of the campaign, while Parajuly’s The Ghurka’s Daughter was shortlisted for the Dylan Thomas prize. Neither reached the dizzying heights of Lahiri’s Pulitzer win for her collection, Interpreter of Maladies but Roshi Fernando’s Homesick was reprinted when she made the shortlist of the Sunday Times Short Story Award.

Across Asia, a new trend appears to be emerging. Last year, Kitaab published The Best Asian Short Stories, a collection bringing together thirty-two new and emerging voices from across the continent and only last month, Penguin published The Penguin Book of Japanese Short Stories which hints that a series focusing on Asia might be forthcoming. It seems at last, some attention seems to be on Asian short story writers and our own prize set up in 2012 has produced some excellent winners, including Deepa Anappara who recently won the £10,000 Deborah Rogers award.

First collections by Asian writers are finally being published too and these writers are commanding the same attention as debut novelists. Three such collections include Priya Sharma’s All the Fabulous Beasts published this Spring, Nadia Kabir Barb’s Truth or Dare published last year in Bangladesh and our 2014 short story prize winner, CG Menon’s Subjunctive Moods which came out last week. What’s interesting about these collections is that they don’t conform to a certain type of writing, but cross borders and boundaries, spanning generations and continents, exploring themes of transformation, love, identity and loss.

It’s worth noting from the outset that none of the writers I spoke to had actually set out to write a collection of short stories. Sharma had already written forty short stories before publishing her collection retrospectively. Her publisher, Undertow helped her to select the pieces that would work well together. She says she didn’t realise how much she’d returned to the theme of metamorphosis until she saw the stories side by side and hopes readers will “park their prejudice about horror and dark fantasy at the door” to pick up the collection.

“I’m interested in the idea of physical manifestation of facets of human nature; there’s a lot of hybridisation going on in what I write. I’m not sure if that ties into my subconscious ideas around what defines monstrosity and the concepts of otherness.” ~ Priya Sharma

Barb goes as far as saying she never even set out to work on the short story form at all and had her sights set on a novel, but procrastination and life got in the way. It was only after a bout of illness that confined her to rest, that she says, a number of characters began speaking to her. “They simply dictated their lives on paper.”

“It turns out that it can be quite liberating to inhabit the bodies and lives of others, flit from one continent to another and move through time –  be it the past, present or future.” ~ Nadia Kabir Barb

Barb says thematic concerns were intrinsically tied to emotion and the narratives she created, and expects readers will warm to her flawed characters, and their familiarity as well as their unpredictability.

Although she has won a number of short story prizes, including The Asian Writer Short Story Prize in 2014, Menon also admits that she had no idea or inclination of putting her short stories in a collection. She wanted to explore how “we continually grow and change, and how tiny, breath-taking moments can have the most impact in our lives,” and trusts readers “will enjoy finding their own connections between pieces and resonances which speak to them.”

For Barb, the short story has allowed her to take the natural next step from columnist to develop her skill as a fiction writer. “When I read Rabindranath Tagore’s collection short stories Golpo Guccho, I was blown away by the variety of genres within the collection – romance, horror, thriller, comedy and the apparent ease with which he created each scenario. I think similar to poetry, every word and every sentence has a meaning or a purpose and a place when it comes to short fiction. There is nowhere to hide.” She says she sees the collection as a stepping stone and can now contemplate working on a novel.

Menon, who is currently completing her first novel, makes a good point about how the forms differ, and the degree of control a writer has over each. Short stories it appears are more demanding.

“Novels unwind themselves; they unspool and unravel and knit themselves back up in ways you weren’t expecting. You can’t let that happen with a short story; you have to be in control of it as a writer from the very first word to the last.” ~ CG Menon

Sharma admits the thought of writing a novel terrifies her. “I love to read novels, but I love to write short stories.” For horror fiction, she says that the shorter form makes it easier to sustain a sense of uneasiness. “I’ve got a few terrible short novels under my belt and I’m a slow writer.”

Sales of these collections appears promising, suggesting an appetite for growth. Barb is currently looking for a UK publisher for her collection, Sharma’s collection of dark tales currently has more than two hundreds reader reviews on Goodreads. Meanwhile, Menon’s Subjunctive Moods, which has only been out a week, has already received glorious praise in published reviews and elsewhere. It seems that this might just be a golden moment for the short story.

Nadia Kabir Barb is a British Bangladeshi writer and journalist. Her debut collection of short stories ‘Truth or Dare’ (Bengal Lights Books), was launched at the Dhaka Literary Festival (2017) and her stories have been published in international literary journals and anthologies e.g. Wasafiri, The Missing Slate, Open Road Review, Six Seasons Review, Bengal Lights. ‘Can You See Me’ was a winner of the Audio Arcadia short story competition. She graduated from The School of Oriental and African Studies (SOAS) and received an MSc from The London School of Economics and The London School of Hygiene and Tropical Medicine. She has worked in the health and development sector in both the UK and Bangladesh and writes for a leading newspaper in Bangladesh. She is currently working on her next book.

CG Menon has won the Bare Fiction Prize, the Leicester Writes Prize, The Short Story Award, the Asian Writer Prize, The TBL Short Story Award and the Winchester Writers Festival award. She’s been shortlisted for the Fish short story prize, the Short Fiction Journal awards, as well as the Willesden Herald, Rubery and WriteIdea prizes and the Fiction Desk Newcomer award. Her work has been published in a number of anthologies and broadcast on radio. She is currently studying for a creative writing MA at City University and working on her first novel.

Priya Sharma’s fiction has appeared in various venues including Albedo One, Interzone, Black Static and on Tor.com. She’s been anthologised in many annual “Best of” anthologies by editors such as Ellen Datlow, Paula Guran, Jonathan Strahan, Steve Haynes and Johnny Mains. Her story “Fabulous Beasts” was a Shirley Jackson Award finalist and won a British Fantasy Award for Short Fiction. All the Fabulous Beast is her first collection, published by Undertow Publications. More information about her can be found at www.priyasharmafiction.wordpress.co