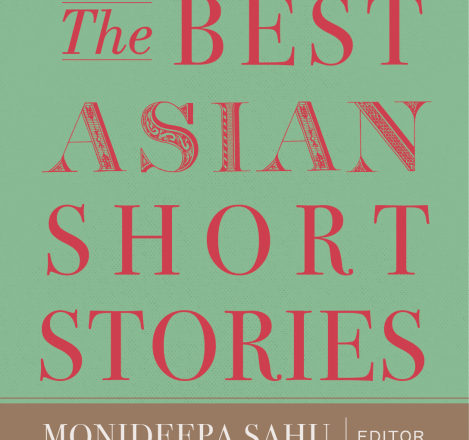 Short stories are meant to be read as just that – a solitary, self-contained story. Something one can pick up without much commitment, a quick rendezvous in the backseat of a cab, a snack between meals. Which is why, when reading the selection of tales featured in The Best Asian Short Stories, it was a pleasant surprise to find that rather than its stories being occasional snacks, they felt more like small bites adding up to a savoury, satisfying meal. Each story has its own adventure, but when read in its entirety they creates a symphony of diverse voices that harmonize on common themes such as identity, migration, family, and race, themes that resonated deeply with my own blended Asian background. familiar to those of us with exposure to Asian influences and contexts. The book features stories that struggle with understanding oneself as an Asian – what this means for certain values, lifestyles, and worldviews as well as the compromises some characters must take to fit it in. What I appreciated most was seeing how the collection spoke to my own experiences but also helped me to see the diversity within this broad category of “Asian.” When issues of relationships, particularly marriage, arose I laughed at the similarities between myself and the Sindhi kids sitting at the Chinese-Indian restaurant trying to not acknowledge the awkwardness of a stealth set up. But when Moyna struggles with her identity being usurped by her pimp husband in Powerless was both frustrated at her plight and reawakened to facets of marriage, feminism, and selfhood that I hadn’t explored in quite some time.

Chatterji’s Chitrangada plays with identity tied to skin colour. In this story, the main character wakes up to find that her mocha-toned skin has transformed into a peaches-n-cream complexion. After the initial panic and awkwardness wear off, she begins to ask some fundamental questions about the relationship between skin tone and privilege.

Is it our colour that affords us opportunities? Does it make our accomplishments more worthwhile because of the struggle that darker skin implies? The questions raised are enough to make anyone uncomfortable: if I had the chance to change my complexion, accepting the privilege, beauty, and ease that it brings to life, would I take it? As an Asian who has often been singled out for my light complexion, this story made me particularly uncomfortable in the way only a skillfully thought-provoking piece can. I found myself asking what I would do if my color was taken from me, and reflecting on the secret panic that ensues when come summer’s end I am reaching for the darker makeup I have stashed away. My color affords me privileges that I am embarrassed to acknowledge, but am afraid to give away. I loved that this story got right to the heart of a very sensitive subject without guiding me through elaborate metaphors and hidden messages. Sometimes a bare bones approach is all you need to break down walls.

Marriage, power, and the female voice feature again and again in these stories. Like lemon sprinkled throughout a dish, the sharp taste of casual misogyny is both familiar and surprising in its audacity. Ghuznavi’s Big Mother, Darwish’s Samar, and Saber’s Powerless each slice into a slightly different segment of the conversation surrounding women in Asian cultures, and yet each one leaves the reader with a distinct aftertaste: anger and frustration mingling with resignation and a grudging appreciation for the story being told. Though the messages are sometimes difficult to swallow, we are reminded of the power of storytelling and the importance of bringing all voices to the table.

An important theme among this collection centers around nationalism and land-based identity. This is hardly surprising given the continent’s recent history and turbulence, relative to other parts of the world. Asian countries have seen borders broken and erected, lands erased from the map by politics or by modern thinking, families uprooted and displaced, and a new generation that is left to grapple with the aftermath of it all. This is poignantly illustrated in the story Independence Day when Padma walks over to a map of India to explain the difference between Punjab and her hometown of Sindh only to find that Sindh no longer exists on the map. The pause I took before continuing to read was profound. It is a feeling that I haven’t experienced outside of the stories of my parents and grandparents and yet reading it from this perspective haunted me.

Kamal’s Jelly Beans, Kothari’s The Space Between Stars, and Melwani’s Water on a Hot Plate feature perspectives of both the old and the new generation, providing a flavourful dynamic of tension, transnational identities, self-reflection, and more importantly, self-realizations about what it really means to transcend the borders on the ground and the ones in our minds. Less whimsical but equally powerful are stories such as Independence Day, Chit Mahal, and 1997 which capture the ugly byproducts of nationalism and border wars. These stories brought an invaluable human voice to the maps I studied in history class. What makes these stories more chilling is realizing that they are not just tales of the past, but they are our present. Samar captures the fear, anxiety, heartbreak, and inhumanity of being a refugee and sneaking across borders. It sounded so much like my parents recounts, but it was a stomach-churning realization that this isn’t the story of a generation ago, but rather the story of now. This collection isn’t just a reflection of my roots or my values and culture, but a commentary on where I stand today, both as an Asian and as a human. Like many an Asian meal, this collection of stories achieves an enticing blend of the sweet, salty, sour, bitter, and umami. Stories about love, family, ageing and change are peppered throughout the collection, nestled within the nooks and crannies of its larger themes. And while every story may not resonate with a reader’s individual taste and preferences, together they provide a flavourful taste of lived experiences from diverse Asian cultures – something that every palate can appreciate.

Zahra Somani hails from the city of gusty winds, deep dish pizza, and Michael Jordan. She received Masters in Teaching and Masters in Islamic Civilizations from the University College London and has since spent her time putting on dog and pony shows and spectacular juggling acts – also known as teaching middle and high school students. When she’s not swallowing swords, she travels the world in search of lost artifacts and baby elephants. People who spend time with her often say she smells like vanilla frosting, but this is usually so they can get their hands on the test treats she makes for her at-home moonlighting gig: head (and only) baker at Wee Little Bakery, the house for cakes that could.