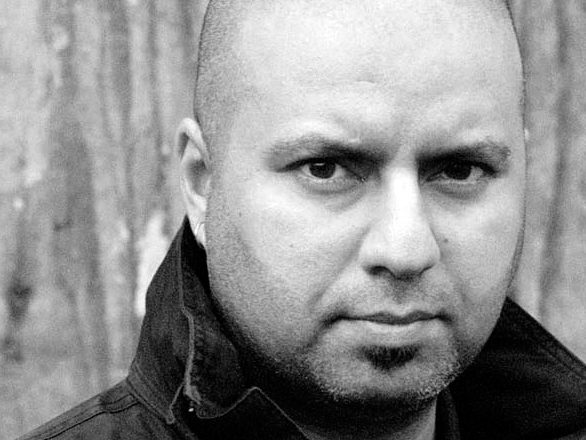 I’ve wanted to write a novel since I was 16. Even though teachers and lecturers knew I could write well, none ever suggested writing as a possible career. Perhaps being Asian, from a single parent, working class background, they thought the possibility of me being a writer was a bit far fetched? There weren’t any people like me writing the kind of books I liked to read – hell, there weren’t even any characters like me or my friends in the books I was reading. I still dreamed.

In Southall during my teens, I heard stories of all sorts of goings on in the Asian community. I was reading a lot of crime novels then – and it struck me that Southall would be a great setting for a crime thriller, with characters like my friends and the people I was hearing about. I wanted to read a book like that and with characters I recognised in it. But, there weren’t any books like that. The idea stuck.

Twenty years later, still wanting to write a novel, I took a writing course. That then led me to Birkbeck, where I did a two year Certificate, and then an MA, in Creative Writing. In the second year of the Certificate course, I wrote the first chapter of a crime novel set in Southall. I entered it for the CWA Debut Dagger Award, expecting to receive my first rejection slip. I ended up winning the award.

I signed with a well-known literary agent even though I only had a few completed chapters and had to finish writing the book. It was five years before I felt it was good enough to send to my agent and, though there was much they liked, it still needed work. It took another two years to rewrite it. Then, with some minor tweaks, it went out on submission to around thirty publishers. Every single one rejected it.

They all agreed it was well written, exciting, with engaging characters, great action, sharp dialogue and a fresh setting – it just wasn’t quite for them. It wasn’t “right for our list” or they “wouldn’t have the right mission plan for it.” The most telling comment was, “I could never quite visualize it breaking out to a broad audience.” Surely a well written, exciting book would appeal to a broad audience. But then, it depends what exactly you mean by “broad”?

Good comments aside, the one thing no one mentioned was that all the characters were Asian, it was set in an Asian community and was full of Asian references. Reading between the lines, the book was just too Asian and the publishers couldn’t see it appealing to a predominantly white audience. I don’t know that for a fact and I could be wrong, but that’s my gut feeling.

To say I was disheartened is an understatement. Eight years of hard work had come to nothing. I’d written the book, first and foremost, as a crime novel. The fact it featured British Asians didn’t detract from that at all – if anything, maybe it added something. I still believed in the book. My agent, who knows her stuff, also believed in it, as did the highly experienced editor who worked on it with me. I thought readers would like it, so decided to self-publish. How I went about it is another story – but I got the book out to readers and the reaction to it was really good. Not just from Asian readers: a lot of the positive reviews I received were from non-Asians. So I guess it did appeal to that broad audience after all.

I hustled hard, promoting the book, going to events, and networking. At one such event, I met Sharmaine Lovegrove, who was setting up Dialogue Books, a new imprint at Little, Brown. I told her about the book and she asked me to send it to her. I did. She read it over a weekend and called me in for a meeting. She said she loved it and that it would fit perfectly with the list she was putting together. I informed my agent and, soon after, signed a two-book deal.

It’s taken more than ten years but the book now has a new title, Brothers in Blood, a new cover and a publisher who believes in it. There have been highs and lows along the way but I never gave up, I always believed in what I was doing and, most importantly, I wrote the book I wanted to write.

Amer Anwar grew up in West London. After leaving college he had a variety of jobs, including; warehouse assistant, comic book lettering artist, a driver for emergency doctors and chalet rep in the French Alps. He eventually landed a job as a creative artworker/graphic designer and spent a decade and a half producing artwork, mainly for the home entertainment industry. He holds an MA in Creative Writing from Birkbeck, University of London and is a winner of the Crime Writers’ Association Debut Dagger Award. Brothers in Blood is his debut novel and the first in the Zaq and Jags series.

Brothers in Blood, published by Dialogue Books is out today (September 6, 2018)