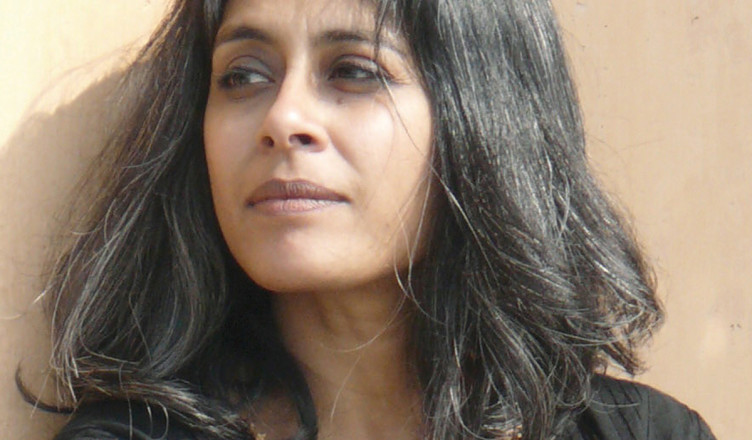 Since publishing her first novel, An Atlas of Impossible Longing, Anuradha Roy has developed into one of the most exciting new voices of South Asian literature. Published to critical acclaim, her first novel was published in thirteen different languages. Her second novel, The Folded Earth won the Economist Crossword Book Award 2011 and achieved similar success to her debut. Her latest novel, Sleeping on Jupiter was longlisted for the 2015 Man Booker Prize and was crowned the winner of the 2015 DSC Prize for South Asian Literature. As well as being an author, Roy runs an academic publishing company in India with her husband called Permanent Black, which they started together in 2000.

Q. Before I ask you questions about Sleeping on Jupiter, I’d like to ask you a few questions about you. When did you begin writing, and what kind of things did you write?

I wrote badly-spelled stories and poems in a red notebook my mother gave me when I was about five. There were more notebooks throughout my childhood. The first story I ever published and got paid for was at fourteen, in the Indian Express, a newspaper. By this time I had graduated to my father’s typewriter, a big black thing that made satisfying clacking sounds when you were at work. I still have it.

Q. Did you always know that you would have such a diverse range of writing?

I’m not sure what you mean by diverse: do you mean the three novels are very different from each other? When a book is finished, I feel as if I’ve left that world behind and need to find myself another. It would be boring to keep doing the same kind of thing again and again.

Q. Who or what would say influenced your writing most?

What I read. I can’t think of any one book or author but I read constantly: my brother and I fought over books because we were reading all the time and never had enough. We used to read indiscriminately, from comics to classics to thrillers.

Q. Is there a particular method you use when composing new literature?

I try and get a very quick draft done while the idea still feels new and exciting. And then I work on that for a long time, draft after draft. Sometimes the final has very little resemblance to the first draft.

Q. What does it mean to you to have won the DSC Prize for South Asian Literature? (also congratulations!)

Thank you. It feels fantastic of course. It’s a huge honour. In practical terms it means that the book finds its way around the world more efficiently — more people get to know of it, there are more translations and so on.

Q. Was there a certain agenda that you wanted to address in your writing of Sleeping on Jupiter?

No, I never start out with an agenda. It was only after I finished the book that I realised how a lifetime of feeling that women lived in atmosphere of violence in India had shaped the central character, as well as the others.

Q. The novel deals with ‘uncomfortable’ issues, was it your intention to provoke a reaction like this?

The critical response to the book has been wonderful and at readings, many people express a great sense of empathy towards the characters. Some readers have been unsettled by the uncertainties and edges in the novel and they keep asking me what happened to A, B or C. I find it interesting how differently people read the same book. You can’t anticipate at all how a book will be received when you are writing it, of course not.

Q. The setting of the novel is a temple town called Jarmuli. What made you decide to set the novel in this town?

Religion is one of the central preoccupations of this novel. This fictional temple town was where the novel happened in my head.

Q. How did you come up with the name Sleeping on Jupiter?

One of the central themes of the book is the constant human search for another version of existence. Each character in the book, in different ways, is in search of freedom — from fear or from family or from pain and rejection. One of them dreams of finding himself on Jupiter, sleeping under its sixteen moons. That is where the title came from.

Anuradha Roy was born in Calcutta, India in 1967. She has won the Economist Crossword Prize for Fiction for her novel The Folded Earth, which was also nominated for several other prizes, including the Man Asian Literary Prize, the D.S.C. and the Hindu Literary Award. Her first novel, An Atlas of Impossible Longing (2008), has been widely translated and was named by World Literature Day as one of the sixty essential books on modern India. She has worked as a publisher and journalist and is now editor at Permanent Black, an independent press in New Delhi. Sleeping on Jupiter was longlisted for the 2015 Man Booker Prize for Fiction and the winner of the DSC Prize for South Asian Literature 2016.

James Wilkinson is currently a student at the University of Leicester, studying his fourth and final year of English and American Studies. Last year, he studied in the United States near Chicago in Illinois. His interests in literature include: LGBTQ+ writing, gender studies, postcolonial writing, and 20th century American Literature. His favourite book is To Kill a Mockingbird by Harper Lee. After completing his studies, he hopes to either join the publishing industry, or pursue a career in the archiving/librarian field.