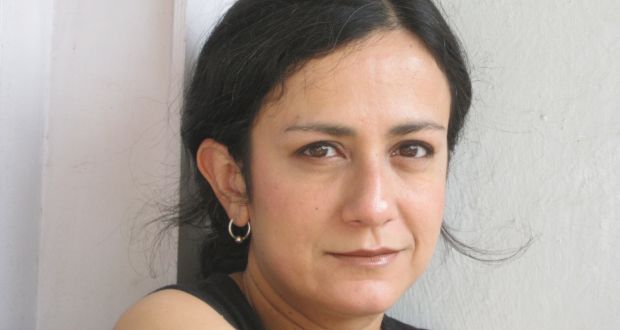 Q. The Private Life of Mrs Sharma is the second novel that you’ve written. Much has been said and written about writing that difficult ‘second novel’. What mindset were you in when you started?

I think the difficulty with the second novel that you refer to applies to those (fortunate?) folks whose first books met with great success and who feel a tremendous amount of pressure in recreating that success with their subsequent works. My first novel, Overwinter, enjoyed critical acclaim but it was no great commercial success, and so I did not suffer that kind of pressure. That said, when I began my second book I was beset by other kinds of difficulties, difficulties that largely had to do with what I felt were great literary risks that I was about to take.

Q. You’ve taken a huge leap of faith in creating a character who is most un-likeable. In Mrs Sharma I found someone who really rattled me, she’s manipulative and really gets under your skin. What were your fears about writing a character that isn’t someone you’d invite for tea?

A writer doesn’t have to create characters who will necessarily win a popularity contest. In fact I believe one of the writer’s moral responsibilities is to strive to bridge distances, to help readers to connect with people they might not otherwise be able to connect with. It’s not difficult to get a reader to care for someone who is likeable or intrinsically sympathetic. The challenge comes with characters who have sharp corners but are still human.

Q. You’ve got this seemingly ordinary middle class woman in Mrs Sharma who from a reader’s point of view, you really want to like, but you know, she’s lying to you, and she carries on lying to you (and probably herself). She’s basically in denial. What have your experiences been of people like her, who live in a peaceful ignorance of how their world really is and who they really are?

It would be difficult to claim in all honesty that we are all not somewhat self-deluded, to a lesser or greater degree, wouldn’t it? I think we have all met people who are self-deluded. Deluding oneself is a way of coping. If we faced the world in all its reality then it would be difficult to get out of bed in the morning. Even for those who hold tremendous wealth or wield a lot of power, if they were to remind themselves every day that in a limited time they will be dead, life would be difficult. Self-delusion, I think, is a keystone of the human experience.

Q. Having said that, there are parts of Mrs Sharma’s personality: her frankness, her simplicity, her lack of self-reflection that we can all relate to and which add lightness to the book. How did you strike the balance between this and the darker under-currents of the book?

It is not really a question of balance; it is about the apprehension of a person in full, about the inextricable interconnected-ness of the different aspects of a person’s personality. The one aspect defines or shades the other, the other is likewise thrown into relief by the one.

Q. Human desire for control is a fascinating thing. What research did you do on the mindset of people who have a desire to control everything about their life?

I don’t think a novelist needs to go too far to find people who are looking to exert control over their lives. Each one of us has some sort of deep-rooted impulse for control. It is only highly evolved people who, Buddha-like, accept the world for what it is and our transitory existences for what they are.

Q. Do you think the relationship between Modernity and Tradition can be so destructive, especially when they clash?

I think this has been a theme of Hindi cinema for several decades. Today the encounter is more nuanced and being staged in different terms. Tradition is bleeding into something that would be better described as conservativeness. The goals that are considered conventional today were impossible to imagine two decades ago, and the possibilities of an unconventional life are also vastly expanded. I guess what I am saying is that the old binary of modernity versus tradition has now received several upgrades. And it is necessary for us to pay close attention to what has changed and what has remained the same.

Q.  You’ve returned to themes of family secrets and betrayal that were present in your first novel, Overwinter and explore further how destructive / or seemingly in control things can be in someone’s head. What is it about these themes that interests you as a writer?

Family is certainly central to both my novels – family and love and sex, and the manner in which the modern Indian zeitgeist shapes these aspects of our lives. I guess I am essentially interested in family and the threats to the order, the stability, the protocols that are the foundation upon which the notion of family is so carefully built. And as for the destructiveness of particular ways of thinking, isn’t that on display all around us? From the tiniest things that might only affect a household to large things that affect huge populations, we see how ideas, thoughts, concepts control people and cause destruction.

Q. I read some reviews which speak of Mrs Sharma’s teenage son as ‘difficult’ and I was like, that’s how it starts. She’s (Mrs Sharma) totally manipulated them. What’s surprised you most about people’s reaction to the book?

In a first person narrative, the reader is (hopefully) drawn into the world of the main character, and the reader sometimes uncritically adopts the main character’s point of view. So I don’t find it surprising that one reviewer calls the son “difficult.” He is, in fact, difficult for Mrs Sharma, although another reviewer may say she is being unreasonable in labelling him as such.

Q. Bringing it back to the craft of writing, what do you think writers can learn about working with difficult characters, or taking their work in a direction that can be surprising to readers?

As I said before a character in a novel doesn’t have to win a popularity contest. The writer needs to attend to the impulses within her that draw her towards particular types, the impulses that fructify in the creation of a particular character. Eventually it is a form of self-knowledge that drives the process, an exercise in honesty, if you will. So, to answer your question more directly, a writer reading my work need not learn anything at all, or they can learn that a character needs to be internally consistent, and that is all a character needs to be.

Q. Finally, what did you learn about yourself from working on this novel? What will you take-away for the next one?

I guess one thing I learned is that you have to back yourself as a writer and take the risks you feel you need to take.

Ratika Kapur‘s first novel, Overwinter, was longlisted for the Man Asian Literary Prize. Elle magazine’s Indian edition included her in a Granta-inspired list of twenty writers under forty to look out for from South Asia. She lives in New Delhi with her husband and son. – See more at: http://www.bloomsbury.com/author/ratika-kapur/#sthash.KnKUghhR.dpuf