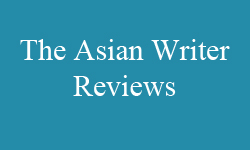 by Kavita A. Jindal

Glass Scissors is a debut poetry book with a purpose, and although the purpose is ‘reflection’, in both senses of the word, the poems it offers are political, confessional, tense and temperamental.

Bobby Nayyar as a poet is strikingly frank about himself, his pain and his desires. This acutely personal and bold collection will resonate with almost every person who has tried to pin down and trace the meaning of their life in sixty odd pages. The truth rings out from each page. Acknowledging your own life-graph is not something everyone can do; even some extremely accomplished and lionized writers struggle to narrate their own life with honesty. Others, who seek to secure their privacy, won’t. In Glass Scissors Nayyar is in his element as a memoirist, chronicling two episodes of depression among other things:

‘My mind broken two times / My heart three / And counting.’

In keeping with the forthright tone of the book he is open about depressive episodes suffered by his mother and the triggers for them. These memories that have returned to him only recently form the elegiac ten-page sequence of the final poem ‘Glass Scissors’. Through this he gives us context to his boyhood and the later destruction of his own soul. This poem is magnificently vivid in parts:

‘They came to stay / For an indefinite period of time / Their smell of otherness / Clinging to the wallpaper. / Baked dust and spices / Old clothes dried in the sun. / Pungent and allusive / Of the world your parents came from.’

Yet it is also the most opaque poem in the book and this may be to protect family. It is brave to attempt to tell the truth, or the truth from your childhood perspective, about family drama and intimate domestic events. Nayyar decides to confront this hydra, and then hesitates and pulls back. But the poem retains the feeling of what’s unsaid and the shock of the incident he witnesses remains.

He is a dab hand at love poems, which is never an easy thing to do. From the scattered love poems in this collection we get a strong sense of a particular blue-eyed person, her customs and manners. In ‘She Is’ he says: ‘She is the hardness in how she speaks / Which is harder than life itself.’  In ‘Another Man’ his relationship to her becomes clear:

And later: ‘Your feet in ballet flats. / You had never looked so small / And imposing.’

Towards the end of this poem he wants: ‘To show you that I am more / Than another man / An also ran / An hour and a half / A pot of tea.’

Nayyar is not shy about airing his views on the last election (he was disappointed with the outcome), or on capitalism, (‘The best rioting I did / Was around a boardroom table’), or what it’s like living in London if you’re short of cash, or what he says is the most difficult thing to talk about: ingrained racism. In two poems he makes reference to the ‘cautious’ looks he receives, based on his colour.

Some poems in the collection could have done with more spit, polish and edit. Overall, though, what makes the book worth reading is the thrum of his exposed heart on the page – the kind of collection where the reader must acknowledge the fellow human who wrote it, and eerily recognise frailty and endeavour.

‘The pendulum that swings / Inside me broke free.’

Although these words appear towards the end they describe what is happening in almost every poem; this sharp lovely phrase expresses the jolt that sets in motion this book.

He sees himself, the past and present Bobby, reflected in the metaphorical scissors of glass.

‘The history of our lives / Is the hurt you feel / In the loneliness / Of bathroom breaks.’

Glass Scissors by Bobby Nayyar is published by Limehouse Books.

Kavita A. Jindal is a prize-winning short story writer and the author of the critically acclaimed poetry collection, ‘Raincheck Renewed’.
www.kavitajindal.com  @writerkavita