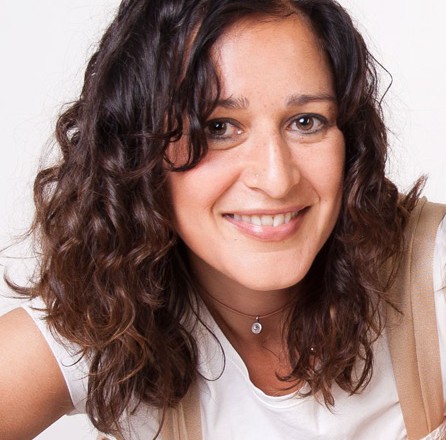 I have a confession to make. I’ve been reading almost nothing but psychological thrillers for four years. Bring me a herbal tea to still my shaking hands and an Austen to reacquaint me with literary tea-room drama. I love thrillers, don’t get me wrong, but the reason for gorging myself is because I wanted to write one. The result, Bone by Bone, is out this month. In all that time, I rarely came across a central character who wasn’t caucasian. The Quality of Silence by Rosamund Lupton is the solitary exception: Yasmin, a beautiful astrophysicist, is mixed race and struggles with the way her beauty is perceived by men who think she’s exotic, fragile, under-educated and unintelligent. Sound familiar?

I should make another confession at this point. I’m mixed race. I’m half-Bangladeshi and half-Northern Irish. I mainly grew up in England, Ireland and Wales. I was raised in a Protestant-Catholic household. We all have a unique perspective on racial and religious identity but, increasingly in Britain today, we are a multi-cultural nation that now includes second and third generation mixtures. My daughter, for instance, is Irish, Bangladeshi and Scottish; one of her class mates is Nigerian, Welsh and English; two of her friends are second-generation Somali…I could go on. We live in Bristol, in a middle-class neighbourhood. To me, this seems normal. Yet I don’t see this kind of diversity reflected in the literature I read.

Crime fiction is certainly more encompassing of different racial mixes: take Luther in the eponymous TV drama; the British-Jamaican detective, Noah Jake, in Sarah Hilary’s Marnie Rome series; DS Ian Peterson, black, Oxford-educated, in Leigh Russell’s novels and MJ McGrath’s Inuit female lead, Edie Kiglatuk. However, crime fiction tends to be grittier, less overtly middle-class and willing to relocate to places from the Artic to the Shetland Isles. My book, set in Bristol and not London, is a departure for this genre!

In all my novels, I include ethnically-diverse characters. I describe people in terms of their skin colour (my father once told me that he, a white Irish Catholic, was thrown when he first lived in Nigeria and found that people described  others by the shade of their skin when he, like many Europeans, was used to simply saying ‘black’).

So that was Levi. She could hardly believe it. The most obvious thing about him was that he was beautiful. Stunningly good- looking. He was tall, at least as tall as Laura. And then there was the fact that he was black. Not dark or blue-black though, but a warm, golden-brown.

I don’t write about race: to me it’s simply a part of life and not the main event of the stories I personally want to tell. Bone by Bone is about a woman called Laura who discovers that her daughter, Autumn, is being bullied. Devastated, she confronts the bully, which has tragic consequences for her family. The bully, Levi, is mixed race. Laura, like others around her, makes assumptions about him based on his skin colour. Laura should know better: although she was born in London, she spent much of her childhood in Africa where she – pale and strawberry-blonde – stood out.

When her mum was little, she’d travelled backwards and forwards between Namibia and London so Granny and Grandad could carry on studying in Africa. Each time she started again at school, the girls would tease her.

‘You’re so brown,’ they’d say when I was in London. ‘You look dirty!’ And, ‘You’re so white!’ when I arrived at my Namibian school. It’s just because you’re new, Autumn. They think you’re different. It’ll settle down soon, I promise.

It will settle down soon, I promise. In the meantime, let me raise my espresso and make a toast to diversity in fiction in the future.

Sanjida Kay lives in Bristol with her husband and her daughter. Bone by Bone is her first psychological thriller.