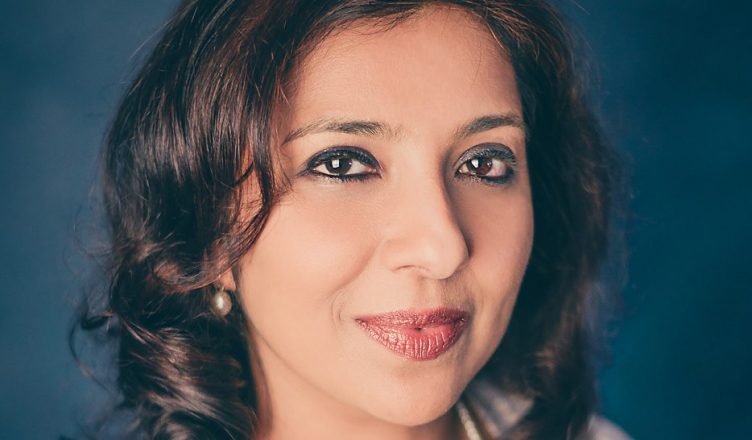 When did you know you had a story in you that you wanted to share?

Many years ago, when my baby boy became ill, and the word SCID entered my life, I thought, one day, I would write about it to increase awareness about this rare and fatal condition. I was however conscious that I needed to write it with a lot of care and integrity. It couldn’t be a hasty Facebook post or similar!  Over the years, so much happened, which I won’t tell you here because it will give away the story but I remember, when my son was born in London, one friend said, ‘This story has all the trappings of a bestseller! You should write it.’

Even then, I hadn’t planned on writing a memoir because I’m a fiction writer and there are so many imaginary characters who want to be written about. It was only years later, as part of my course work for my Masters in Creative Writing, I wrote a short piece of life writing. I intended to send it to a journal, so was struggling to keep it within a word limit. But when we workshopped it, my tutor and classmates were insistent about me writing a full length memoir. ‘But why would anyone want to read a book about me?’ I remember asking. It was my friend, Alan Devey, another author, who replied, ‘Mona, let us be the judge of what we want to read.’ That was the point when I felt convinced that I had a story to share, and a book to write.

How did you pitch it to your publisher?

I sent the first fifty pages, but not a synopsis.  I explained what the memoir was not –  not a misery memoir, not a medical memoir, not a women’s story, not an Asian woman’s rant about living in a foreign country! By defining it in terms of what it isn’t, I hoped it would be understood for what it is. Lynn from Linen Press, read the extract within a few days and asked for the entire manuscript which she read within the next few days!

There is a bit of a story here as well. While I had received positive feedback about my memoir, I had also been told that an agent would struggle to sell it to a large publisher. Unless one was famous, or was dead, large publishers are not interested.  It didn’t help that I was a fiction writer and a poet, not a non-fiction writer or a journalist. My options were to try a small press or the mind, body, spiritual publishers. So A Roll of the Dice sat there while I was working on other projects and sometimes I thought, ‘I must do something with this memoir!’ I was editing our second anthology, May We Borrow Your Country, by The Whole Kahani) which had been accepted by Linen Press. One fine day, it suddenly struck me that Linen Press might be interested since they had published a few memoirs.

You chose to publish with a small press? What has the experience been like?

A lot of good things! First, small presses tend to decide fast, and that is heartening. There I was not expecting to get published, and a few months later, I have my book in my hands. Second, a small press only accepts projects they really love, and that decision is not driven by commercial reasons. Lynn empathised with the book, and because the memoir is very personal and intimate, I needed to know that she loved it, and didn’t want to change anything structurally. Nor to make it more sensational and dramatic. Lynn assured me she would only edit to increase clarity and sharpness, and I would have a choice of the title and the cover. Third, a small press gives you their full attention. Lynn and I worked very hard and very collaboratively.

The flip side comes after publication. I can see that small presses have an uphill journey, to find visibility and to make sure their authors are read. Bookshops won’t readily stock books and they ask for massive discounts of 50% – 55%. Some shops seem to put self-published and independently published books in the same category which is so unfair. I can understand this situation because I work in the corporate sector myself,  so I appreciate that publishing is as commercial as any other business, however gatekeepers need to change and be more willing to look beyond the Big Five. They need develop workable business bonds with small presses. The audience is ready to embrace work from small presses, but how do they even see the work, when the channels are not ready?

Life writing seems to be enjoying a moment. Why do you think this is?

Yes, and that’s interesting. I think it was with Eat, Pray, Love, one of the biggest selling memoirs of all times, that life writing came into its own. Then came others. It may be to do with the exponential rise of social media, peoples’ lives becoming connected, and lower entry bars. We are interested in the story of the person next door not just that of celebrities . However, the memoir space is still dominated by the well-known – retired politicians, sports people, chefs, celebrities!

Your memoir is filled with medical knowledge. How did you get the balance right between the jargon and the emotional hook of the story?

I am so glad you think the balance is right!  I was very conscious of that from the start, that the book didn’t feel weighed down my medical terms.  Yet, I wanted to accurately explain the medical conditions. They are very relevant to the narrative and I’d read extensively about all of them, and spoken to doctors and other parents in similar situations. The health issues I’ve written about are fairly rare, especially SCID, so I very much wanted to raise awareness.. Genetics is fascinating and complex and I wanted my readers to find it as compelling as I did.

I was up against different medical problems at different stages of my life so I structured the book in terms of how each condition mapped on to one overwhelming emotion and outcome. What does it mean for me? What does it mean for my baby? I worked slowly and closely with Lynn who highlighted anything that wasn’t clear, and I did a lot of rewriting. And I added footnotes for the many acronyms to make things clearer.

What was the writing process like for you? Describe a typical writing day?

I dream of a day when I can have a typical writing day. Now I tend to have writing hours! I work full time in a demanding job, so I set aside some time every day to write, or to do something related to writing like editing or sending out my work. I try to do a more substantial chunk of writing over the weekend. I become ever more boring! I don’t watch TV, or go out much, and am getting quite unpopular with my friends.

I wrote the first draft fairly quickly because the story was all there in my head, the scenes always on play, and I didn’t have to research much. There were some facts I had to verify with my husband or refer back to a medical report. The intense work came with my publisher. Lynn and I worked chapter by chapter. Lynn would work on a section, mark it up and send to me. I worked early in the morning or late at night and usually rewrote it within a day or two, not because she asked me, but I just had to. I was caught up in the book, and I was re-living my own journey, this time with someone at my side. And she was just as relentless, working when she was travelling on trains and planes even, so between us, the chapters flew back and forth a few times, marked up word for word, until we both agreed a final version and stored it in a folder. I don’t think I have ever been so lost in the writing process. Usually I am easily distracted, checking social media! There’s an incident I have mentioned, when deep into the book, I forgot I had put eggs on boil, and they actually exploded!  When it all ended after several months, I really felt lost! I went into a bit of a depression!

What did you learn about yourself through writing?

This is an interesting question! I’ve not thought about what I have learnt about myself! As you know Farhana, as writers we are also observers.  Like other writers, I often I am split into several people, and I’ve never experienced this so strongly as when writing A Roll of the Dice. I was the observer, the writer, and I was also the person I was writing about.

The writing meant that I relived many events and the emotions that accompanied them and it was only when I read what I had written, that I understood had been really strong. It was not something I had consciously set out to do, or wanted to articulate, , I just did what was best under the circumstances. Sometimes when I read parts of the book I have remind myself – this is you, you have gone through this, you are capable of more!

Finally, what advice would you have for anyone considering writing their story?

I would ask ‘Why do you want to write the story?’  Is it to create awareness, is it to share, is it to entertain, or is it a bid to get sympathy and have people tell you what a hard time you had? What makes the story special? Our life stories are of interest to us, but what makes your story of interest to others?  To make it relevant to readers, you need one strong hook and you need to structure the book around it. Make sure you are writing with the purpose of taking that hook, that narrative forward. Avoid wandering into other people’s stories, and their emotions and experiences.

I would also say, be completely honest and be true to your emotions. It’s not about making yourself the hero of the book, it’s about being real. You owe it to the reader. Finally, the usual advice for anyone wanting to write, read a lot!  Read other memoirs similar to the one you want to write.

Mona Dash writes fiction and poetry. Her work includes a novel, Untamed Heart (Tara India Research Press 2016), and two collections of poetry, Dawn– Drops (Writer’s Workshop 2001) and A certain way (Skylark Publications UK 2017). She has a Masters in Creative Writing (with distinction) from the London Metropolitan University. Mona was awarded a Poet of excellence award in the House of Lords in 2016.  Her work has been anthologised and published widely and she has been listed in several competitions. Her short story collection ‘Let us look elsewhere‘ was shortlisted for the SI Leeds Literary Prize 2018. Her memoir, A Roll of the Dice: a story of love, loss and genetics has just been published by Linen Press UK.

Mona leads a double life; apart from being a writer, she is also a Telecoms Engineer with a MBA and works full time in a global technology organisation. Originally from India, she lives in London.