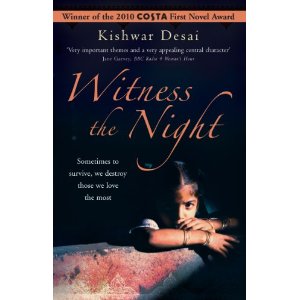 The story takes place in a small town in the heart of India. A young girl, barely alive, is found in a sprawling home where thirteen people lie dead.  The girl has been beaten and abused.  She is held in the local prison, awaiting interrogation for the murders that the local police believe she has committed.  But an unconventional visiting social worker, Simran Singh, is convinced of her innocence and attempts to break through the girl’s mute trance to find out what happened that terrible night.   As she slowly uncovers the truth, Simran realises that she is caught in the middle of a terrifying reality where the unwanted female offspring of families are routinely disposed of.

The book was selected from 94 entries. The judges in this category included Anneka Rice, Anita Rani and Mark Thornton of Mostly Books. They said: “We were thrilled and exhilarated by this stunning debut. Just like her feisty main character, Desai has fearlessly blown the lid on the problems that simmer under the surface of modern- day India.”

Kishwar receives £5,000 and will go on to the next round for a chance to win the ultimate prize – the 2010 Costa Book of the Year. The winner will be announced on 25th January 2011.