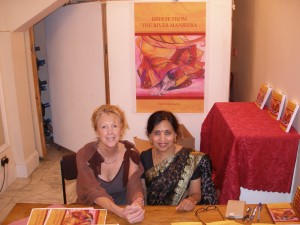 When I first set up Linen Press, I was a newcomer to publishing and, without an established reputation, relied on unsolicited submissions for possible publications. At first, those that came in were disappointing; I had a feeling I was the last port of call for novels that had been to every other publisher first. Now, three years on, the quantity and standard of submissions has increased dramatically, so much so that I can hardly keep up. Occasionally I get submissions from women whose names I actually recognise; sometimes from agents.

Rarely, a submission comes in that I recognise as special. The quality of the writing or the narrative voice inspires me to keep reading and I know that I am in competent hands. Sometimes it is the descriptive writing or the images that stop me in my tracks. Or an energy and urgency in the writing.

Through a strange set of circumstances, I very nearly lost a writer whose submission I immediately wanted to publish. It was early days for Linen Press.  A few chapters came in from an Indian writer, Hema Macherla.  As usual, I glanced at the first couple of pages…but instead of putting them down with a sigh, I continued reading. The writer who created the character of Neela, the young bride who arrives in the UK to an abusive arranged marriage, is a born story-teller.  Hema Macherla’s Breeze From The River Manjeera engaged my attention from the very first page and held it.

At the time, I was running creative writing classes in Edinburgh. Once a week, an eclectic group of women of all ages and from all backgrounds sat round the table to read and comment and gain confidence in their writing. I gave Breeze From The River Manjeera to an Indian writer in the class and asked her opinion. She was a performance artist – an oral story-teller – and I thought she would like Hema’s novel. This was late 2006.

The classes finished for the Christmas holidays. My story-teller had not attended the final couple of sessions. I was anxious to get in touch with Hema Macherla but I could not find her contact details. I must have attached them to her chapters – and they were with someone else. The someone else went missing too; my emails to her bounced. I cursed myself for my carelessness.

About six months later, the story-teller emailed to say that she had moved house and in the process of packing and unpacking, had mislaid Breeze from The River Manjeera. I despaired.

Then, out of the blue in the spring of 2008, the story-teller emailed again, saying she had found the missing chapters and Hema’s address. I was fairly resigned that such a gifted writer would have found another publisher, but I wrote to Hema anyway.

Very shortly after sending me her chapters, Hema’s thoughts about writing had to be set aside because of family problems. In November 2006, she returned to India because her father was seriously ill. Sadly, he died a week later but Hema was there to say farewell. Her mother was too shocked and distressed to remain alone so Hema brought her back to the UK to take care of her. Five months later they both returned to India. Hema now knows that her mother never got over her husband’s death, and soon she too was dead.  In a very short time, Hema had lost both parents. She travelled to India again, to another funeral.

Writing was far from her thoughts. Hema needed time to grieve.

In April 2008, Hema was tidying her room when her mother’s framed photograph fell into a narrow gap between the wall and the book shelf. As she put her fingers into the gap to rescue the photograph, she felt an envelope lying next to it. Inside was my letter. Hema had left it answered, feeling the time was not right. Now she believed that her mother was urging her to get back to her writing. Hema sent me her complete manuscript and I offered her a contract.

Hema Macherla is very much part of Linen Press. Her first novel was published to considerable acclaim and picked up several awards. Her second novel, Blue Eyes, will be published in February 2011. I feel a strong bond with this writer whom I so nearly lost and cherish our collaboration which seems destined to continue. I thank Hema’s mother for giving us her blessing and for re-uniting us.

Blue Eyes is published by The Linen Press.