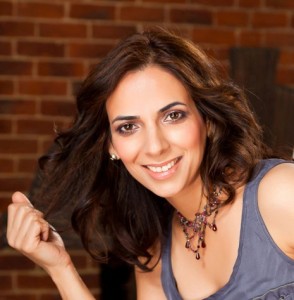 Could you please tell us about yourself and how you got involved  with writing?

I started my journalistic career as a Bollywood journalist  – I was  Entertainments Editor for Eastern Eye in its early days – and I still  spend a lot of time writing features for magazines when I am not  working on my books. I never had any dreams or aspirations to become an author, it was just a case of having an idea that I thought was so good, that I couldn’t drop it.

Where did the inspiration to author the “Bollywood Series” come  from? And why Bollywood?

Bollywood is something that I grew up with – when I was a young  teenager, I never really read books as I didn’t find any particular  novels appealing. Instead, I read masses of Bollywood film magazines.  Today, Bollywood still has a very strong influence over the Asian  community in the UK, including children. I wanted to create a series  of books that young kids in this country could enjoy. Many people write to me, telling me they never enjoyed reading until  they saw my books as they are massive Bollywood fans. That is what I wanted to achieve. The fact that kids who wouldn’t normally pick up a book are now enjoying reading is a huge achievement for me.

What is your personal relationship with Bollywood like and did you draw on any real life/rumoured lives of Bollywood heroes?

I think anyone who has worked closely with the film industry can’t  help being influenced by the real ‘stars’. However, all my characters are fictional – I wouldn’t want to base any one character completely on any real-life person. Instead, there are shades of different people and their personalities in all the characters I create. If this wasn’t the case, my books wouldn’t be believable.

Tell us about the workshops that you host at libraries and schools?  What would an average day/event include and how do the readers react?

The work I do with libraries and schools is the most fulfilling aspect for me. When I first visited a school, I was terrified that the  pupils would just be rude or laugh at me. But they are unbelievably enthusiastic. I usually start my sessions with details about my background as a film journalist. We engage in a writing workshop where they have to write a few creative paragraphs, then we have a Q&A session. I also show the  students some clips from Bollywood movies. The kids are usually  enthralled by the whole thing – I feel like an unofficial ambassador for Bollywood. We end sessions with a Bollywood dance workshop where I teach the students – and teachers – some steps from a popular dance number and  we then perform the whole song together. We usually end up doing it  again and again as they enjoy this aspect the most. And most shockingof all, the boys tend to enjoy the dancing more than the girls, who can be a bit shy.

Your target market appears to be teen to YA adult market, do you hear from older fans? What does the average reader say about the books?

I do hear from older readers – I had a message on Facebook the other day from a 23-year-old saying she hasn’t read a single novel since school but she picked up Starlet Rivalry after seeing it in her library and she loved it! Most readers tend to say they loved the books, found them easy to read and find Bollywood to be really exciting. Also, they usually tell me they can’t wait for the next one.

How did you go about publishing the series?

I spoke to lots of agents and publishers before deciding to publish through my own company, Famous Books. I had a definite idea about what  I wanted my books to look like and going with a mainstream publisher would have meant losing that control.

Mainstream publishers in the UK also didn’t seem to understand Bollywood – for example, they’d ask me to make my lead heroines 12 years old so it would appeal to young teens (like High School Musical). However, if you know anything about Bollywood, you’ll know the films are mostly romantic movies and my female characters couldn’t be younger than 16. I also didn’t want to wait around for two years in the hope that someone would publish my books – using my experience of the publishing  industry, I decided to do it all myself. And I did – within six months.

What are your views on the current state of the publishing industry and Asian authors?

I do think that more Asian names are getting noticed and more Asians are getting the big literary prizes. This is great. However, publishers still seem to have definite ideas about what Asian writers ‘should’ write and they are still scared of trying new ideas with new names. I hope digital publishing can one day change the industry so that it  becomes easier for talented, unknown individuals to break through.

What are your plans for 2011 and beyond?

I already have plans to visit schools and libraries across six different counties in England – from Southampton in the south to Middlesbrough in the north. I am also writing my third book, which is really exciting. I don’t have a publication date yet but I hope to publish at some point in 2011.

Finally what advice would you give to an aspiring writer?

If you are sure you have a good idea and are confident about your writing ability, then never give up. Equally, you must be willing to take constructive criticism and accept that your book or idea can  always be improved. Take as much advice as you can from people you trust and strive to improve. One day, someone will take notice of you.

Puneet Bhandal has worked in the publishing industry for 20 years as a writer and designer. She has extensive knowledge of the entertainment industry, especially Bollywood, having worked as a film journalist. Puneet is now busy penning her third Bollywood Series novel and spends time touring schools and libraries across the UK with her Bollywood Series Books tour.