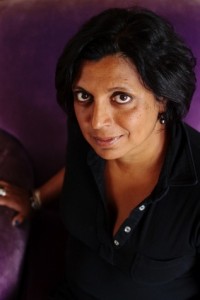 Please tell us a little bit about yourself and how you got into writing?

I am married and have four children. I grew up in London and worked for legal firms in the City until we moved to the Cotswolds about ten years ago. I always wanted to be a writer. My father claimed that I told him I wanted to be a writer when I was three. I don’t know if this can be true, but I was a very early reader.

About six years ago I decided to commit to writing and started to apply for MAs in creative writing. I was lucky enough to be offered a mentorship sponsored by the Royal Literary Fund with Stevie Davies, a Booker listed author. Stevie is the director of the creative writing programme at University of Swansea, and after I was mentored by her for a year, and wrote my first novel, she offered me a chance to do a PhD with her.

Where did the inspiration for Homesick come from?

The inspiration for Homesick was really the individual people whose stories I told. I started with a number of stories that didn’t make it into the collection, and then I wrote The Fluorescent Jacket, which trained me in the art of short story. I realised that I had many more stories I felt compelled to write. The idea of calling it Homesick came much later, when I realised there was a unifying theme running through all of the stories.

I think I was writing from a position of frustration and perhaps anger – about the rise of the far right and the pandering of consecutive governments to the Daily Mail and its equivalents who fulminate about multiculturalism and do not acknowledge the great good that immigration has done. I wanted to rebalance the arguments.

And where is home for you?

Home is where my husband and children are. We could live anywhere, I think, as long as we’re together laughing and eating and hanging out. My children are growing up now, and it’s such a precious time, this giving away of these people to the world – I’m making their home more and more safe and welcoming so that no matter where they land, they want to come back to us, even for a little while. Home is food and animals and long walks and each other

You write about culture and the lives of Sri Lankan immigrants in Britain – what do you hope readers will take away from reading your stories?

I want readers to see the person who runs their cornership as their equal. A rather posh lady said to me ‘I’ve read your book. It was very interesting to read about people like that.’ I said ‘I’m ‘people like that’ actually!’ I want to dismiss the idea of race as a class. I want people to see their neighbours as just that.

Where do you write, and do you have a writing ritual or does your writing come in bursts? How do you fit it all in around family life?

I write in an office I have set up in a light lovely room in our house. I am very lucky – but I earned it! I used to write in the darkest room in the house, beavering away like a hermit, and then I realised that your surroundings can really affect the way you write. No writing rituals – I just turn up, day after day, and work until it’s done. It’s interesting – we can’t write unless we live: having a family has made me experience a lot more, challenge myself more. I love writing around them, but have a hand gesture when I am very busy and someone wanders in to ask a stupid question about dinner or their PE kit – if my head is down, but they see my palm facing them like a policeman, they know to retreat quickly. If they don’t, normally violence will ensue…

And talking of the form itself – its touted as being the year of the short story this year, why do you think that is? Will you always write short stories?

Bloomsbury have made it the year of the short story – they have brought out five (in my opinion, really strong) collections this year, and Jon McGregor, DW Wilson, Lcuy Wood and I are all being reviewed well and having our collections talked about. I hope that on the back of this short stories will be considered as part of the normal reading ritual for most people – as it is in other countries.

I linked my short stories in order to give readers continuity through the book. I took Toni Morrison’s advice and wrote the book I wanted to read. I love to read a lead character from another story mentioned in a future story – or in a story from the past, so that the reader has that knowledge of what happened.

I will always write short stories: they are a discipline, and a joy when they come out well. I am writing a novel at the moment, and tackling the larger scale piece is a completely different exercise. I go back to the short story again and again. I love to read them, I love to write them.

Congratulations for recently being shortlisted for the Sunday Times Short Story Award 2011. What were you doing when you got the news and what was the first thing that went through your mind?

It’s quite a funny story: we live in the country, so my phone has intermittent signal. They tried to phone and couldn’t get through, so texted instead. When I got the text, I was standing in the garden, and I screamed ‘Oh my God, I’ve been shortlisted’ but the ‘listed’ bit didn’t come out properly, and everyone thought I’d shouted ‘I’ve been shot’ and came running. They have pheasant shoots across the valley, so it could have happened…

How do you know (if you do at all) that what you’ve written is prizeworthy?

You don’t know. Writing is subjective. You can make it the best it can possibly be – but eventually, the judge has to understand what you’re trying to say, and if it isn’t what they want to read, well, then it’s not prizeworthy. Prizes are a fantastic way to get noticed and are doing an enormous amount for the short story, but all writers have to eventually shrug and say – well, people didn’t want to hear from me this time.

Which writers have influenced you most?

Finally what are your top tips to producing a winning short story?

Edit and edit and put it away for a while and then edit it more. Pare it down, keep taking things out, don’t write up to the word limit, and really love your work – love it and take care of it like it’s a child.

Roshi Fernando was born in London of Sri Lankan parents. She has a PhD in Creative Writing from theUniversityofSwansea. She won the 2009 Impress Prize for New Writers, was shortlisted for the 2011 Sunday Times EFG Private Bank Award, longlisted for the 2011 Frank O’Connor International Short Story Prize, was given a special commendation by the judges of the Manchester Fiction Prize and was longlisted for the Bridport prize and the Fish prize. Roshi Fernando lives in Gloucestershire with her husband and four children.