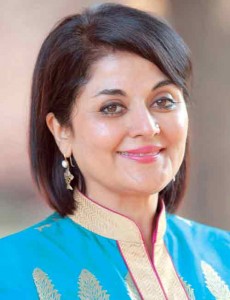 Q. In Origins of Love, Simran Singh returns to investigate the case of baby Amelia. The novel offers a rare insight into medical tourism and India’s booming surrogacy industry and IVF. What inspired you to write this story?

To begin with, surrogacy offers material for a thousand stories and I was surprised that it wasnt done before . So I was very excited about the potential.
But at the same time, I was concerned about the fact that so many surrogate mothers come from extremely poor backgrounds —and the fact that there is no law as yet governing this industry in India. The Assisted Reproductive Technlogy bill has yet to be even presented in parliament. It is frightening to think that there is a billion dollar business in creating children for infertile couples from all over the world—without any regulatory mechanism. Many things can ,and do, go wrong. I wanted to raise awareness —but I also wanted to tell what I hope is a good story.

Q. Of course we know Simran Singh from your first novel. The forty-something social worker, unapologetic and unconventional – this time round I thought she was more subdued and even put on a saree! I didn’t see that coming! Was there some coercion on the part of other people (like your publishers) to tone down her wild ways, or did you want readers to see a more vulnerable side to her?

I think I had a lot of fun exploring the character of Simran Singh and looking at her many dimensions. As Witness the Night ( the first novel in which she appears ) was not planned as a series —I had only brought out those facets of her which were relevant to the book. However, in Origins of Love I was able to look at many more aspects to Simran —and it was great to see her develop and evolve as I gave a further history to her.

Regarding the saree—she wore them even in Witness the Night but in Origins of Love she wears it especially for the great seduction scene—and I suppose thats why I mentioned it, in particular.

I hope no one ever tells me to tone down Simran’s wild ways –as that is her most refreshing aspect. She is willing to take any chance and any risk —and is also passionate about enjoying herself, and exploring her sexuality as a middle aged woman!

Q. When you initially penned Simran what myths were you trying to bust about Indian women?

I was trying to bust all kinds of myths —but not just about Indian women in real life –but also about Indian women in literature. It was important therefore to make her not very good looking, but middle aged—and yet very spunky, very feisty. It was also important to imbue her with independence —and not have any dominant male in her life. She resists getting married (despite being constantly pressurised by her mother) and is happy to be single. She is not looking for a ‘man’ or a relationship—but once she finds someone interesting, she is not bothered about societal norms and will take on a lover without any guilt or fear of reprisals. But most importantly–she is philanthropic and altruisitc —and that is a value I hope all readers will take away from the book. She cares about society, other women and children —and even adopts a young girl. All these are positive values –even though Simran herself is a free spirit –and enjoys herself , her drinking and smoking. It always helps to communicate (yet again) that these things are not a reflection of a woman’s character —she can be noble and strong despite behaving in an unconventional fashion. I wanted to invent a ‘heroic’ woman in the best traditions of literature: Simran has obvious flaws —but is a memorable and heroic figure.

Q. How was the writing of your second novel different to Witness The Night. Tell us more about your writing ritual.

The writing of Origins of Love was very different to that of WTN because the latter was a novel in which the universe was fairly limited. The book had a deliberate claustrophobic feel —because it was set in a small town, where one of the central characters, Durga , is in jail. There is a sense that the characters cannot escape their fate—because much of it is pre-determined by their gender–and the attitude of the people around them. Even though WTN was written from the points of view of three very different women–Simran, Durga and Binny — the plot was extremely tightly woven around the fact that Durga is in jail and Simran wants to rescue her—and then discovers the back story of female foeticide and infanticide.

Origins of Love has a more complex, and perhaps even more epic scale. It is an international story —as the parents who commission these children come from al over the world to India, and there are different agencies involved in it : the doctors, the surrogates, the agents who supply the surrogates, the families of the surrogates, the commissioning parents, their own families–and then of course the other businesses that have evolved out of this. Thus I had to tell the story in a very different style —from different points of view again –but on a larger canvas. The action moves from Gurgaon, to Delhi, to Mumbai, to London. I also chose to tell the story in two different time zones. The present and the past. With all these elements –the story became much more intricate, more global and much more interesting for me to write.

My writing ritual is usually to lock down inside the house for a few months, after I have done all the research. And then I write whenever I can during those days. There are still a lot of interruptions because as a woman I can’t stop worrying about things to do around the house or for the family —but usually if I forgo all other activities ( no theatre, films, meeting people etc) for just those few months–thus far I have managed to write the last three books…

Q.  Last time I interviewed you, you said you were angry when you started writing. Were you just as angry this time around?

I dont think I felt the same amount of anger when I wrote Origins of Love, because I also had to concentrate on the story which has a difficult medical theme, and I had also a very tough timeline —but I was still quite upset when I wrote it!

Q. There is a deeper more complicated moral issue explored throughout the novel. It’s messy and even Simran begins to questions where her moral compass points, as she begins to unravel the case and discover more. What message did you want to leave your readers with, or hoped they would deduce from the story?

I always believe that as a novelist I cannot sit on judgement —as it is always far more interesting when you also explore the dark and difficult side to all issues. Couples who cannot have children are desperate for any solution –and so one also has to sympathise with them. But at the same time —there is the problem of the surrogates, which cannot be ignored. And then there is also the issue of embryonic stem cell surgery which many IVF clinics in India have got involved in. These are all tough issues –but as a society we need to reflect upon them–and I hope my novel has brought them to the fore.

Q. In Origins of Love, you interweave narratives of the past with the future. What excites you about the ever increasingly connected world we live in, which is fast-changing but still has links to the past?

India always has one foot in the past—and 5000 years of history exists side by side . On the roads we have BMWs next to bullock carts. We are planning missions to Mars while our villages lack electricity. And while on the one hand we have women Chief Ministers and women running banks in the country —almost everyday young girls become victims of honour killing and sexual abuse. I am not very excited I have to say about development in India –because it is increasingly marginalising women—especially mothers and girl children. The very young and the older women are being left out of the debate. A lot of this has to do with India’s past —and the inheritance of a rigid patriachal system. The situation today is worse than it has ever been. I just wish my novels are able to reveal to the world what is really happening to women in India .

Q.  As a writer what has your biggest challenge been and how did you overcome it?

My biggest challenge has been to integrate real life isssues into fiction. I am still working on it as a developing genre —and luckily most readers and critics are appreciative of the effort and have enjoyed the complex narratives which emerge. But there are a few critics who simply don’t get it —and that for me is very frustrating. They don’t understand that I have created a character who speaks in a particular style —and has her own points of view. They assume that this style has to be compared to ‘literary fiction’ in which ‘darkening skies loom over frangipani trees’ etc etc. It is not difficult for me to write like that ( as you would find in my first book, Darlingji: The True Love Story of Nargis and Sunil Dutt) but it is entirely unsuitable in a racy novel —which deals with difficult contemporary issues in a popular style! I wish these critics would shed their English Lit degrees and move with the times—to understand popular literature.

Q.  We know Simran Singh returns for a third book. Can you tell us anything about what she investigates next? A little clue perhaps? What can we expect from the next installation?

The third book is set in Goa —and deals with the sexuality of young women—amongst other things! It should be out by June/July next year…but I am still writing it!

Q.  Finally, what’s the best advice you’ve been given that you’d like to pass on to other aspiring writers?

The best advice is —-just sit down and write! Don’t let people intimidate you into not writing. If you believe in what you’re doing —it will all turn out fine in the end.

Kishwar Desai is an author and journalist, whose first novel, Witness the Night, won the 2010 Costa First Novel Award. Working in media for the last 30 years, she started as a journalist in print and then moved onto television in which she worked as an anchor, script writer and producer with most major networks in India. Her last job was as Vice President, zee telefilms. Now a full-time writer with a Saturday column in the Asian Age, her first book, Darlingji: The True Love Story of Nargis and Sunil Dutt, was published in 2007. She is working on a biography of Devika Rani and Himansu Rai.