“So what do you think I should do?” he said, in all seriousness.

I could sense he was uneasy about the whole thing. His last novel was commercial fiction – a coming of age sort of novel. Vampires were neither present nor alluded to.

“No” I said. “I think you should write about what you want.”

Weeks later, I received an email to review a vampire novel by an Asian writer. I felt riddled with guilt ( for about a minute) about whether I gave this anxious second time novelist the wrong advice?

I had to admit that it wasn’t entirely unheard of  – there had been a call out for Asian writers at the last Alt Fiction, a two day festival dedicated to the genre. The then organiser, Adele Wearing got in touch to see if she could reach out to diverse writers by offering a free workshop with a publisher to encourage diverse voices in genre writing. Earlier than that, A BBC journalist made contact having spoken to a Nasrullah Anwar who was struggling to get his sci-fi trilogy published. I interviewed Nasrullah here hoping it might put him in touch with someone in the ether, and then thought nothing of it. But vampires! Really?

Asian writers have been writing science fiction for some time. The Muslim Fantasy and SF writers group on Facebook (yes, really) took me to Sultana’s Dream, a classic short story of Bengali fiction written by Rokeya Sakhaway Hussain in 1905, where women take over the planet aided by technology and men are locked away. But the work remains largely unknown and little read.

When the book in question arrived on my desk a few weeks later, I practically denied it’s existence. And even when I did venture forth I could not bring myself to fully immerse myself. I fear this says more about me then the said novel. I have, since childhood managed to avoid any sort of parallel universe or post apocalyptic one headed beast. I have stayed away from the likes of Star Trek and Star Wars, failed to sit through a single episode of Dr Who. I have not even read a single page of The Hobbit. But I fear I’m alone in this. My call out to showcase Asian Sci Fi & Fantasy writers was met with universal enthusiasm. And although I’m yet to finish a single one of the novels on this list, the very existence of them fills me with equal amounts of excitement and dread.

So here it is…The books and authors you (and I) really should have heard of and read by now: 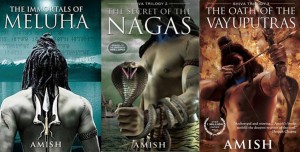 Amish Tripathi is a publishing phenomenon. The Shiva Trilogy have sold over 2 million copies,  and he recently sold the film rights to Bollywood director, Karan Johar. The trilogy draws inspiration from Indian mythology, religious symbolism and philosophy. Amish’s Shiva Trilogy is the fastest selling book series in Indian history. The first book, which was originally self published, Immortals of Meluha was shortlisted for the prestigious Vodafone-Crossword Book Awards 2010.  Forbes Magazine has listed Amish amongst the 100 most influential celebrities in India. You can read our headline interview with Amish Tripathi here.

From the USA, meet:

American Indian author, Manil Suri is a professor of mathematics at the University of Maryland, Baltimore County. He has written three novels, The Death of Vishnu, The Age of Shiva and The City of Devi to critical acclaim. Suri has been  longlisted for the Booker Prize, shortlisted for the PEN/Faulkner Award, LA Times Book Award, PEN/Hemingway Award and the W H Smith Literary Award, and has won the McKittrick Prize and the Barnes & Noble Discover Award. He was named by Time magazine as a ‘Person to Watch’ in 2000. The final part of the trilogy, The City of Devi   follows the story of Sarita and Jaz as they search for their lovers in a post-war Mumbai. 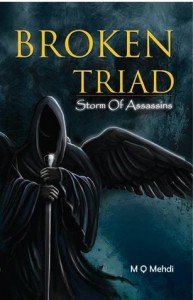 Pakistani author and LUMS undergraduate Mohammed Qasim Mehdi was published earlier in 2013 by Pakistan based, Ferozans. Broken Triad, Storm of Assassins traces the story of ‘Aeli,’ the protagonist’s journey from being saved by ‘Katash’, an assassin and becoming his apprentice strives to get recruited in the Guardian Office in the Peoples Republic, which is tasked with creating an elite force designed to counter lethal enemies and demonic threats faced by the planet. It is the first in a six part saga. Mehdi claims he has never been interested in writing.

from the UK meet: 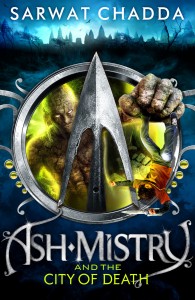 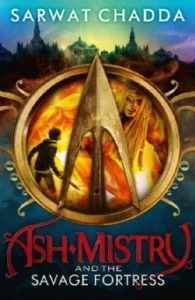 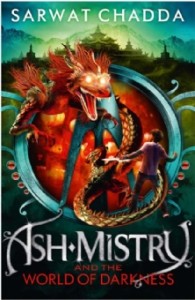 Sarwat Chadda, is author of the Billi San Greal books as well as YA novels Devil’s Kiss and Dark Goddess. The action-packed Ash Mistry chronicles offer a modern take on Indian mythology and are popular reads among school children. He worked as a senior engineer before becoming a full time writer. Sarwat lives in London with his family. 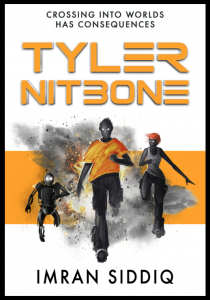 Imran Siddiq is a prolific writer and tweeter from Leicester. His latest offering, Tyler Nitbone is released this Friday (November 29). You can watch the book trailer here. 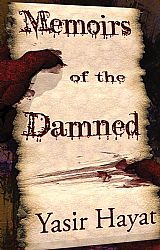 and finally Yasir Hayat, author of that vampire novel, aptly named, Memoirs of the Damned.