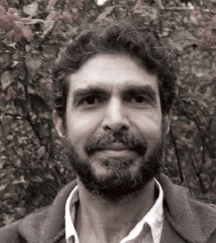 Cyrus Mistry was awarded The DSC Prize for South Asian Literature for his second novel, Chronicle of a Corpse Bearer this weekend (Jan 18, 2014).

Mistry was awarded the $50,000 prize (just over £30,000) at a ceremony held at this year’s ZEE Jaipur Literature Festival. Chronicle of a Corpse Bearer tells the story of doomed love in the little-known community of Parsi corpse-bearers in Bombay. It is the second time the prize has been awarded to an Indian writer.

The DSC Prize for South Asian Literature is awarded to the best work written on the South Asian region and its people and is open to writers regardless of nationality. The last three years have had winners from three different countries in South Asia further reflecting the importance of South Asia’s rapidly expanding book market.

On announcing the winner, Antara Dev Sen, chair of the jury said, “Cyrus Mistry’s Chronicle of a Corpse Bearer is a deeply moving book, exquisitely drawn on a small, almost claustrophobic canvas. It takes a tiny slice of life, the life of the Khandhias or corpse bearers of the Parsi community, and weaves a powerful story about this downtrodden caste we know so little about. A fantastic storyteller, Mistry offers a beautiful novel rich in historical detail and existential angst, gently questioning the way we look at justice, custom, love, life and death.”

Novelist and previous winner of the prize, HM Naqvi took to Twitter, to congratulate the author:

#BreakingNews (or Bombay-Based Novelist Wins One the Biggest Literary Prizes in The World): http://t.co/w7eRfIgVA3 @DSCPrize #GoodOnYa