Bradford based, Shakeel Aziz started writing in 2010. As a youth worker he wanted to explore how he could use fiction to talk about issues facing young people. He hoped to create a framework, a starting point of discussion for teachers and agencies who come into contact with troubled teens. But once he put pen to paper, he found that the words kept on flowing and a novel, rather than a textbook emerged. Aziz wrote with young people in mind, and shared his own experiences of troubled youth, of gang culture, drugs, petty crime, and prison.

Once he’d finished his manuscript Aziz sent it out to around ten agents. ‘I didn’t do my research’ he admits, insisting he isn’t really a writer. He received three replies, all of which admired the concept but didn’t feel the work was commercially viable. Undeterred, Aziz decided to self-publish. The book was well received and a stint on Islam Channel helped sales peak. Aziz has sold around 400 copies to date.

Aziz still writes and is working on another book about grooming, but admits that he hasn’t dedicated the time or energy to really make a go of it. But he has noticed more young Muslims are writing than ever before. He thinks it’ll only be a matter of time before one will break through the mould and secure a publishing deal. ‘If Khaled Hosseini and Mohsin Hamid can get published, there’s no reason why British Asians can’t.’

Dons of Bradistan is available to buy on Amazon 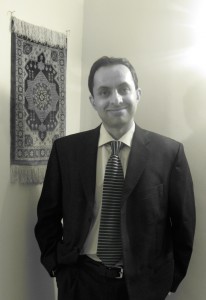 After the success of his first novel, The Reluctant Mullah, author Sagheer Afzal began working on his second novel. It was a short book and one that he enjoyed writing.

But The Goat Slayer proved tricky to sell to publishers and after much thought Afzal decided to shelve the novel and write something else. As an avid crime fiction reader, Afzal turned his hand to writing a crime thriller. ‘I wanted to bring something new to the table,’ he says. His novel charts the journey of Tipu Khan, a Manchester based undercover detective as he investigates the murder of his close friend.

Afzal wrote the first draft full in twenty months, writing full time after being made redundant. He sent the manuscript off to his agent and completed the revision process a few months ago.  He has since received three ‘nice’ rejection letters from various publishers – all who praised the quality of writing but have declined to publish the work for various reasons. The process has been frustrating, but Afzal says he is hopeful that his book will be picked up soon. He intends on writing a series. 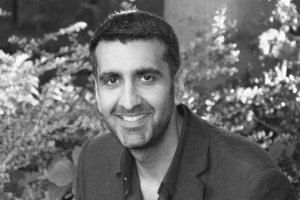 In his guest blog written for The Asian Writer recently, Bradford based pharmacist, A A Dhand describes his painful journey trying to make it as a crime writer.

Dhand has been writing for over a decade but is yet to secure publication. After finishing his first novel, he landed himself an agent. It was a small victory. But the feedback from his then agent wasn’t exactly music to his ears – the novel was proving difficult to sell. Dhand’s big breakthrough came when he won a Crime and Publishment competition for first novels. His prize was a crime-writing weekend where he had the opportunity to hone his craft, and really dig deep.

Last year, Dhand completed a two day workshop with the Faber Academy and signed with literary agent Simon Trewin shortly afterwards. He is committed to becoming a published writer.

Dhand says he’s written a million words since he’s been writing and is now working on his next novel. He’s in it for the long haul. He writes most evenings into the early morning, listening to loud music with headphones on. 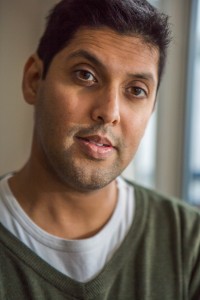 London based accountant, Abir Mukherjee came to our notice when he was announced as the Winner of the Telegraph Harvill Secker Crime competition last year. The prize – a £5k advance and publishing deal with Harvill Secker – is for many a first time writer a dream come true.

Having spent the best part of twenty years in a career in Finance, Mukherjee thought it was time to put pen to paper. He had always wanted to be a writer, but didn’t quite know if he would be any good. Mukherjee says that he began writing in September 2013 as ‘a bit of a mid-life crisis’. He took part in NaNoWriMo that year and by the end had 60k words under his belt. He hasn’t looked back since. The competition was the first time he had showed his work to anyone outside his immediate circle and he was genuinely surprised to have won first prize. He has since been working on developing the craft of writing and working under the support of the competition’s judges to polish his work and get up to speed with all things publishing. He has also started work on his second novel in his series.

Will his win mean that we see a flurry of publishers signing up Asian writers writing crime? We certainly hope so. Mukherjee believes that the British Asian experience, of straddling two cultures offer a unique insight into lots of issues, which appeals to wider audiences.  ‘I personally would love to read more thrillers and crime novels by Asian authors.’

A Rising Man is a historical crime novel set in Calcutta 1919 and is due to be published by Harvill Secker in April next year. 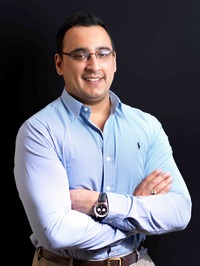 Rajeev Rana left school with no qualifications. For him, seeing the publication of his first novel, Carousel, was a personal victory.

As a successful restaurateur, Birmingham based Rana has always had a secret ambition to write and publish a novel. His debut, Carousel tells the story of a successful Asian businessman caught up in a carousel fraud. It is partly based on Rana’s own experience who was convicted for his part in scam in 2005 and many of his readers assume that the novel is about him. ‘Everyone thinks it’s about me, but it isn’t.’ he says.

The novel took three years to write. Rana recalls it as an intense period of his life, after a long day’s work, he would tap away at the keyboard, writing til three in the morning. Once he had finished, he spent ten months writing to agents and publishers. In total Rana says he sent thirty letters. Most never bothered to reply, the two who did, sent rejection letters

Rana decided to self-publish his novel in 2012 via Authorhouse and hasn’t looked back. As a serial entrepreneur he knows how to sell, and the book has sold thousands of copies via Amazon. And yet Rana doesn’t consider himself a writer, never has. However, he is now working on his next book – a sort of Dan Brown mystery and hopes to secure a traditional publishing deal.

Carousel is available to buy on Amazon