Publishing catalogues for the last half of the year are out, so it’s time to take a look at what Asian books will be coming our way between now and Christmas. Here are my top picks – what I’ll be rushing to read as the year goes on. 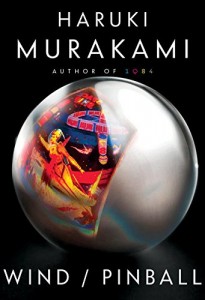 In August, Harvill Secker will be publishing Wind / Pinball, Japanese novelist Haruki Murakami’s first two novels. Written in 1973, they are available for the first time in English and outside of Japan. The first, Wind, sees a young man called Rat as he returns home from college and searching for his future path. Pinball catches up with him three years later in Tokyo, where he finds himself haunted by memories of a past relationship and by an obsession with playing pinball in J’s Bar. Those who have read Murakami’s later books will recognize the early manifestations of his unique style in these two books. 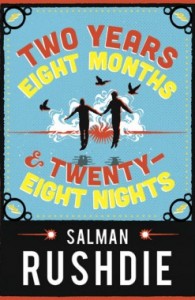 Salman Rushdie’s novel, Two Years, Eight Months and Twenty-Eight Nights is a blend of history, mythology and a timeless love story. The title adds up to 1,001 nights, but this is not a Rushdie-ised rehash of that classic. It is a new version, set in the near future and populated by the children of a jinn, Dunia, and her human husband. The backbone of the book is an epic war, spanning 1,001 nights, in which the half-jinn play key roles. In typical Rushdie fashion, Two Years is a satire that entertains and challenges beliefs. Look for it in September. 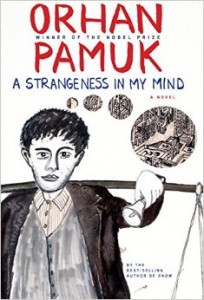 One of my favourite novels is My Name is Red by Turkish Nobel laureate, Orhan Pamuk. So it is exciting to see his latest novel, A Strangeness in My Mind, will be published in September. It is the story of boza (drink) seller, Mevlut, his loves and life in Istanbul. Pamuk uses this story as a vehicle to observe four decades of changes in his beloved city and country, while at the same time looking at identity and belonging, balance between urban and family life and the frustration of women in a conflicted society. Pamuk’s writing is so engrossing that it spoils the reader for any book that comes afterwards. 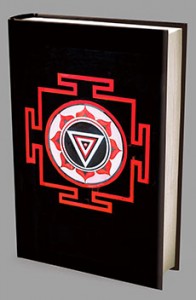 For something completely different, fans of the Bombay tour de force, Shantaram, will be delighted that Gregory David Roberts is back in October with another thriller, The Mountain Shadow. Billed as a sequel to Shantaram, the book joins Lin two years later in a Mumbai that has changed but is still home to Karla and to the mysterious and violent underworld that was the setting for his earlier story. Roberts takes us on another roller coaster ride through Lin’s life, loves and adventures. The Mountain Shadow is as long as Shantaram, and likely to be as exciting.

Readers of non-fiction about Asia are in for an autumn filled with fascinating books: 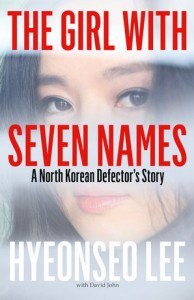 Two books from young women who have escaped North Korea will enlighten us about life in the hermit kingdom. Girl with Seven Names: A North Korean Defector’s Story by Hyeonseo Lee is the first to be published in July. 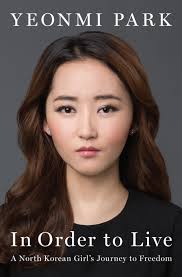 In September, Yeon-mi Park’s In Order to Live: A North Korean Girl’s Journey to Freedom will be published. Yeon-mi’s story is a particularly powerful one. After escaping to China she was trafficked, something immensely shameful for a Korean. She hid this fact until she realised she must admit to it in order make her story credible and her work in human rights activism effective. 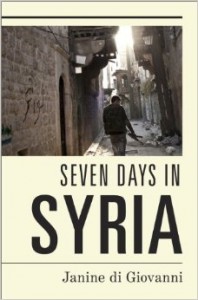 Award winning journalist, Janine de Giovanni’s Seven Days in Syria is a very human piece of war reportage that gives a human face to one of the most brutal conflicts in recent history. Di Giovanni tells the story of the war through the perspective of seven ordinary people including a doctor, nun, musician, and student. It is a timely and necessary portrait of a nation disintegrating and of a devastating human disaster.

These are the books I will be reading over the next few months. Come back to this column each month to hear more about these and other pan-Asian books and events. Happy reading.