For anyone looking to add some excitement to their reading list over the summer, here’s a round up of books that we think are perfect for those long summer nights. 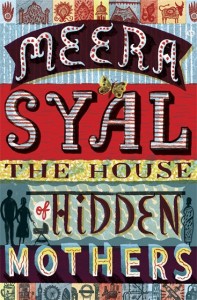 Meera Syal’s much awaited third novel, The House of Hidden Mothers was published earlier this month. It’s an interesting premise which explores India’s surrogacy industry and the topic of fertility. Written in wonderfully charming prose, The House of Hidden Mothers, is the perfect companion on a weekend break. The narrative switches from London to India, following the stories of two women, Shyama and Mala. Aged forty four, Shyama has fallen in love with a younger man and wants to have another child, but her body is telling her otherwise. Meanwhile, thousands of miles away Mala is trapped in an oppressive marriage and dreams of escape. 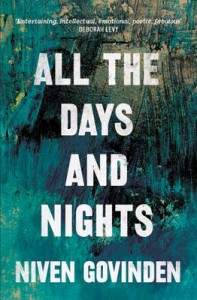 Out in paperback in mid-July, Niven Govinden’s All the Days and Nights might not be an obvious choice for a holiday read. This is beautiful writing, literary fiction at its best which is why it shouldn’t be read quickly. Perfect to take away for a week-long beach holiday when you have the time and energy to mull over Govinden’s prose. Dying artist, Anna Brown is working on her final portrait. Obsessive and secretive, it is a righting of her past failures; her final statement. John Brown, her husband and muse, has left; in search of a painting he sat for; nobody knows whether he will ever return. Anna and John’s story, of their unconventional marriage, of their lives, their life’s work is revealed chapter by chapter. It’s a short book, but you’ll want to go back and read bits again and again.

If you’re looking for love, then look no further than a debut novel we’re publishing at Dahlia this July. When Ali Met Honour is a sublime read, perfect for a long haul flight or long coach trips. Ali and Honour meet in their final weeks of university. They fall in love. But Ali’s a Muslim and his parents want him to marry a girl from back home. And Honour’s an atheist and doesn’t believe in marriage. A will-they-or-won’t-they romance that will sweep you in from the first page and keep you reading. I read the first draft over a weekend: I laughed, I cried, I fell in love all over again. 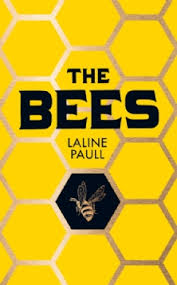 Here’s a debut I’ve been meaning to read ever since Adrienne Loftus Parkins wrote about it in her column. Laline Paull’s Bailey’s shortlisted novel, The Bees tells the story of Flora 717, a worker bee born into the lowest caste of her totalitarian hive society. Though prepared to sacrifice everything for the Queen and work herself to death, she is a survivor who can escape internal massacres, religious purges, and even successfully confront a huge marauding wasp. With each act of bravery her status grows, revealing both the enemies within, and the sinister secrets that rule the hive. But when Flora’s devotion to a life of service is overwhelmed by fierce and forbidden maternal love, she must break the most sacred law of all, and embark on a collision course with everything she holds most dear. It sounds bizarre and wonderful and perfect for anyone looking to escape from the humdrum of every day life.